In a matter of days, the white police officer who fatally shot a Black man in a Minneapolis suburb went from being a respected professional who trained less experienced colleagues and led the department's union, to a criminal defendant held up by community activists as a symbol of police aggression toward Black people.

Former Brooklyn Center police officer Kim Potter shot 20-year-old Daunte Wright in the chest during a Sunday traffic stop while she was training another officer. She offered her resignation Tuesday as outrage grew over Wright's death and Brooklyn Center Mayor Mike Elliott moved to fire her. The 26-year veteran was arrested Wednesday and charged with second-degree manslaughter.

Tim Gannon, the Brooklyn Center Police chief who also resigned Tuesday, has said Potter meant to fire her Taser at Wright. He called the shooting “an accidental discharge.” But activists said that was no excuse; that with her years of experience, Potter should not have made that mistake. And now they want more than her resignation: They want to make sure she can never work as a police officer again. 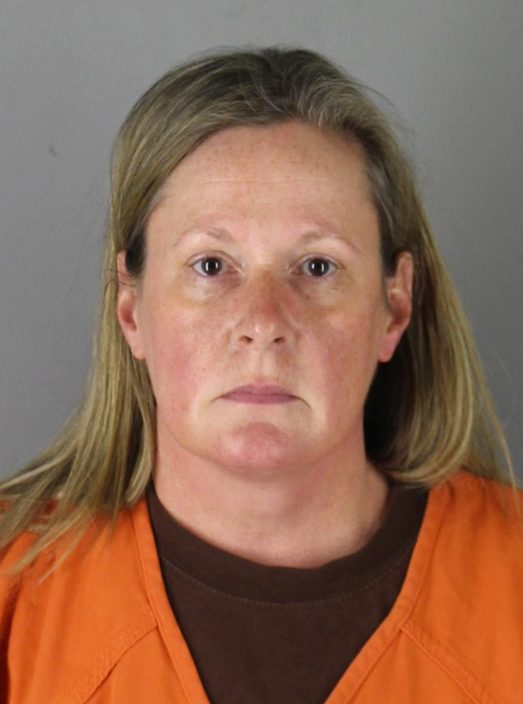 Potter said in a resignation letter that she had “loved every minute of being a police officer and serving this community,” but felt resigning was “in the best interest of the community, the department and my fellow officers.”

For the 48-year-old Potter, being an officer extended far beyond going out on patrol. She also rose to become the local union president and traveled across the state with the Minnesota Law Enforcement Memorial Association’s honor guard, which marches at funerals and memorials for officers killed in the line of duty.

But some Brooklyn Center residents say her decision to pull Wright over on Sunday represented something that was far from honorable: law enforcement's longstanding pattern of targeting Black men for traffic violations. Marquita Butler, a member of the city council, said numerous Black men, including her own brother, complained to her that police had racially profiled them. 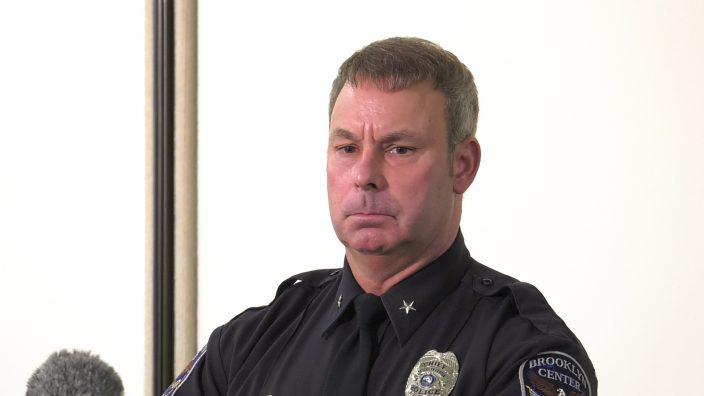 Brooklyn Center, Min., Police Chief Tim Gannon talks to the media on Monday, April 12, 2021. Officer Kim Potter white police officer who fatally shot Daunte Wright, a Black man during a traffic stop on Sunday, in the Minneapolis suburb resigned Tuesday, as did Gannon, moves that the mayor said he hoped would help heal the community and lead to reconciliation after two nights of protests and unrest. (Shari GrossStar Tribune via AP)

Gannon and the city manager met with her brother, she said. Butler credited Gannon for taking the time to explain why people are pulled over. But, she added, “My brother expressed to him the fear of being shot and potentially killed, and the police dismissed that.”

Butler said as the city works to recover from Wright’s death, she wants to make it easier to file complaints with the police department and to “reimagine” what policing looks like.

Elliott, the city's first Black mayor, has said he wants to establish a closer connection between the community and police. He pointed out that among the city's roughly 50 police officers, “very few” are people of color and none live in Brooklyn Center. 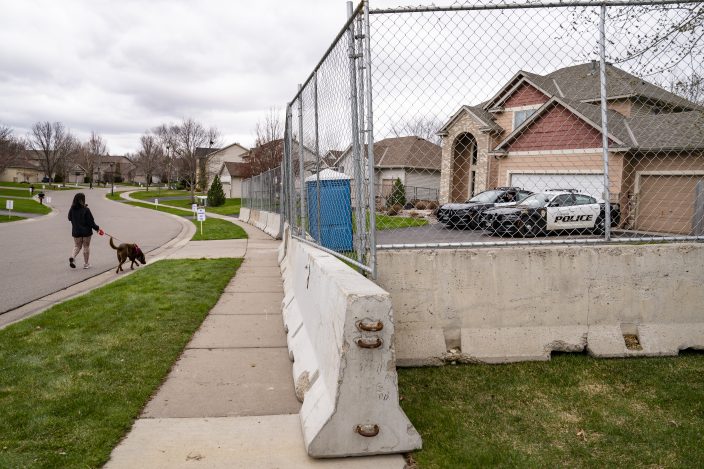 Jonathan Mason, who mentored Wright while he was in high school, said he and other community activists are seeking the release of Potter’s service record, including potential complaints about her previous interactions with residents of color. The city has so far not responded to any such records requests, including from The Associated Press. Potter's attorney, Earl Gray, did not return a request for comment.

Minnesota public records show Potter obtained her license to become a police officer in February 1995. She had graduated the previous year from Saint Mary's University of Minnesota with a major in criminal justice.

In 2019, the year she came union president, she guided several other officers through the aftermath of a police shooting of a man with autism, according to a report from the Hennepin County Attorney’s office. She arrived at the scene soon after officers fatally shot the man, who had allegedly tried to stab an officer with a knife, the report said.

After medics arrived, Potter instructed the two officers who shot the man to get into separate squad cars, turn off their body cameras, and not to speak to each other. Later, acting as union president, she accompanied two other officers who were at the scene during the shooting when they were interviewed by investigators.

Through the years, the police department recognized Potter for actions in several dangerous situations, according to the Sun Post, a local newspaper. In 2014, she responded to a house fire and was credited with helping save nine people inside. In 2016, she was part of a group of officers who responded to several violent crimes, including one in which officers tried to save the victim’s life while also gathering testimony.

Potter's husband, Jeff Potter, was a police officer and instructor in the nearby Minneapolis suburb of Fridley for 28 years. When he left the department in 2017, a police captain praised him for his dedication and lauded his work training officers in the use of force, firearms and Tasers.

Kim Potter was training another officer on Sunday when they stopped the car Wright was driving. Bodycam video released by Brooklyn Center shows the other officer begins to arrest Wright, who had been issued a warrant for his arrest on a weapons charge.

In the video from Potter's bodycam, she tries to assist the officer in arresting Wright, placing her hand on Wright's arm. But then he makes a break for his car and gets behind the wheel.

After Potter fires a single shot, the car speeds away, and Potter is heard saying, “Holy (expletive)! I shot him.”

On Wednesday, Potter was booked into the Hennepin County Jail. Concrete barriers and chain-link fencing surrounded the green lawn of her home in Champlin, a suburb that sits along the Mississippi River north of Minneapolis. Two police vehicles sat in the driveway.

Man charged with murder, tampering with body in wife ...

A Colorado man arrested in the dea ...

Broncos waive 2nd veteran who got hurt training on his ...