Arihara (1-1) allowed two singles and a double over 5 2/3 scoreless innings in his third start since signing with the Rangers after six seasons with the Hokkaido Nippon-Ham Fighters of Japan's Pacific League.

Lowe, a former Rays draft pick traded from Tampa Bay to Texas in December, went deep against ex-teammate Josh Fleming (0-1) for a 1-0 lead the Rangers clung to until David Dahl’s two-run double and Adolis García’s two-run triple broke it open in the seventh. 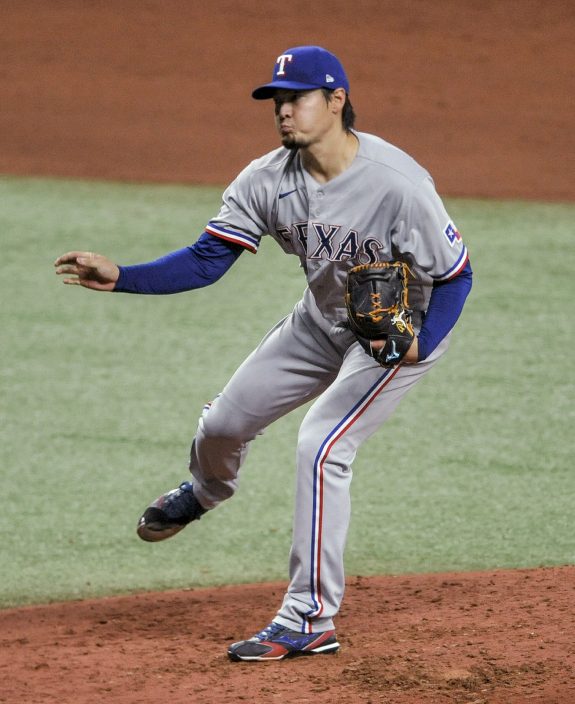 Fleming struck out five and walked none before being replaced by John King with two outs in the fifth.

The Rays avoided a shutout when Brandon Lowe homered leading off the ninth against reliever Kyle Cody.

Fleming yielded one run and four hits over five-plus innings in his season debut. The 24-year-old left-hander went 5-0 with a 2.78 ERA in seven appearances (five starts) last season while helping Tampa Bay compile the best record in the AL. 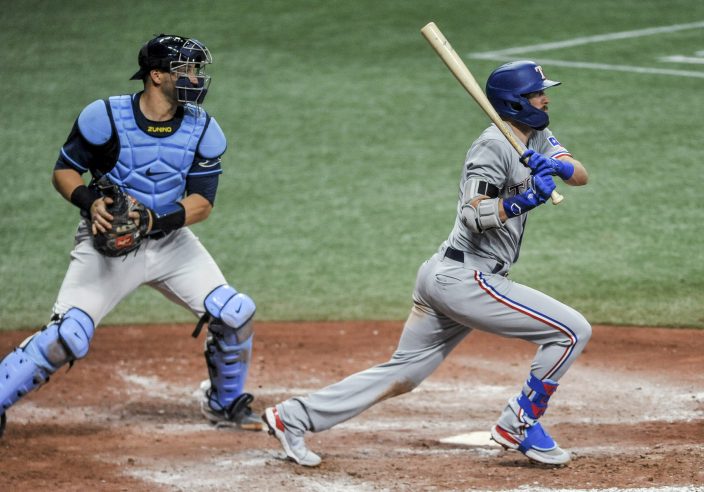 The sputtering Rays have been held to 13 runs over their past five games — five through the first three nights of a four-game series the concludes Thursday.

The Rays have used seven starting pitchers this season, the most in franchise history through 12 games. Fleming became the 34th player and 19th pitcher used by last year's AL champions, both major league highs. 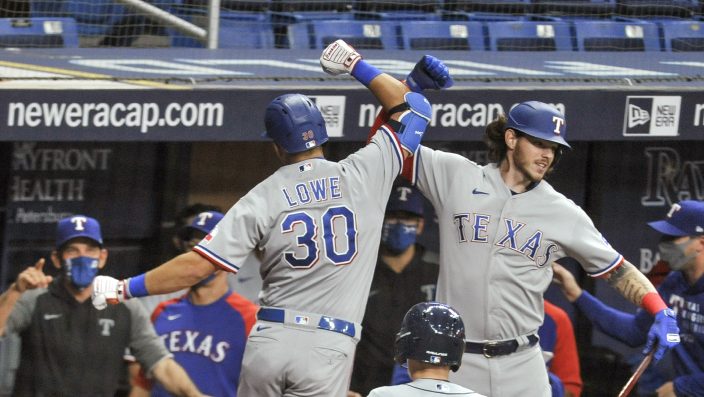 Rangers: OF/DH Willie Calhoun (left groin strain) is active at the team’s alternate training site, and would have to stay there through at least Friday under COVID-19 protocols, though it’s not certain will be recalled when available Saturday. “Willie is just a matter of if we feel like he’s had enough at-bats and we want to bring him up,” manager Chris Woodward said. ... Woodward does anticipate 3B Brock Holt (right hamstring) being ready when he is eligible to come off the injured list Saturday. He is with the team in Florida, going through workouts.

Rays: RHP Chris Archer, who’s less than a week into a stint on the 10-day injured list due to right lateral forearm tightness, played light catch Wednesday. “He’s still feeling it some ... but certainly making progress, so we’re happy with that,” manager Kevin Cash said. 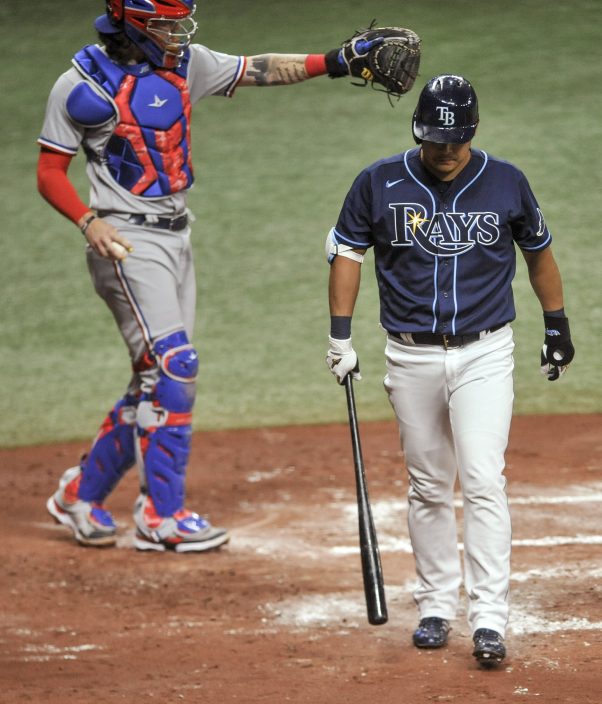 Texas Rangers catcher Jonah Heim gestures toward the mound as Tampa Bay Rays' Yoshi Tsutsugo walks to the dugout after striking out during the second inning of a baseball game Wednesday, April 14, 2021, in St. Petersburg, Fla. (AP PhotoSteve Nesius)

The four-game series concludes with lefty Rich Hill (1-0, 7.20) starting for the Rays as they seek a split. Right-hander Jordan Lyles (1-0, 4.50) takes the mound for the Rangers. 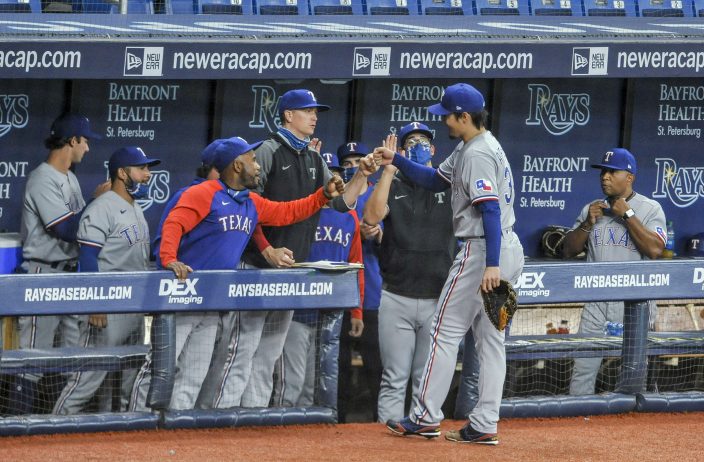 Texas Rangers greet starting pitcher Kohei Arihara at the dugout after he was pulled during the sixth inning against the Tampa Bay Rays in a baseball game Wednesday, April 14, 2021, in St. Petersburg, Fla. (AP PhotoSteve Nesius) 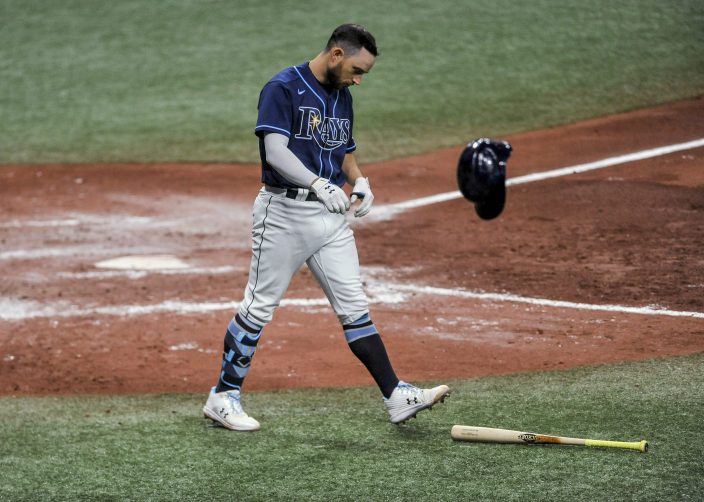 Tampa Bay Rays' Brandon Lowe tosses his helmet after striking out during the sixth inning of the team's baseball game against the Texas Rangers on Wednesday, April 14, 2021, in St. Petersburg, Fla. (AP PhotoSteve Nesius)