Julius Randle scored 32 points against his former team and the New York Knicks clamped down defensively on Zion Williamson for a 116-106 victory over the New Orleans Pelicans on Wednesday night.

Alec Burks scored New York's first 11 points of the fourth quarter, added a crushing 3 and finished with 21 points for the Knicks, who've won four straight for the first time this season.

Williamson, who came in having scored at least 30 points in three straight, mustered 25 points against a Knicks defense that packed the paint to stop him. But he scored just four points during the final 19 minutes — two of those on free throws. 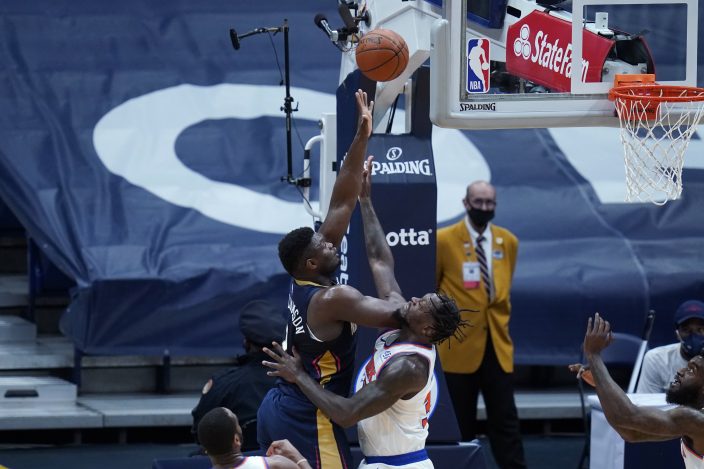 Having won five of seven, the Knicks (29-27) are currently in the Eastern Conference playoff picture — within a couple games of a top-four seed — with 16 contests left in the regular season.

Randle's highlights included a double-pump, fall-away jumper while being fouled by James Johnson to put the Knicks up 107-97 with 5:50 left. And the way New York was playing defense, the Pelicans couldn't get within six points after that. 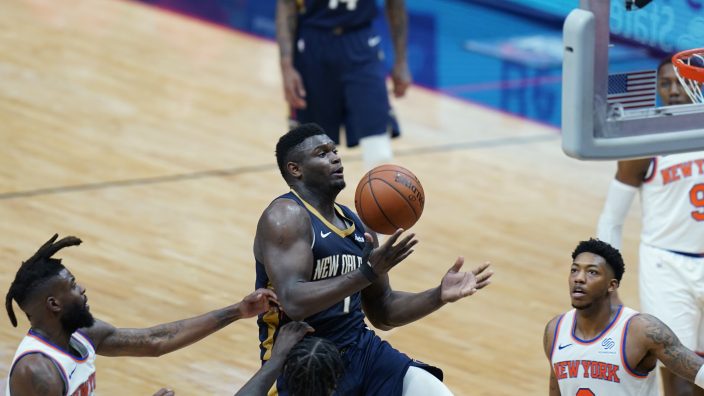 New Orleans Pelicans forward Zion Williamson (1) is fouled as he drives to the basket between New York Knicks forward Reggie Bullock, left, and guard Elfrid Payton in the second half of an NBA basketball game in New Orleans, Wednesday, April 14, 2021. (AP PhotoGerald Herbert)

Making eight of their first 15 3s, the Knicks opened up an 11-point lead during the second quarter when Immanuel Quickley's 3 made it 45-43.

But New Orleans regained momentum soon after, starting with Johnson's 3 and a pair of inside baskets by Williamson. That ignited a 16-6 run to close the half, with the Pelicans pulling to 53-52 on Steven Adams' reverse fast-break layup on a long pass from Ingram. 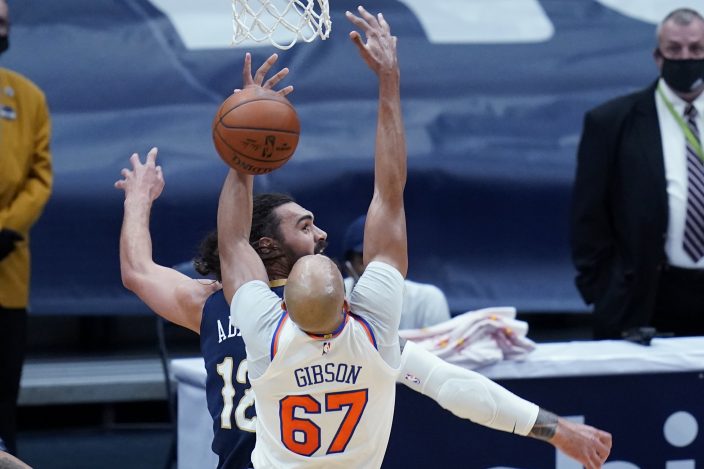 Neither team got much separation during a fast-moving, back-and-forth third quarter. New Orleans matched its largest lead when Ingram's layup made it 87-82. But the Knicks responded with an 11-2 run to close the quarter, starting with Bullock's 3.

Derrick Rose added a driving floater and step-back jumper at the horn to give the Knicks a 93-89 lead. 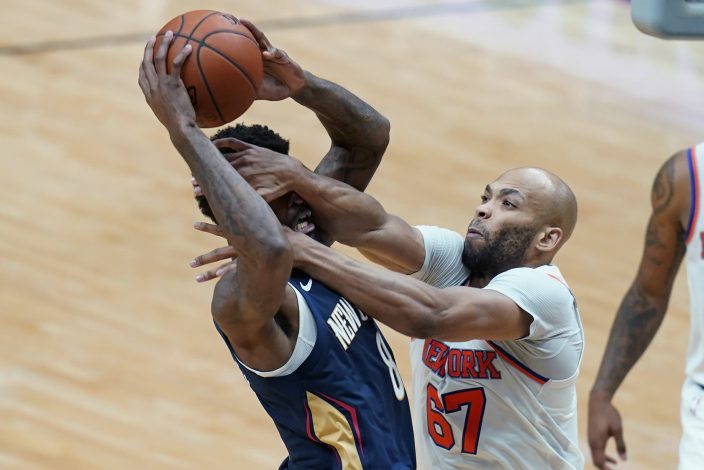 Pelicans: Guard Lonzo Ball missed his fourth straight game with a sore left hip flexor. Naji Marshall started in his place and had 14 points and nine rebounds. .... Pelicans coach Stan Van Gundy said Marshall did not start the Pelicans' victory over Sacramento on Monday because of “a little situation that happened within the team." Van Gundy did not elaborate other than adding, “It wasn’t a major deal.” ... Wes Iwundu, who started for Marshall on Monday and had 11 points and seven rebounds, played just four minutes against New York and had one rebound. ... Johnson scored 13 points. ... Adams grabbed 10 rebounds.

Knicks: Visit Dallas on Friday night before a Sunday afternoon rematch with New Orleans to open a six-game home stand.

Pelicans: Visit Washington on Friday night in the first of two straight on the road.