Gregory Polanco homered and the Pittsburgh Pirates defeated the San Diego Padres 5-1 on Wednesday night, beating Joe Musgrove in his first start since throwing the first no-hitter in franchise history.

Polanco hit a solo shot into the right-field stands in the second inning. That ended a 32-inning scoreless streak by Musgrove that dated to last season when he was still with the Pirates.

Musgrove (2-1) allowed only one run in four innings but was lifted for a pinch-hitter after his pitch count reached to 81. He threw 112 pitches in the no-hitter last Friday against the Rangers in Texas. 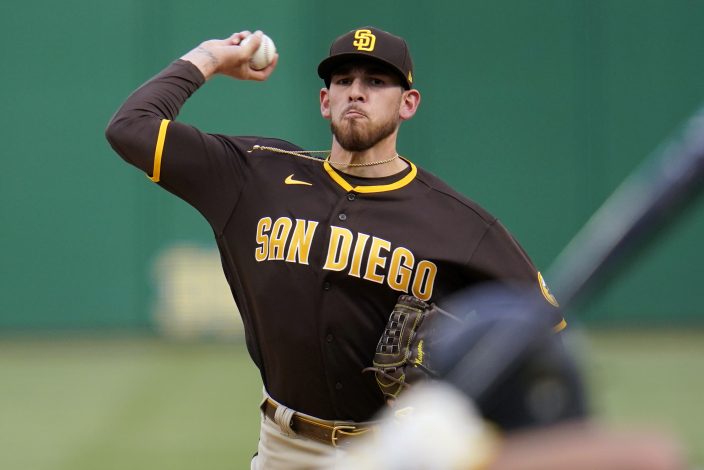 Bryan Reynolds ruined Musgrove’s bid for a second no-hitter quickly when he flared a two-out single to left field in the first inning. Johnny Vander Meer remains the only pitcher in MLB history to pitch back-to-back no-hitters, performing the feat for the Cincinnati Reds in 1938.

Musgrove said all those pitches last week took their toll.

“Physically, I still hadn’t recovered from the no-hitter,” Musgrove said. “I hadn’t had that many ups and downs or that many pitches in a long time. 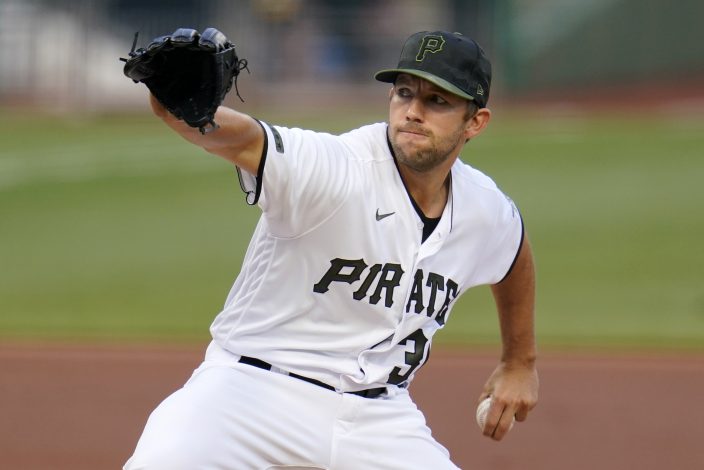 “I felt good coming into the game, but then I felt like I was underwater after the first inning. My arm wasn’t able to catch up to my body and I wasn’t getting extension on my pitches. I did whatever I could to keep us in the game, but I clearly didn’t have my best stuff.”

Pittsburgh wound up getting four hits off Musgrove, who struck out six and walked two. The Pirates traded Musgrove, a San Diego area native, to the Padres in January and he was facing his former team for the first time.

Tyler Anderson (1-2) gave up one run in 5 1/3 innings to get his first win with the Pirates. Signed as a free agent in February, the left-hander gave up one run and four hits with two strikeouts and two walks. 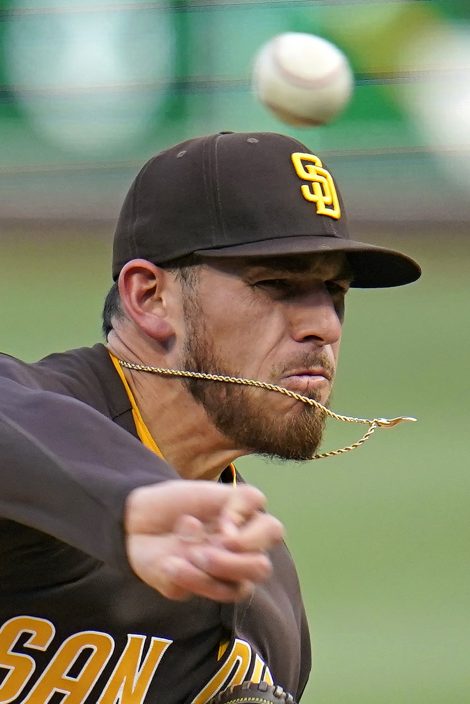 “I did get a good job of getting groundballs when I needed them and that really helped a lot,” Anderson said.

Polanco had a perfect game at the plate, going 2 for 2 with two walks. Pittsburgh’s Adam Frazier had two doubles among three hits.

Polanco’s home run opened the scoring. He entered the day hitting .138 and did not start the first two games of the series so he could put in extra pregame work with hitting coach Rick Eckstein. Polanco tweaked his swing mechanics while out of the lineup.

“I felt like I was on time with my swing, that I was getting my front foot down quicker,” Polanco said.

Frazier doubled to lead off the fifth and scored on Colin Moran’s two-out double to increase the Pirates’ lead to 2-0.

The Padres cut the deficit in half in the sixth on Tommy Pham’s RBI single. That was all the offense San Diego managed.

“There is some frustration in the clubhouse right now,” San Diego manager Jayce Tingler said. “It seems like when we had good pitches to hit, we fouled a lot of them off.”

A two-run single by Frazier capped a three-run eighth and extended the Pirates’ lead to 5-1.

The Padres made changes to their bullpen after their relievers were forced to cover 7 1-3 innings in Tuesday’s night loss when Blake Snell was knocked out in the first inning.

RHPs Dan Altavilla and Pierce Johnson were activated from the injured list. RHP Taylor Williams (right knee inflammation) was placed on the 10-day IL and RHP Nabil Crismatt was optioned to the alternate training site after pitching five innings Tuesday.

Padres: RF Wil Myers (patellar tendinitis in right knee) did not start but pinch hit in the seventh and grounded into an inning-ending double play. He could be back in the lineup Thursday. … RHP Dinelson Lamet (strained elbow ligament) is scheduled to throw 70 pitches in a simulated game Thursday at the alternative training site.

Pirates: 3B Ke’Bryan Hayes (strained left wrist) has started swinging a bat and taking fielding practice but no timetable has been set for his return. … LHP Austin Davis (sprained left elbow) will pitch live batting practice later this week for the first time this season.

An investigation has begun into th ...

José Ramírez picked up a pair of R ...