Michael Fulmer earned his first win since 2018 and the Detroit Tigers built a big lead before holding off the short-handed Houston Astros 6-4 Wednesday night for a three-game sweep.

Outscored 14-4 in losing the first two games with a full roster, the Astros went into the wrapup after putting five players, including stars José Altuve, Alex Bregman and Yordan Álvarez, on the COVID-19 injured list.

Jeimer Candelario had three hits and two RBIs for Tigers, who took advantage of a wild performance by Lance McCullers Jr. (1-1) to pile up six runs in four innings with only a double and a smattering of singles. The small-ball display came a night after Detroit scored all its runs in an 8-2 win via five homers. 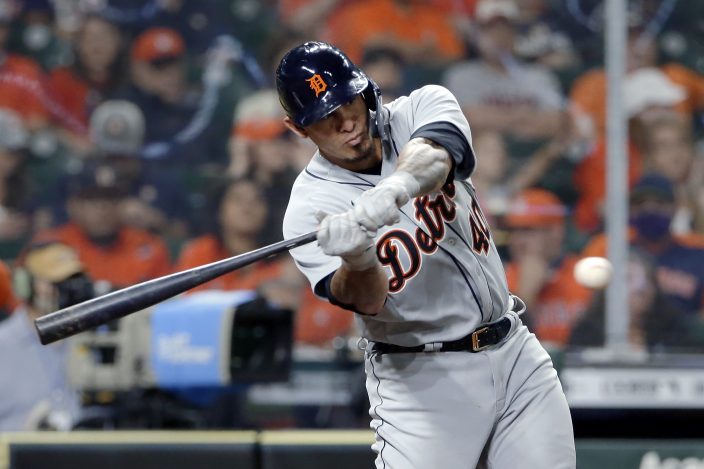 Detroit Tigers' Wilson Ramos swings for his one run RBI during the fourth inning of a baseball game against the Detroit Tigers Wednesday, April 14, 2021, in Houston. (AP PhotoMichael Wyke)

The Astros trailed 6-3 going into the ninth and loaded the bases with no outs. Bryan Garcia retired the next two batters before walking Yuli Gurriel to force home a run. Garcia then struck out Kyle Tucker to get his second save.

Detroit manager A.J. Hinch wrapped up a triumphant return to Houston with the sweep that followed the Tigers losing their previous four games and six of seven. It was his first meeting with the Astros since being suspended by Major League Baseball and subsequently fired in January 2020 for his role in the team’s sign-stealing scam.

Fulmer (1-0) yielded three hits and two runs over five innings. It was his first start this season after three relief appearances. 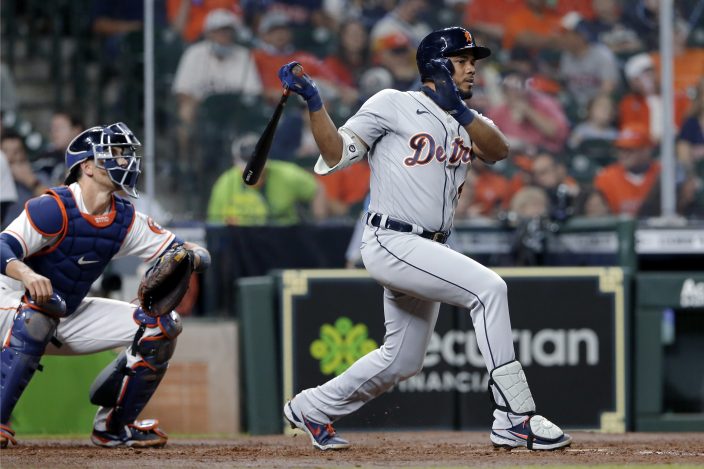 The 28-year-old right-hander lost two games in 2020 when each of his 10 starts were limited to three innings as he recovered from the procedure.

Jason Castro’s two-run homer cut the lead to 6-2 in the Houston fifth. Daniel Norris took over for Fulmer to start the sixth and allowed an RBI single by Gurriel. 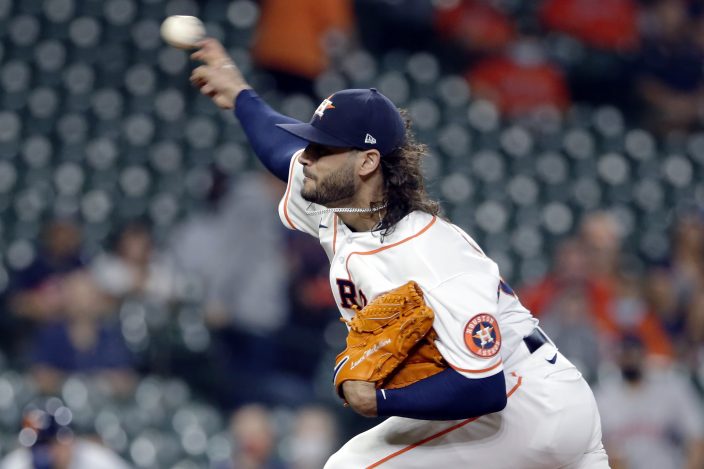 The Astros loaded the bases with one out in the eighth, but Abraham Toro grounded into a double play to end the threat.

McCullers plunked Renato Núñez before walking Jonathan Schoop to start the second. The Tigers took a 1-0 lead on an RBI double by Akil Baddoo before adding another one on a groundout by Niko Goodrum. Robbie Grossman’s two-out single scored Baddoo to make it 3-0.

McCullers continued to struggle with control in the fourth inning, walking Schoop with no outs and allowing him to advance to third on a wild pitch with one out. McCullers then walked Goodrum before hitting Grossman with a pitch with two outs to end his night. 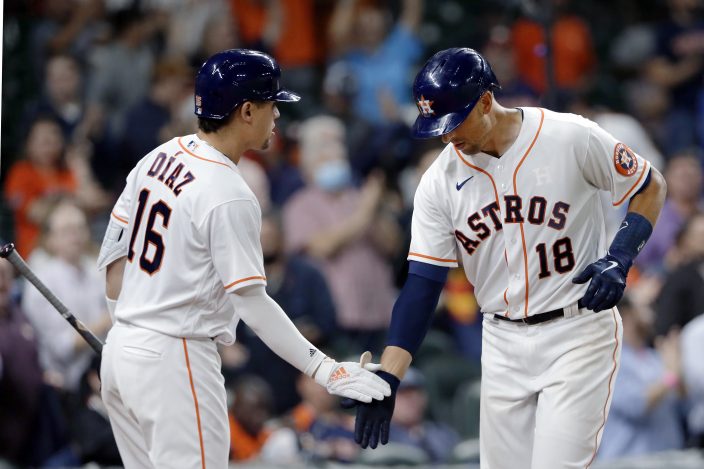 Joe Smith took over and was greeted by Candelario’s two-run single that extended the lead to 5-0. A bloop single by Wilson Ramos drove in another run to put the Tigers up 6-0.

Tigers: RF Nomar Mazara left the game during an at-bat in the fourth inning with a side injury.

Astros: C Martín Maldonado and INF Robel Garcia were the other players forced to sit out due to health and safety protocols. It’s unclear how long any of the players sidelined by health and safety protocols will be out. General manager James Click said he couldn’t say if a player had tested positive for COVID-19 or been exposed to someone who had and that the length of each player’s absence would be determined by contact testing that is being performed.

Astros: Are off on Thursday and haven’t yet announced their rotation for a three-game series at Seattle which begins on Friday night.