Stephen Curry scored 25 of his 42 points in the third quarter, and the Golden State Warriors ran away from the Oklahoma City Thunder 147-109 on Wednesday night.

Curry went 8 for 8 from the field and made all six of his 3-point attempts in the third quarter to post his high point total for a quarter this season. He was coming off a 53-point game against the Denver Nuggets on Monday that made him the franchise's career scoring leader. He followed it by making 11 of 16 3-pointers and 14 of 20 shots overall. Draymond Green had a triple-double with 12 points, 16 assists and 10 rebounds for the Warriors. It was his fourth triple-double this season and the 28th of his career. He fueled a Golden State offense that matched a franchise record with 24 3-pointers.

Darius Bazley had 22 points and eight rebounds, and Moses Brown added 18 points and 12 rebounds for Oklahoma City. The Thunder have lost eight straight, all by double digits. They continue to play without leading scorer Shai Gilgeous-Alexander, who has been out since late March with plantar fasciitis in his right foot.

Golden State led 36-32 at the end of the first quarter before taking control. The Warriors led by as many as 27 in the second quarter and took a 75-54 advantage into the break. It was the most points the Warriors have scored in a half this season. Golden State made 13 of 25 3-pointers in the first half and shot 55% overall. 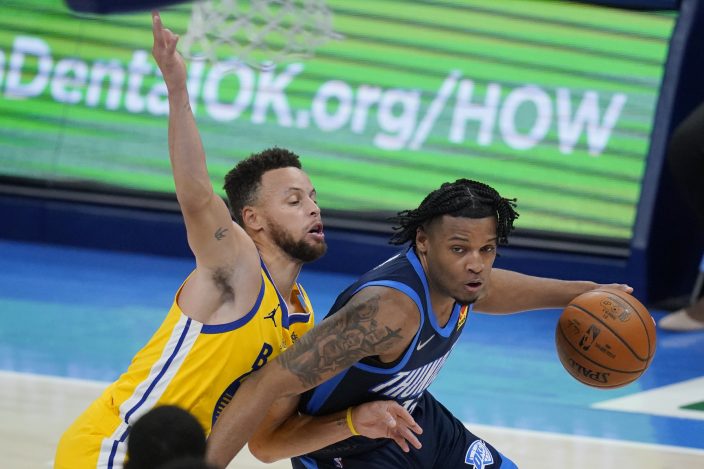 Andrew Wiggins' two-handed jam in traffic put the Warriors up 96-68 in the third and brought Golden State's bench players out of their seats. Curry left the game for good with 32.5 seconds left in the third.

The Warriors led 125-83 after three quarters. Their 50-point third quarter was the highest by any team in any quarter this season. 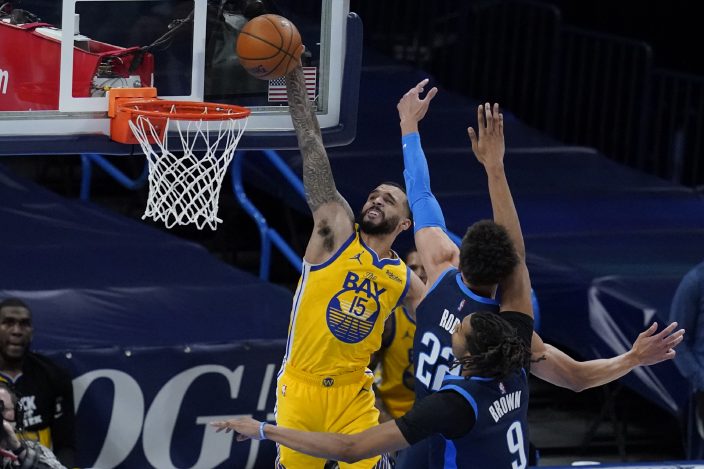 Warriors: Guard/forward Kelly Oubre Jr. missed his third straight game with a sprained left wrist. ... Green had six assists in the first quarter. ... Shot 61% from the field in the second quarter while holding Oklahoma City to 32% shooting. ... Curry also had eight assists and six rebounds.

Thunder: Guard Lu Dort sat out with left shoulder soreness the day after he scored a career-high 42 points at Utah. ... Rookie forward Aleksej Pokusevski sat out with right arm soreness. ... Forward Isaiah Roby fouled out. ... Shot just 7 of 27 on 3-pointers and made 14 of 25 free throws. 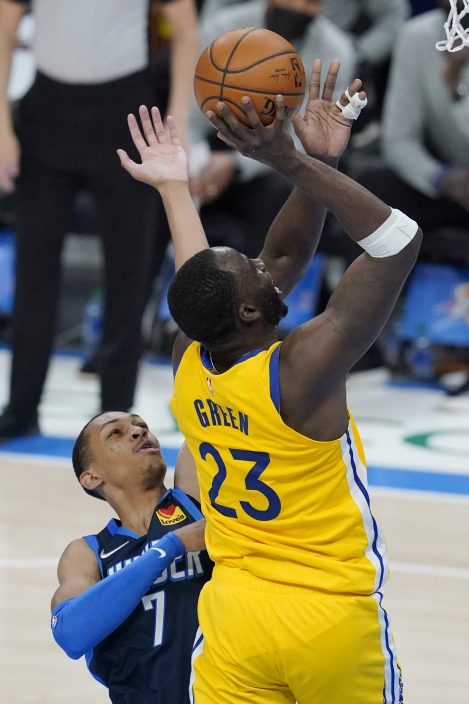