Max Pacioretty and Tomas Nosek each had a goal and two assists, Marc-Andre Fleury made 21 saves and the Vegas Golden Knights beat the Los Angeles Kings 6-2 on Wednesday night.

Fleury got his 485th win, breaking a tie with Ed Belfour for fourth place in NHL history.

Alex Tuch, Chandler Stephenson, Mark Stone and Alex Pietrangelo also scored for the Golden Knights, who have won four straight. They went 6-2-0 in the eight-game season series against Los Angeles. 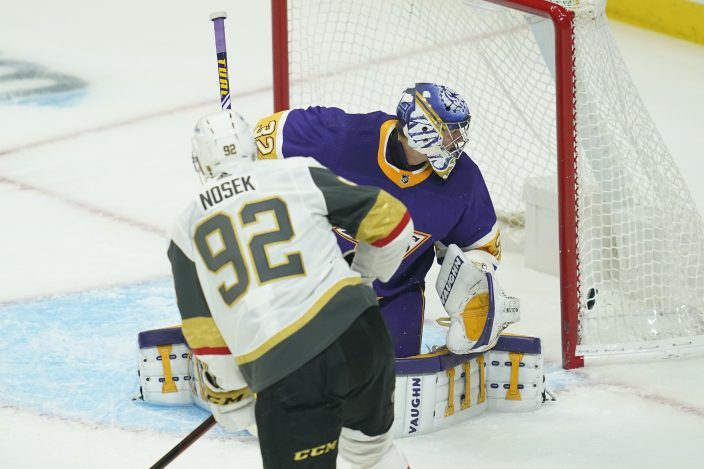 Trevor Moore scored twice in his first multigoal game for the Kings, who have lost nine of 12. Jonathan Quick was replaced after allowing three goals on eight shots in the first period, and Cal Petersen made 21 saves in relief.

Picking up where they left off in a 4-2 win over the Kings on Monday, the Golden Knights highlighted their speed and transition play to take a 1-0 lead 7:18 into the game. Nosek kept the puck during a 2-on-1 rush to beat Quick with a wrist shot to the near post from the right circle, scoring his eighth goal.

Tuch made it 2-0 at 11:04 in nearly identical fashion, beating Quick to his glove side with a wrist shot off the rush with just under 9 minutes left in the opening period.. 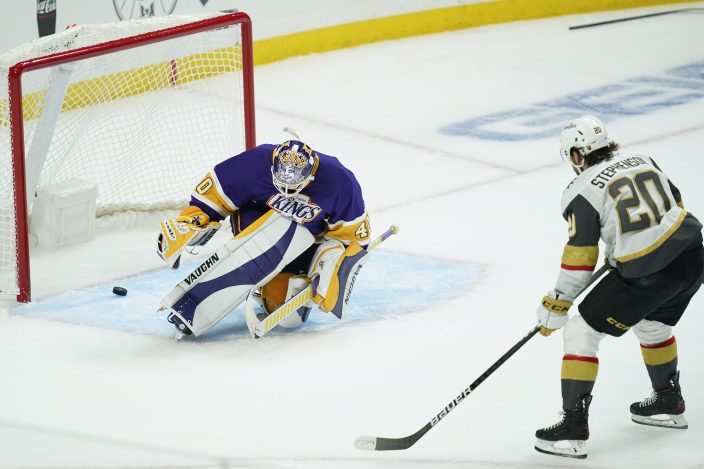 The Kings cut it to 2-1 with 6:22 remaining when Moore scored on a power play, but Quick misplayed Pacioretty’s dump in from outside the blue line to put the Golden Knights back up 3-1 less than two minutes later.

Stephenson made it 4-1 with 4:13 left in the second, scoring on a breakaway set up by Pacioretty’s clever tip pass at the blue line.

Moore got the Kings back within 4-2 with 1:38 to go in the middle period when Kempe found him with a stretch pass to set up a 2-on-1 rush. 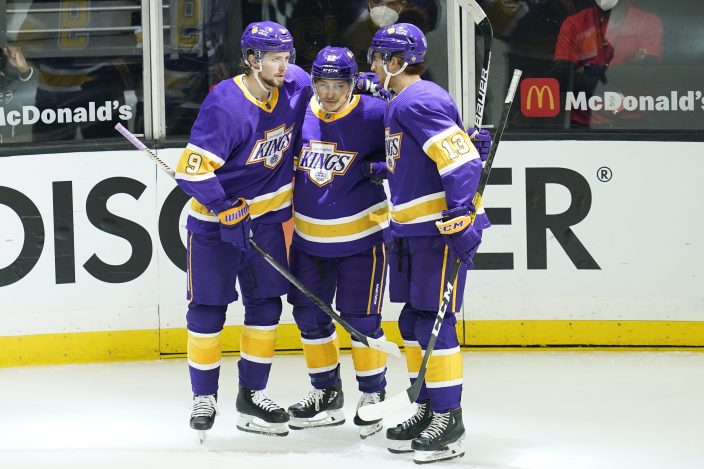 Stone buried a one-timer from Pacioretty to put the Golden Knights up 5-2 at 5:30 of the third.

Pietrangelo made it 6-2 at 10:53 when his shot took an awkward deflection off Brendan Lemieux’s stick.

Mattias Janmark had an assist in his first game for Vegas after being acquired from Chicago in a trade Monday. He was a plus-two in 15:25, playing on the third line with Nosek and Tuch.

Golden Knights: At Anaheim on Friday.

Kings: At Colorado on Friday.