Nikola Jokic had 17 points, 11 assists and 10 rebounds for his 15th triple-double of the season to lead the Denver Nuggets over the Miami Heat 123-106 on Wednesday night.

Michael Porter Jr. added 25 points and 10 rebounds for the Nuggets. Six Denver players scored in double figures in the team's first game without Jamal Murray, who is out for the rest of the season.

Murray was hurt in the final minute of Monday’s loss at Golden State when he planted his left foot to go up for a layup. An MRI confirmed an ACL tear and dealt Denver’s title hopes a serious blow. 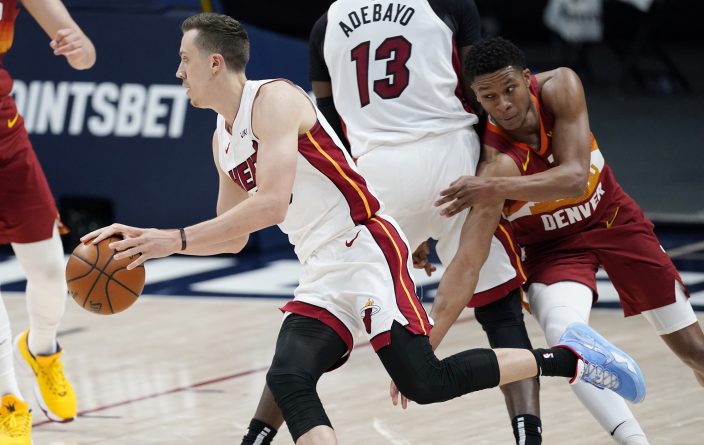 “Jamal’s devastated, understandably so,” coach Michael Malone said before the game. “I think the team is also a little. We understand the importance of Jamal Murray. We’re a better team when Jamal’s healthy.”

Jimmy Butler had 13 points and nine assists for the Heat a night after he rolled his right ankle in a loss at Phoenix. Bam Adebayo led Miami with 21 points and Kendrick Nunn added 16 points.

The Nuggets led by 11 at halftime and stretched it to 15 late in the third quarter. JaMychal Green and P.J. Dozier made 3-pointers early in the fourth to open up a 20-point lead. 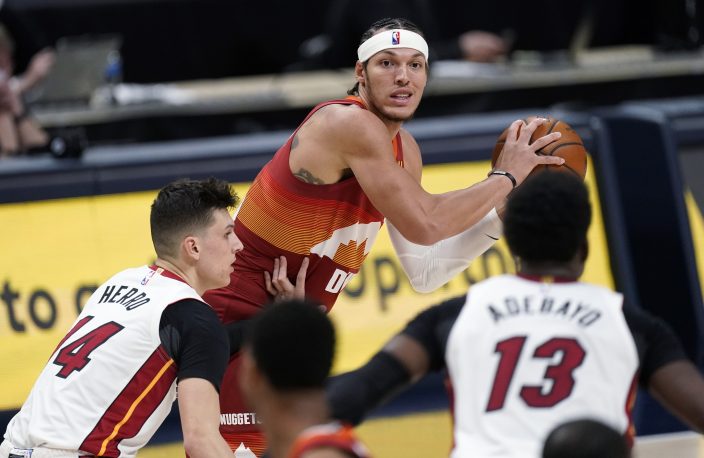 Heat: G Goran Dragic was unavailable so he could rest with Miami playing on consecutive nights. “This situation is just something we want to monitor and be smart about,” coach Erik Spoelstra said before the game. “He’s feeling great. Our schedule is pretty busy, and we think this will help.” ... G Victor Oladipo (right knee soreness) is not on the road trip. 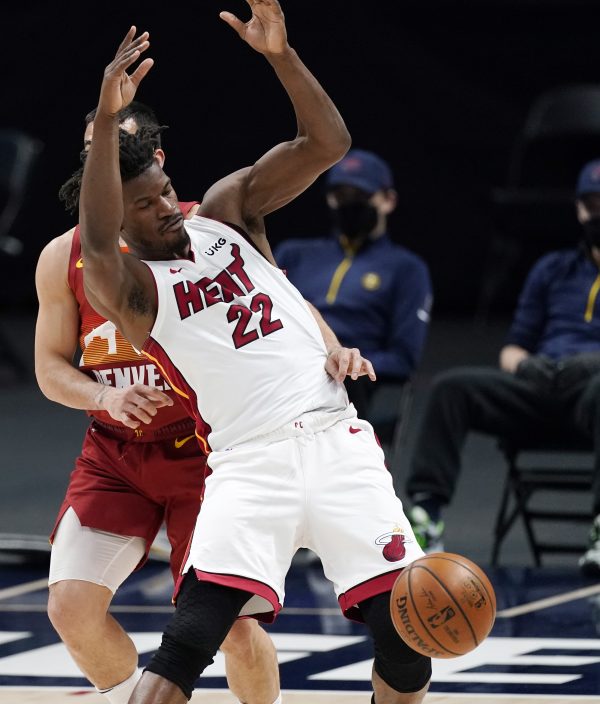 Nuggets: G Shaquille Harrison was inactive for the fourth straight game due to health and safety protocols. ... Denver is 10-2 in its last 12 home games after starting the season 9-8 at Ball Arena.

Malone was asked before the game about the possibility the team will sign guard Austin Rivers to a 10-day contract. Malone said it will be difficult to integrate a new player with just 17 games left in the regular season. 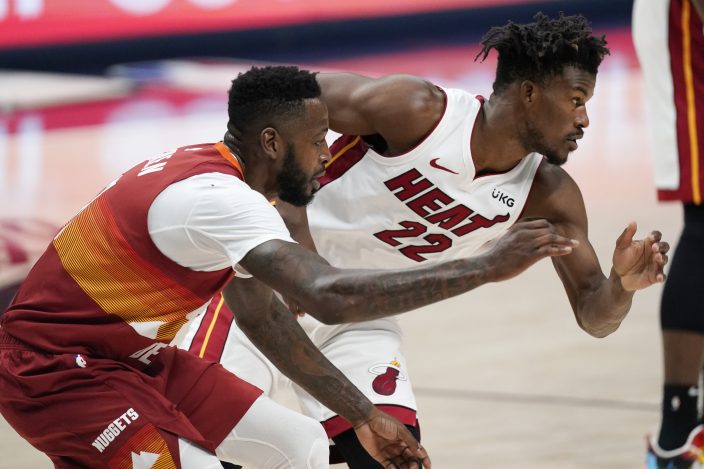 “There’s not a lot of practice time, because it seems like we play every day, every other day,” he said. “It makes it challenging to bring anybody in at this point.”

Heat: At Minnesota on Friday to wrap up a four-game trip. The Timberwolves have won four straight over Miami. 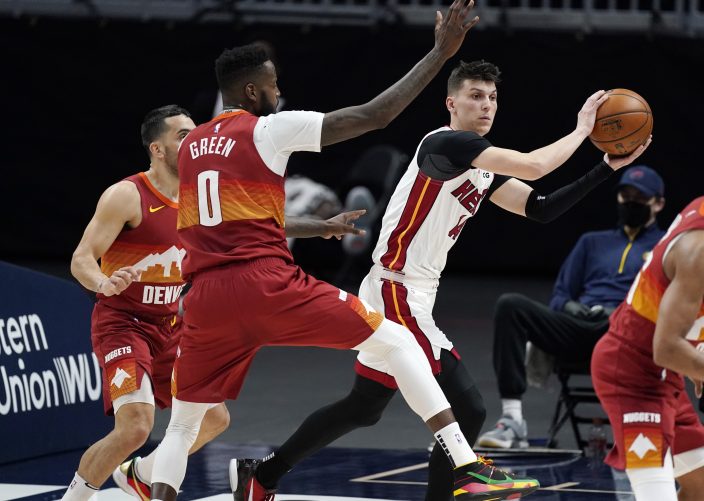 Nuggets: At Houston on Friday. 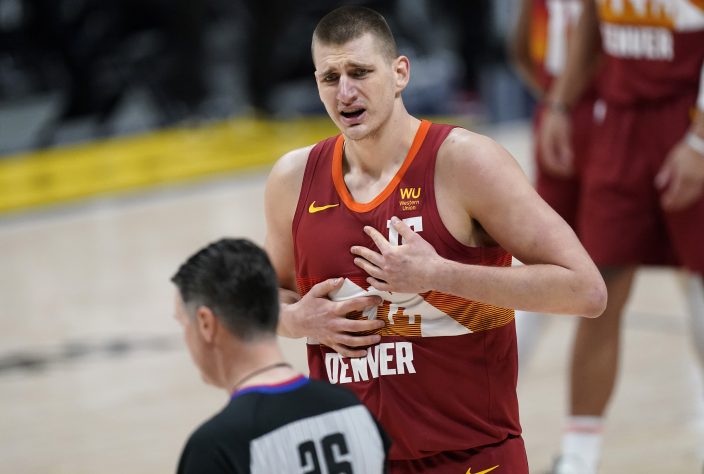 Denver Nuggets center Nikola Jokic argues with referee Pat Fraher for a call during the first half of the team's NBA basketball game against the Miami Heat on Wednesday, April 14, 2021, in Denver. (AP PhotoDavid Zalubowski)

Column: Garrick Higgo, the latest South African on the ...

Justin Thomas doesn't have many re ...