Anthony Stolarz made 27 saves, Ryan Getzlaf scored his first goal in more than a month and the Anaheim Ducks completed a two-game sweep of the San Jose Sharks with a 4-1 win Wednesday night.

Stolarz followed up a 46-save performance in a 4-0 win Monday night with another strong performance against the struggling Sharks. He came within 2:16 of becoming the first Ducks goalie with shutouts in back-to-back games since John Gibson in December 2015. 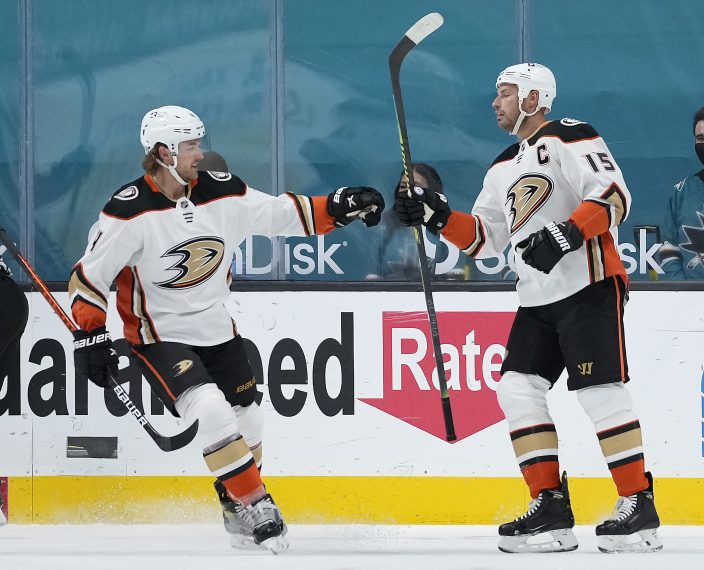 Josef Korenar made 23 saves in his first career start for San Jose, but got little help from his teammates.

Erik Karlsson's goal with the goalie pulled late in the third was the only time San Jose got one past Stolarz in the two-game series.

The Sharks lost four of five games on a homestand against Anaheim and Los Angeles, the bottom two teams in the West Division, to put a dent in their dwindling playoff hopes. San Jose is four points behind St. Louis for the final playoff spot. 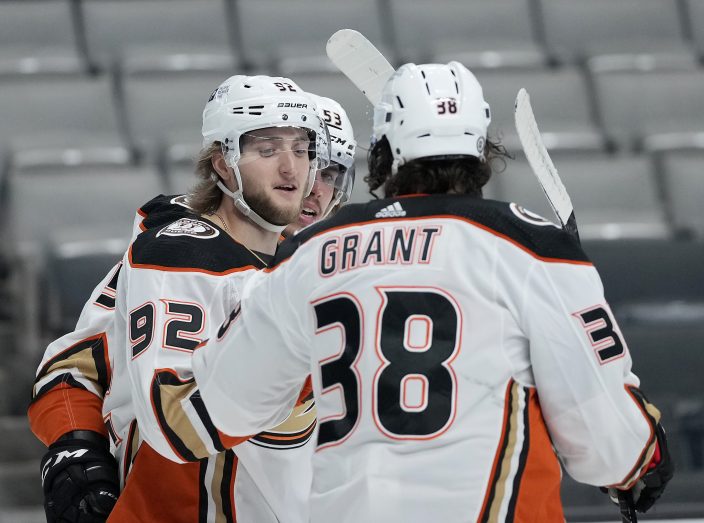 Getzlaf got the Ducks going in the first after a turnover by Karlsson in the defensive zone. Getzlaf beat Ryan Donato for position in front and tapped in a pass from Troy Terry for his first goal since March 6.

Anaheim build on that lead in the second when Grant deflected a point shot from Josh Manson past Korenar.

The Sharks then responded with a few good shifts, but couldn't get anything past Stolarz. They fell behind 3-0 when Volkov was left alone in front to beat Korenar. 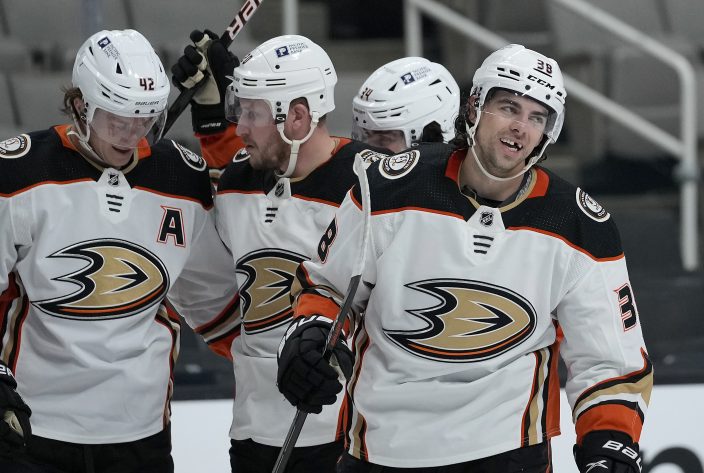 Silfverberg added a goal in the closing minute on the power play.

The frustration for the Sharks led to a pair of fights in the third period with Dylan Gambrell taking on Manson in the first and Radim Simek squaring off with Max Comtois in the second. 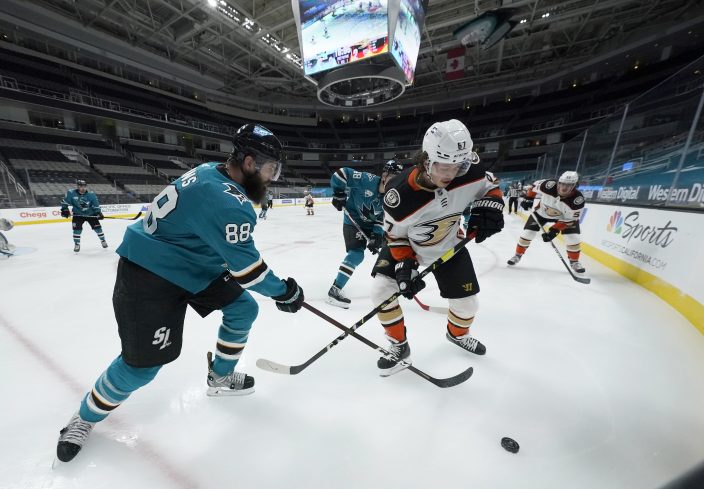 The Sharks made some lineup changes after losing three of four games. Rudolfs Balcers moved up to the top line with Logan Couture and Evander Kane with Kevin Labanc dropping to the second line. Fredrik Handemark got the nod as fourth-line center and defenseman Nicolas Meloche replaced Christian Jaros on the third pair.

Defenseman Haydn Fleury made his debut for Anaheim after being acquired in a deal from Carolina before the deadline.

Even though “Super Frank Lampard” ...