Luke Raley got his first career hit in the eighth inning for the major league-leading Dodgers, who have won 10 of 11 while remaining unbeaten in their past 11 games at Dodger Stadium since last Sept. 23.

C.J. Cron slowed his slump with two hits for the Rockies, who lost their fifth straight despite snapping their 26-inning scoreless streak since last Saturday with Trevor Story’s RBI single in the fifth. Colorado couldn't score in the final four innings against Los Angeles' bullpen. 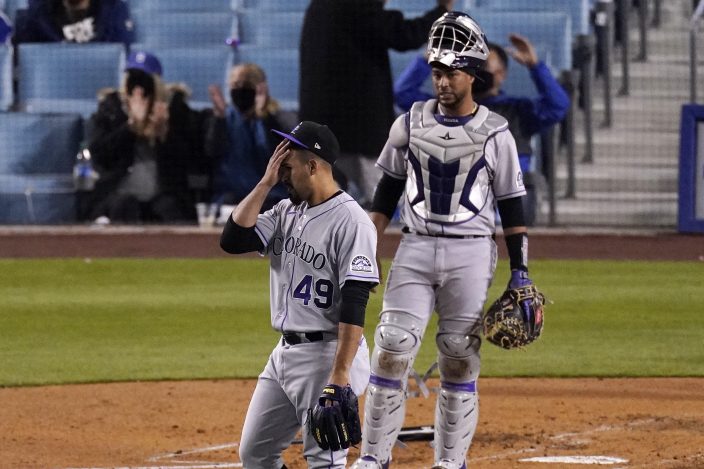 Victor González escaped a jam in the fifth after the Rockies chased Dustin May. Corey Knebel (1-0) retired the side on six pitches in the eighth, and Kenley Jansen got three strikeouts for his third save.

Colorado manager Bud Black was ejected in the third inning for arguing with plate umpire Phil Cuzzi from the dugout after a few close ball-strike calls went against the Rockies early. 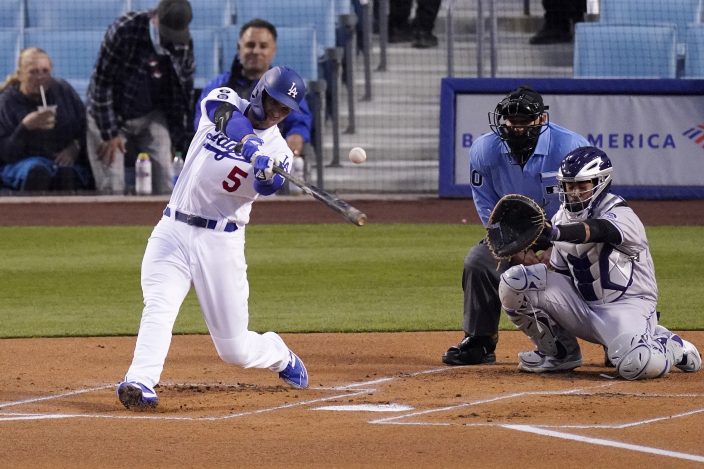 May yielded seven hits for the Dodgers, throwing four scoreless innings and touching 100 mph with his fastball before getting into big trouble in the fifth. The 6-foot-6 redhead was sharp early despite pitching on eight days’ rest due to the Dodgers’ stacked rotation and the team’s off days, but he was gone after giving up three singles and a walk in the fifth, along with his first two earned runs of the season.

Jon Gray (1-1) yielded five hits and three runs in a four-inning start for the Rockies after taking a no-hitter into the seventh inning of his last outing.

The Dodgers went up 2-0 while forcing Gray to throw 36 pitches in the first. Mookie Betts singled and scored on Turner's single before Corey Seager came home on Gavin Lux's sacrifice fly. 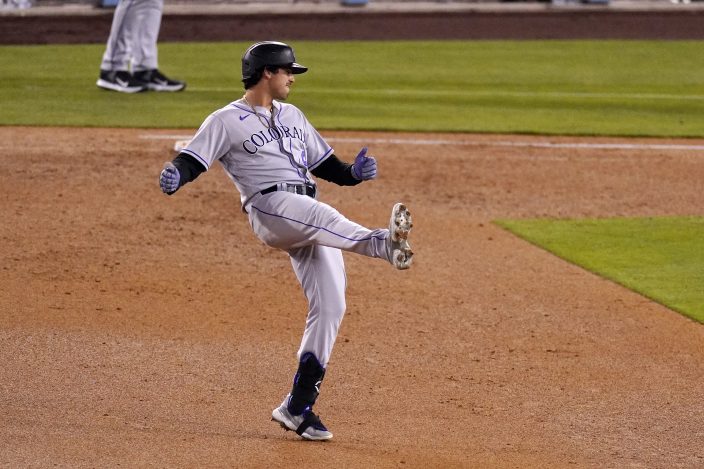 Turner's homer reached the first row of seats in left-center, destroying a fan's plate of nachos and splattering his jacket with cheese in the process. The homer was challenged by the Rockies, who thought the fan might have reached onto the field to make the catch, but video review confirmed the nachos were sacrificed for a noble cause. 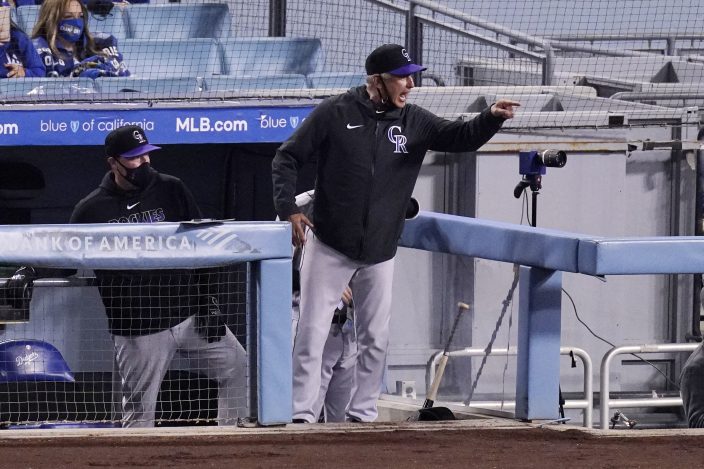 Colorado Rockies manager Bud Black yells at home plate umpire Phil Cuzzi after being ejected from the game during the third inning of a baseball game against the Los Angeles Dodgers Wednesday, April 14, 2021, in Los Angeles. (AP PhotoMark J. Terrill)

The fan later got a new plate of nachos sent up by Turner, and a World Series hoodie from the Dodgers.

Dodgers: OF Cody Bellinger still isn't running at full speed and has swelling in his injured calf. The 2019 NL MVP might not be ready to play when he's eligible to come off the injured list this weekend, manager Dave Roberts said. 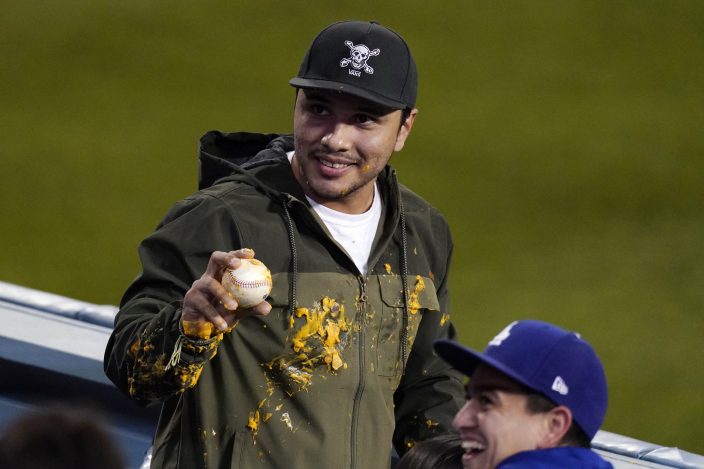 A fan turns around after being sprayed with nacho sauce when a ball hit for a solo home run by Los Angeles Dodgers' Justin Turner landed in his nachos during the third inning of a baseball game against the Colorado Rockies Wednesday, April 14, 2021, in Los Angeles. (AP PhotoMark J. Terrill)

World Series star Julio Urías (2-0, 2.84 ERA) faces Colorado for the second time already this season after giving up 10 hits on opening day in Denver. The Rockies send out Austin Gomber (0-2, 2.89) for the series finale.