Stephen Curry scored 33 points — topping 30 for a career-best ninth consecutive game — and the Golden State Warriors pulled away for a 119-101 victory over the Cleveland Cavaliers on Thursday night.

Curry, who made an NBA-record 29 3-pointers over the previous three games, is averaging 38.2 points during his run. The Akron, Ohio, native missed his first eight attempts beyond the arc, finishing 4 of 13, in leading Golden State to its season-high fourth straight win.

Andrew Wiggins scored 23 points, Juan Toscano-Anderson had 20 and Draymond Green added five points, 10 rebounds and eight assists for the Warriors, who are ninth in the West. Golden State led by 22 in the fourth quarter. 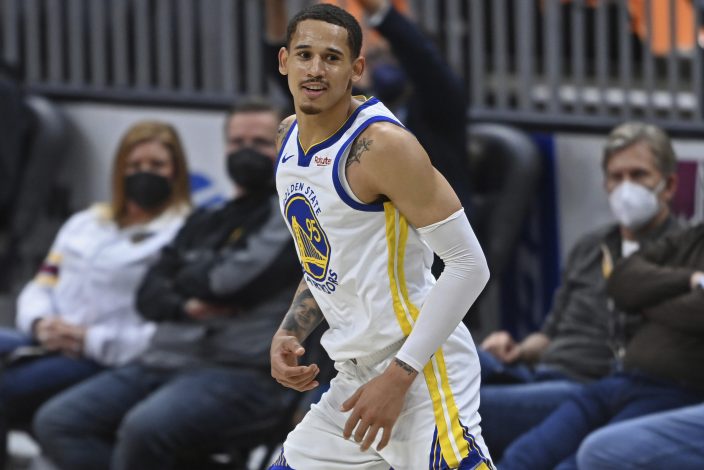 Golden State Warriors' Juan Toscano-Anderson (95) smiles after a three-point basket in the second half of an NBA basketball game against the Cleveland Cavaliers, Thursday, April 15, 2021, in Cleveland. (AP PhotoDavid Dermer)

Collin Sexton scored 30 points in his return from a two-game absence with a strained groin and Jarrett Allen had 17 points and 14 rebounds for the Cavaliers. Darius Garland added 20 points and seven assists.

Cleveland has lost 16 of its last 17 to the Warriors with the lone win coming in Game 4 of the 2017 NBA Finals — the third of their unprecedented four straight matchups in the championship series.

The Warriors absorbed a major hit earlier in the day when rookie center James Wiseman was ruled out for the remainder of the season after undergoing right knee surgery. The No. 2 overall pick suffered a right meniscal tear on April 10 against Houston. 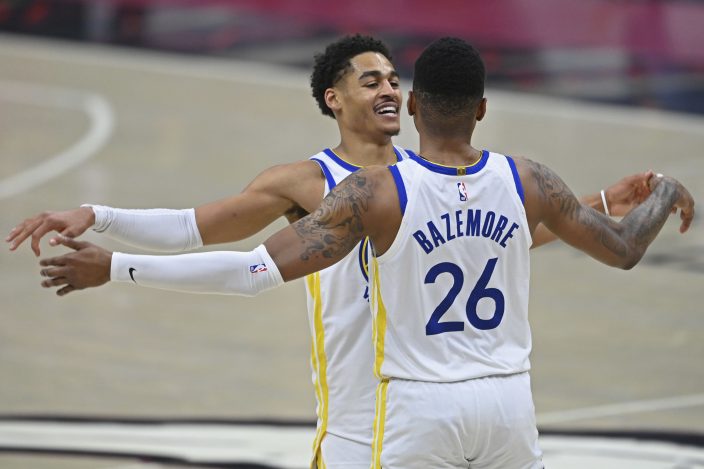 Golden State Warriors' Jordan Poole (3) and Kent Bazemore (26) celebrate after a basket in the second half of an NBA basketball game against the Cleveland Cavaliers, Thursday, April 15, 2021, in Cleveland. (AP PhotoDavid Dermer)

Golden State seized command in the second, beginning the period with a 31-10 push to go up 59-41. Wiggins and Damion Lee scored nine points apiece and Jordan Poole had eight during the surge, erasing the 11-point advantage that Cleveland built in the first.

The Warriors checked into their downtown hotel at 3:30 a.m. after winning 147-109 in Oklahoma City on Wednesday. The Cavaliers also were playing back-to-back following a 103-90 victory in Charlotte. 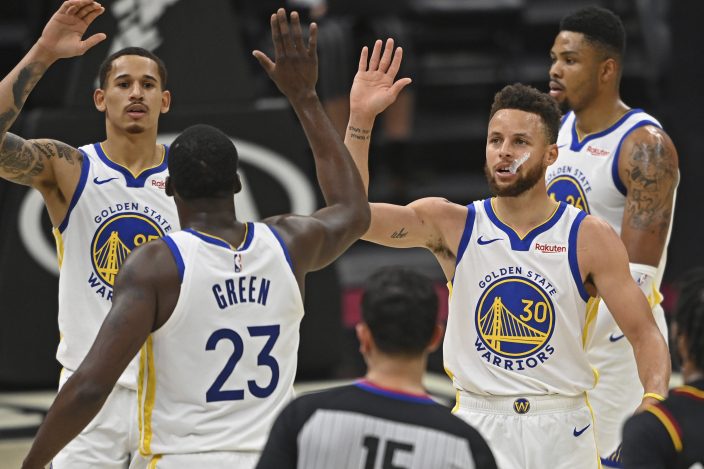 Golden State Warriors' Stephen Curry (30) and Draymond Green (23) celebrate before being substituted out of an NBA basketball game in the second half against the Cleveland Cavaliers, Thursday, April 15, 2021, in Cleveland. (AP PhotoDavid Dermer)

Warriors: G Kelly Oubre Jr. (left wrist soreness) missed his sixth consecutive game and will be re-evaluated Friday. Coach Steve Kerr said Oubre will perform some basketball drills before being examined. … Wiggins was the No. 1 pick in the 2014 draft by Cleveland, but was traded to Minnesota for F Kevin Love two months later. … Assistant coach Mike Brown piloted the Cavaliers’ to their first NBA Finals appearance in 2007. 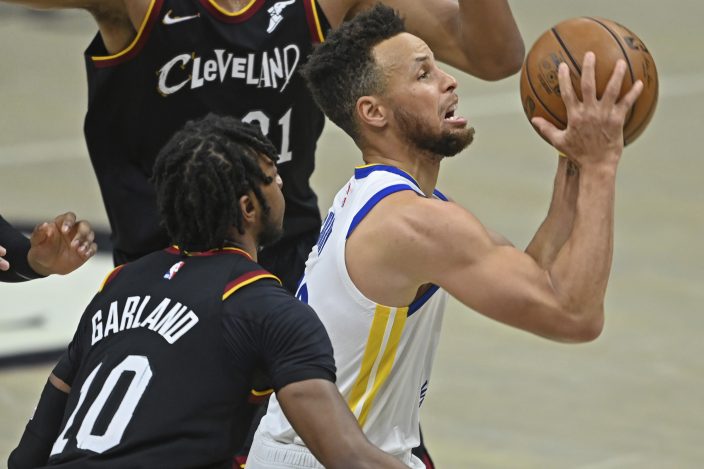 Wiseman ranks fifth among NBA rookies with an 11.5 scoring average and is third in rebounding at 5.8 per game, but Kerr said Golden State doesn’t have to sign a center to replace him. “Adding size just for the sake of adding size isn’t something that you look to do,” Kerr said. “We’re going to play small-ball regardless. That’s the type of team we’ve been for a long time.” Wiseman is expected to return for the start of next season.

Warriors: At Boston on Saturday for the second game on a season-high, five-game road trip that ends on April 21 at Washington. 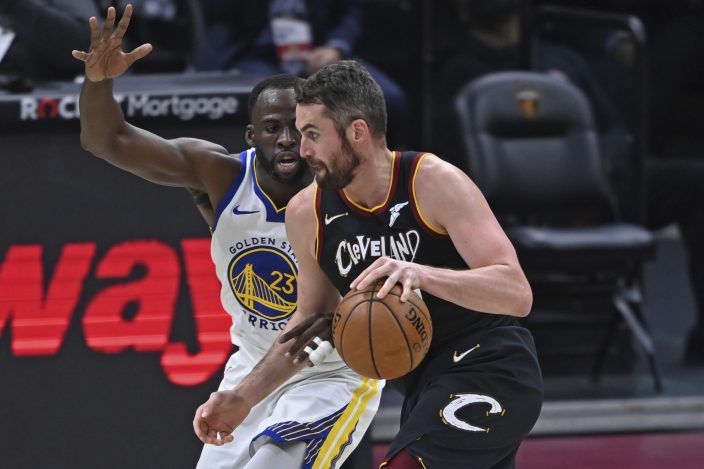 Cavaliers: At Chicago on Saturday. The Central Division foes will meet twice in a five-day span, completing the home-and-home set on April 21. 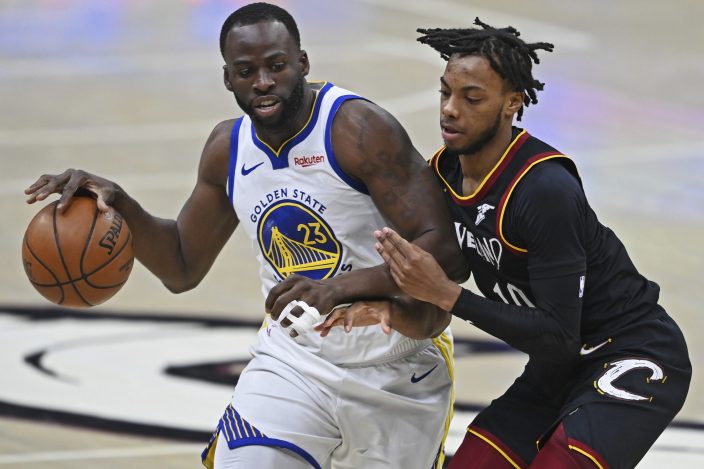