Garcia drove a 1-2 pitch from Cody Reed (0-1) the other way into the right-field stands. Nick Solak and Charlie Culberson also homered for the Rangers, who have won three straight following a four-game losing streak.

Josh Sborz (1-0) pitched a scoreless inning, and Ian Kennedy finished up for his third save in three opportunities. 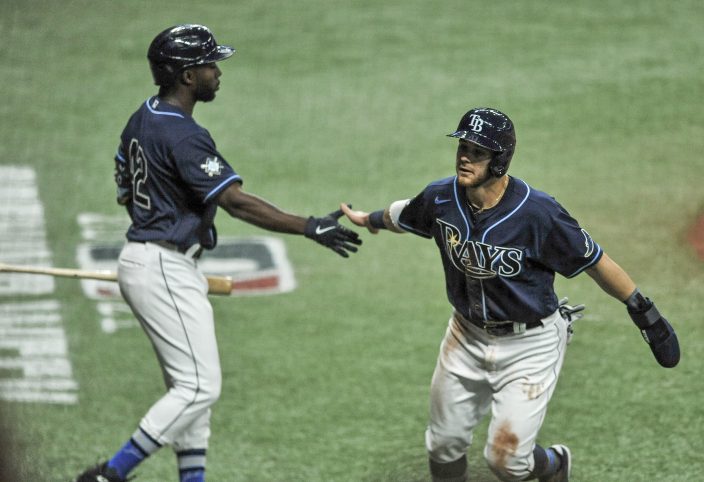 Mike Brosseau homered for the Rays, who went 3 for 13 with runners in scoring position and stranded 12 overall.

Solak had a solo homer in the second and an RBI single off Andrew Kittredge to drive in the final run charged to Rays starter Rich Hill in the fifth.

Culberson’s second homer of the series, a two-run shot off Hill in the fourth, gave the Rangers a short-lived 3-1 lead. 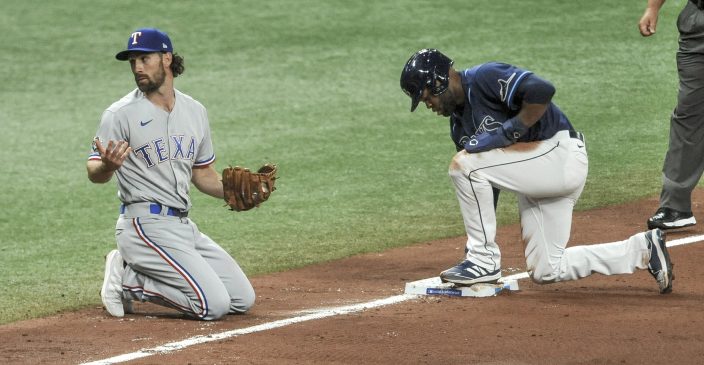 The Rays erased deficits with Austin Meadows' RBI single in the third, Brosseau's two-run homer in the fourth and without getting a hit in the seventh, when Brett Phillips walked and scored the run that made it 4-all with help from a pair of throwing errors.

The Rangers looked as though they might be on the verge of getting through the seventh unscathed when catcher Jose Trevino's errant pickoff throw to second base continued into center field, allowing Phillips to take off for third. 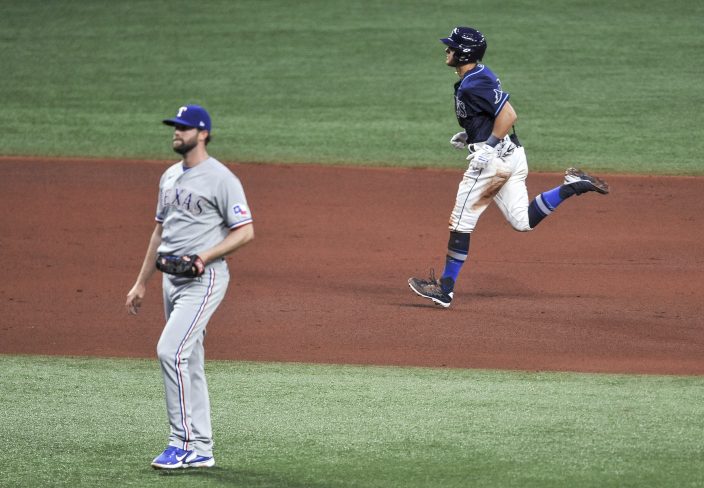 Rangers: With OF/DH David Dahl getting a night off, Trevino batted second — ahead of Joey Gallo and Garcia — even though he’s not a prototypical No. 2 hitter. Texas manager Chris Woodward explained: “Why wouldn’t I? ... I felt like I put a guy up there that’s obviously having the highest-quality at-bats and is one of our best hitters right now.” 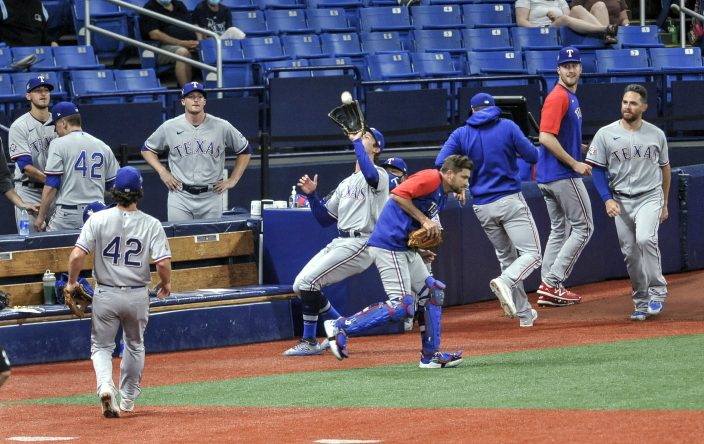 Rays: SS Willy Adames and DH/INF Yoshi Tsutsugo were rested, but got called on to pinch hit in the 10th. Kennedy fanned both of them. ... CF Kevin Kiermaier (left quadriceps strain) will travel with the team to New York this weekend and could be activated during a six-game road trip against the Yankees and Kansas City Royals. “He ran well, threw well. ... We’ll see where we’re at (Friday),” manager Kevin Cash said after the defensive whiz worked out before the game.

Rangers: Return home to face Baltimore for three games before heading out on the road again. Mike Foltynewicz (0-2, 4.09 ERA) starts Friday against the Orioles, who counter with Jorge Lopez (0-2, 11.42) in the series opener. 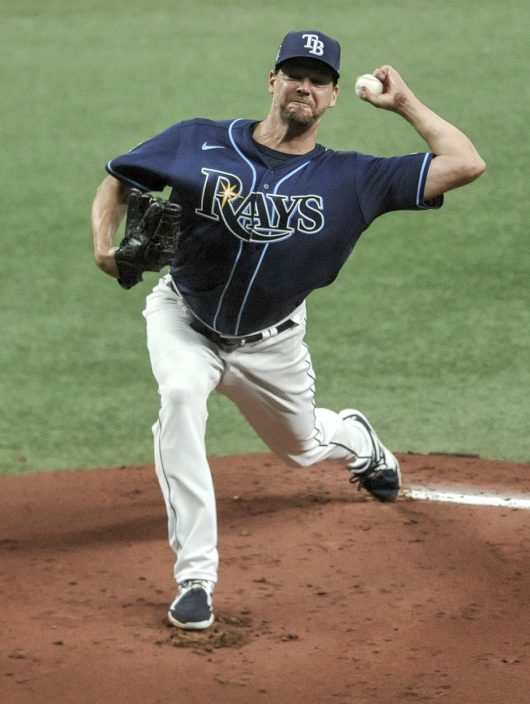