Growing up on a farm as a hockey-loving kid in Saskatchewan, the knowledge that players like Gordie Howe had made the journey from that remote province to the NHL gave Patrick Marleau belief that he could one day follow that same path.

Marleau has done far more than just make it to the NHL. Now nearly a quarter-century after leaving Saskatchewan to sign with the San Jose Sharks as a fresh-faced teenager, Marleau is set to eclipse Mr. Hockey's all-time games played record in the NHL.

Marleau has played in 1,765 career games and is poised to tie Howe's mark of 1,767 on Saturday night in Minnesota and break it two nights later in Las Vegas. 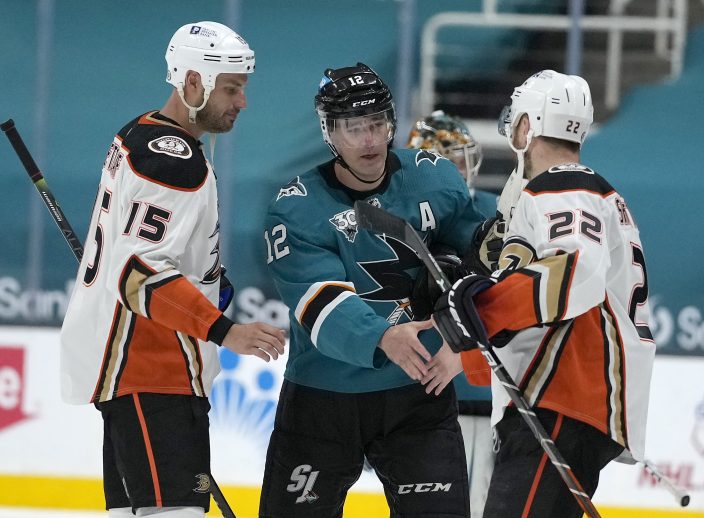 “Just first and foremost is loving the game and I just love being out there and playing,” Marleau said Thursday about what has kept him gong all these years. “Obviously, every kid’s dream is to hoist that Stanley Cup, so I’ve been chasing it all this time and that goal hasn’t changed for me, since you know what the Stanley Cup’s about.”

The Stanley Cup has eluded Marleau, who got to the Final once in 2016 in a career with many playoff disappointments.

The 41-year-old Marleau has accomplished plenty in his career 566 goals, 1,196 points, three All-Star appearances and two Olympic gold medals for Canada in 2010 and '14. 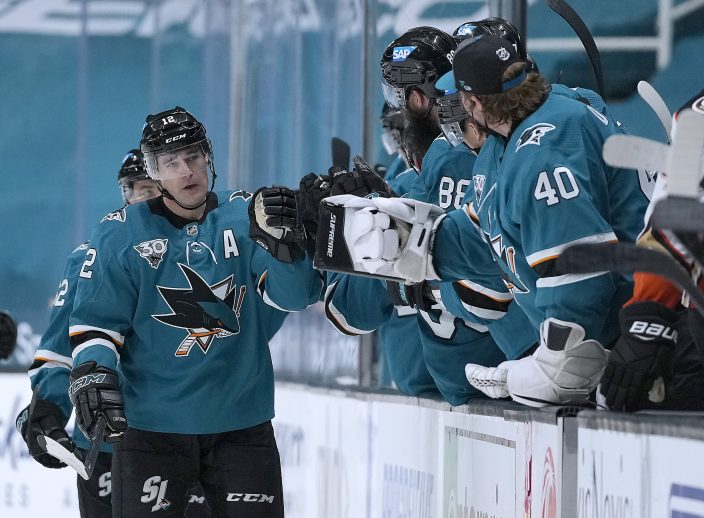 San Jose Sharks center Patrick Marleau (12) is congratulated by teammates after scoring a goal against the Anaheim Ducks during the second period of an NHL hockey game Tuesday, April 6, 2021, in San Jose, Calif. (AP PhotoTony Avelar)

But it is his supreme skating skill and dependability that has allowed him to play 895 consecutive games since last missing a contest when he was 29 that will be his legacy. He has played through bouts with the flu, various other bumps and bruises and even chartered a plane to join his teammates in Nashville for a game in 2009 after the birth of one of his sons. 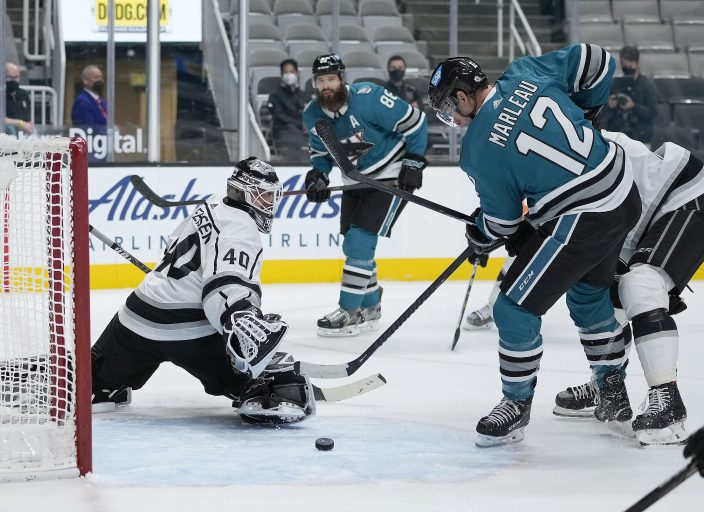 He scored 13 goals as a rookie and then had his first of 15 20-goal seasons the following season as he quickly established himself as a top player.

“He was an effortless skater from day one,” said Sharks executive Mike Ricci, who spent seven years as Marleau's teammate. “That might be a thing he was blessed with. Being a natural skater and being in tip-top condition and working hard off ice and on the ice these are the results you get. There are a lot of effortless players out there who can’t play this long. I remember we used to joke around and I would tell him he could play until he was 60. Obviously I was exaggerating a bit, but maybe I wasn’t exaggerating as much as I thought.”

While Marleau won't play until he is 60, he isn't ready to hang it up after this season either. It's a similar mindset to Howe, who retired at 52 after posting 41 points in his final season for Hartford. Howe also played an additional 419 games in the WHA, which don't count to his NHL record.

While players like Jaromir Jagr, Mark Messier and Chris Chelios approached Howe's mark, no one has been able to reach a record many thought was unbreakable when Howe retired.

“Records are made to be broken,” said Howe's son Mark, a scout for Detroit who played 1,355 games combined in the NHL and WHA. “This one here, I thought would be a really, really tough one to break but Patrick is finally going to do it.”

Mark Howe joked that the oatmeal from Saskatchewan might have been what fueled both his father and Marleau through all those games. But there is something else that Marleau and Gordie Howe have in common.

“You can’t do it unless you love what you’re doing,” Mark Howe said. “If you love going to the rink every day and have fun at it, it’s a great job to have. Once it becomes work, then you’re done. It’s pretty clear he loves what he’s doing.”

Howe said his father would have been proud of Marleau if he were still alive and the family would have someone on hand for the record-setting game if not for the pandemic.

Marleau has generated that kind of respect throughout the league over his career, as evidenced by the well wishes he has gotten in recent days from stars like Anze Kopitar, Ryan Miller and Ryan Getzlaf, as well as former coaches and teammates like Todd McLellan and Marco Sturm after his final games of the season against their teams.

“For those guys to do all that, it’s humbling,” Marleau said. “You’ve played against them a lot of games, a lot of hard-fought battles. There’s mutual respect there. For them to take the time to come over and shake my hand and congratulate me on what can possibly happen here in the next few days, I don’t take that lightly. That obviously means a lot to me.”

A police officer who was one of th ...