The move comes on the eve of a diplomatic initiative to solve Myanmar’s crisis by the Association of Southeast Asian Nations, which is expected to hold a summit next week.

A violent crackdown by the junta has failed to stem opposition to the coup, and as the army has spread the fight to ethnic minorities in border areas, some ASEAN members believe the crisis threatens regional stability. 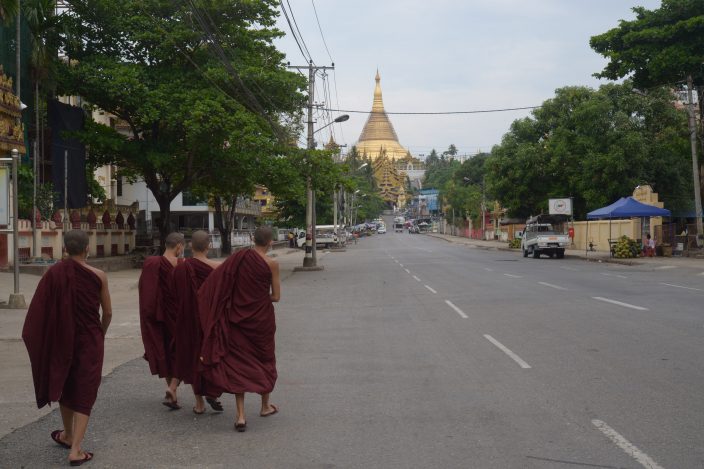 Opponents of the coup have been seeking an alliance with ethnic minority groups as a way of strengthening their resistance. The minorities for decades have kept up on-again, off-again armed struggles for greater autonomy in the borderlands.

While it was not clear if the minority political organizations had formally joined an alliance, the appointment of prominent personalities from their ranks showed a commitment to a joint struggle against the military, which is certain to boost morale to the anti-coup cause.

Security forces have killed at least 726 protesters and bystanders since the Feb. 1 military takeover, according to the Assistance Association for Political Prisoners, which monitors casualties and arrests. The protests and the killings have been continuing on a daily basis.

The National Unity Government is nominally an upgrade from what had been called the Committee Representing Pyidaungsu Hluttaw, which was formed shortly after the coup by elected lawmakers who were barred by the army from taking their seats. The CRPH sought international recognition as Myanmar’s sole legitimate government body, but won only popular support from those opposed to military rule.

The junta declared the CRPH an illegal organization, and issued arrest warrants for its leading members.

A video posted Friday on social media showed veteran activist Min Ko Naing announcing the formation of the new body. He was a leader of the failed 1988 uprising against a previous military dictatorship and is one of the country’s most respected political figures aside from Suu Kyi. He went quickly underground after the coup and apparently has been active in political organizing against the junta since then.

“Please support the National Unity Government for the future of our citizens and our younger generation.” he said. "The people are the decision makers and the people will fight the final battle. Victory is coming, We must win our revolution.”

More details were provided in a statement on social media by Dr. Sasa, a physician and philanthropist who though in hiding has been the online public face of the CRPH..

“Today, at the end of Thingyan on the eve of Myanmar’s new year, we are proud to announce the formation of a new National Unity Government and the dawn of a new era for the people of Myanmar,” said Sasa. “For the first time in our history, Myanmar has a unity government that will reflect one of our nation’s greatest strengths - the diversity of our people.”

The CRPH announced that Suu Kyi retains her post as state counsellor and Win Myint as president, though both were arrested in the coup and remain in detention, with criminal charges against them that supporters call politically motivated.

Sasa said the interim’s government’s vice president — its acting president - is Duwa Lashi La, a political leader of the Kachin minority from the country’s north, while the prime minister is Mahn Win Khaing Than, from the Karen minority in eastern Myanmar, who had been speaker of the elected upper house of Parliament.

Sasa himself comes from the Chin minority, while Myanmar’s government and military have always been dominated by the Burman majority.

It is not the first time in recent decades that opponent to military rule in Myanmar have formed a shadow government. In 1990, they formed the National Coalition Government of the Union of Burma after a military regime refused to recognize the results of a general election won in a landslide by Suu Kyi’s party.

That shadow government maintained a presence in territory controlled by the Karen on Myanmar’s eastern frontier, but also operated as a lobbying group based in Maryland in the United States. It dissolved itself in September 2012 after Suu Kyi’s party took part in by-elections earlier that year, capturing 43 of the 44 seats it contested.

The European Union and India agree ...

Ethnic guerrillas in Myanmar say they shot down helicopter

Protest in Yangon ahead of regional summit on Myanmar crisis