Thomas Tuchel has long admired Pep Guardiola, from his early coaching days watching the great Barcelona team from afar to the night in 2014 when the pair — then rival Bundesliga managers — talked tactics for hours in a Munich restaurant using salt-and-pepper mills as props.

With Tuchel now a world-class manager in his own right, Guardiola might no longer be on that same pedestal.

The admiration hasn’t disappeared, though, ahead of their first meeting in English soccer. It’s a big game, too: Guardiola’s Manchester City vs. Tuchel’s Chelsea in the FA Cup semifinals at Wembley Stadium on Saturday. 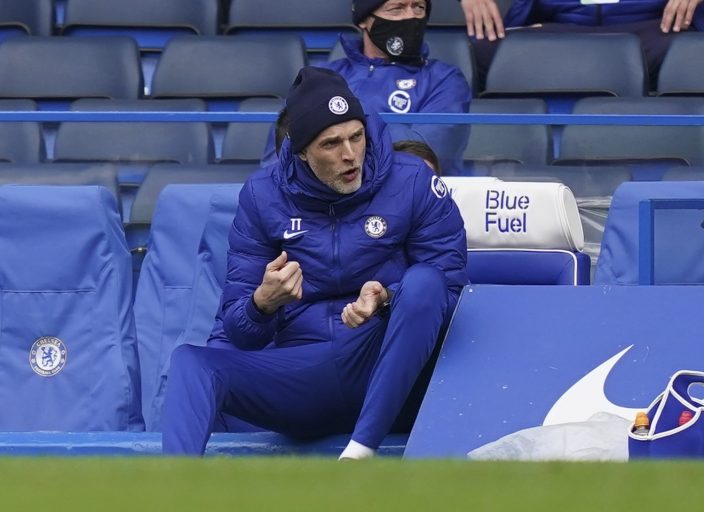 “The benchmark,” Tuchel said in reference to Guardiola and the City team he has rebuilt this season and that is still on course for an unprecedented quadruple of major trophies.

The two teams reached the Champions League semifinals this week — Chelsea after getting past Porto and City by outlasting Borussia Dortmund — but Tuchel said there remains a gap between them.

After all, City, the Premier League leader, is 20 points ahead of fifth-place Chelsea and Tuchel still sees his team as a work in progress after joining in January as the replacement for Frank Lampard. 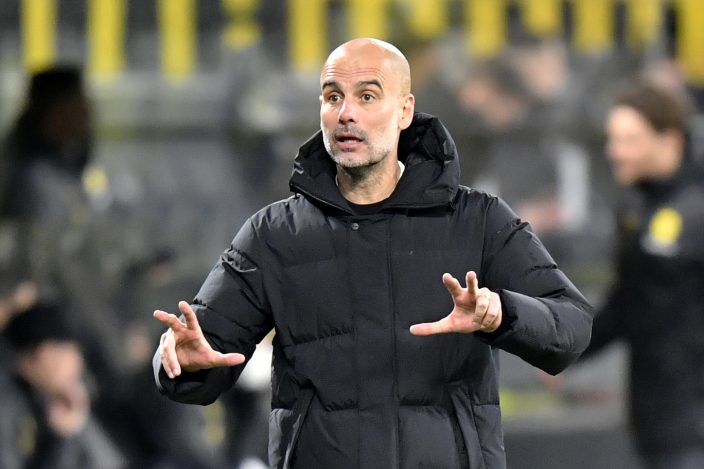 That does not mean, he said, that Chelsea should have an inferiority complex going into the cup semifinal. The teams will also meet in the league before the end of the season, and maybe in the Champions League final, too.

“It’s important that we accept this without making ourselves too small,” Tuchel said. “From next year on, from day one of next season, we will hunt them, we will try to close the gap between us.

“We have to admit there is a gap but, for 90 minutes, we are very self-aware and very self-confident that we believe we can close the gap tomorrow for one game. And this is the target for tomorrow. I arrive happy to compete against the benchmark in England and Europe.”

In that well-documented meeting of minds in Munich seven years ago — when Guardiola was with Bayern Munich and Tuchel was between jobs at Mainz and Dortmund — waiters reportedly were too afraid to interrupt the two animated coaches, who were using objects from neighboring tables to demonstrate their tactical ideas.

Tuchel has established a reputation as something of a thinker, just like Guardiola, but he doesn’t see their meeting on Saturday turning into a chess match.

“We need to be on them every minute,” Tuchel said, “not allow easy chances and exploitation of spaces between our lines. We need to be very brave, play with courage, be adventurous and do what’s needed.

“It’s a big challenge and it’s the right moment for us to face a challenge like this.”

Indeed, Chelsea has lost only two of 18 games in all competitions under Tuchel, the latest — 1-0 at Porto, courtesy of a last-minute goal — not being enough to stop the London club advancing to the Champions League semifinals for the first time since 2014.

Tuchel has rotated his squad heavily amid the fixture pile-up but appears to have landed on a preferred forward line in recent weeks — of Christian Pulisic, Kai Havertz and Mason Mount — that leaves high-profile and expensively purchased attackers like Hakim Ziyech and Timo Werner looking on from the bench.

“We have no promises to make, no gifts to give,” Tuchel said. “Everybody has to fight hard for their place.

“Once you get any minutes, you fight hard to make the coach make a change. This is the life for a player at Chelsea. It’s big fun and you have to embrace the situation even if it’s a bit harder for some players.”

Pulisic, the U.S. international, is finally getting a run of games near the end of another injury-affected season and has three goals in his last two league matches.

“He made huge progress, he was fantastic in the last games,” Tuchel said.

“He has a huge impact physically and in terms of quality, dribbling runs, arriving in the box in crucial moments. He stepped up and this is what I know from him.”

Leicester plays Southampton in the second semifinal match on Sunday, when there will be 4,000 spectators inside Wembley, drawn from local residents as opposed to fans from each club. There will be no spectators for Chelsea-Man City.