The average major league salary dropped 4.8% to just under $4.17 million on opening day from the start of the previous full season in 2019.

The average has fallen 6.4% since the start of the 2017 season, when it peaked at $4.45 million, according to a study of major league contracts by The Associated Press. The salary downturn is yet another sign baseball could be headed toward labor strife and a possible work stoppage in 2022. 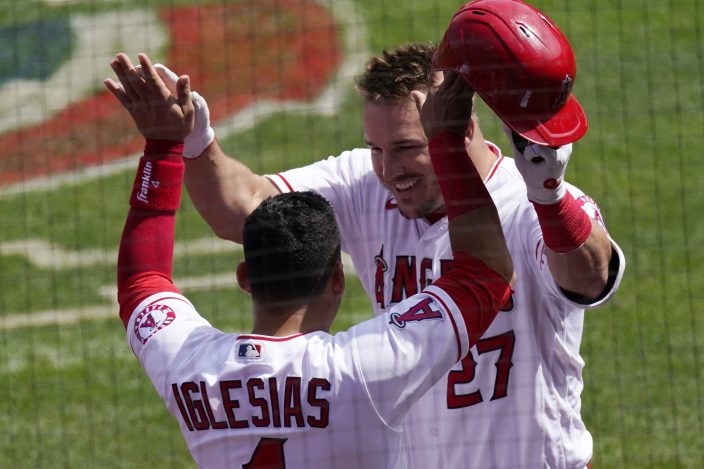 FILE - Los Angeles Angels' Mike Trout, right, is congratulated by Jose Iglesias after hitting a two-run home run during the first inning of a baseball game against the Houston Astros in Anaheim, Calif., in this Tuesday, April 6, 2021, file photo. Angels outfielder Mike Trout is the second highest-paid player in 2021 at $37.1 million. (AP PhotoMark J. Terrill, File)

Los Angeles Dodgers pitcher Trevor Bauer is the highest-paid player in 2021 at $38 million after agreeing to a $102 million, three-year contract he can terminate after one season. Los Angeles Angels outfielder Mike Trout is second at $37.1 million, followed by Yankees pitcher Gerrit Cole ($36 million) and St. Louis third baseman Nolan Arenado ($35 million), who was acquired in an offseason trade with Colorado. 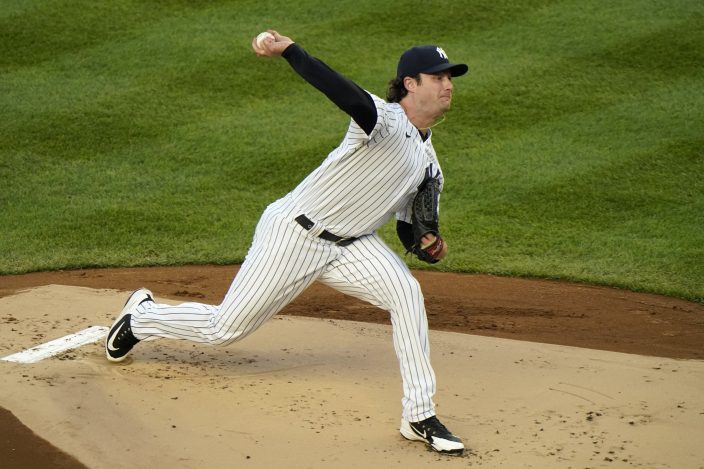 The World Series champion Dodgers topped the major leagues at $241 million, the highest big league total since the Dodgers set the record at $270 million at the start of the 2015 season.

Players are unhappy with the slide in salaries under the current collective bargaining agreement, even before last year’s pandemic-shortened season, and intend to press for changes during labor talks this year to replace the contract that expires Dec. 1. 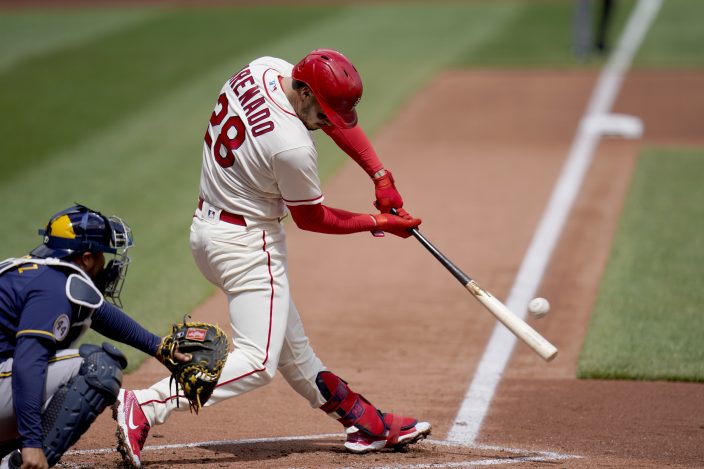 FILE - St. Louis Cardinals' Nolan Arenado doubles down the line during the first inning of a baseball game against the Milwaukee Brewers in St. Louis, in this Saturday, April 10, 2021, file photo. Los Angeles Dodgers pitcher Trevor Bauer is the highest-paid player in 2021 at $38 million after agreeing to a $102 million, three-year contract he can terminate after one season. Los Angeles Angels outfielder Mike Trout is second at $37.1 million, followed by Yankees pitcher Gerrit Cole ($36 million) and St. Louis third baseman Nolan Arenado ($35 million), who was acquired in a trade with Colorado. (AP PhotoJeff Roberson, File)

This year’s average was depressed by the opening-day absence of Houston pitcher Jake Odorizzi, who was left off the initial roster, and infielder Rougned Odor, who had been designated for assignment by Texas and later was traded to the New York Yankees. Their presence on opening day would have increased by average by roughly $24,000, cutting the drop over two years to 4.2%.

Add the money Boston owes second baseman Dustin Pedroia, on the voluntary retired list after missing most of the prior three seasons while hurt, and the average would have been down 3.9% to $4.2 million. Termination pay, option buyouts and portions of signing bonuses paid to released players are not included in the average.

In addition, the average likely was lowered slightly by the expansion of active rosters to 26, which probably caused teams to add 30 players making near the $570,500 minimum.

Twelve teams are under $100 million, with Pittsburgh at $46 million the lowest on opening day in a full season since Houston’s $44.6 million in 2014. Slightly above the Pirates are Cleveland ($51 million), Baltimore ($56 million) and Miami ($57 million).

Last year’s salaries were cut to 60/162nd because of the shortened season and cannot be compared with other years.

Average and median salaries decline over the course of the season as veterans are released and replaced by younger players making closer to the minimum.

The AP’s figures include salaries and prorated shares of signing bonuses and other guaranteed income for players on active rosters and injured lists and one player who started the season on the paternity list. For some players, parts of deferred money are discounted to reflect current values.

Luxury tax payrolls computed by Major League Baseball are different, using average annual values of contracts on 40-man rosters plus about $15 million per team for benefits and extended benefits.

Rookie Edwards makes himself room in top trio for T-wol ...

More than a year after acquiring D ...