Harry Kane scored twice, including a second-half equalizer, before limping off with an ankle injury in Tottenham's 2-2 draw at Everton in the Premier League on Friday as both teams stayed on the fringe of the race for Champions League qualification.

The England captain's latest injury comes a week before Tottenham plays Manchester City in the English League Cup final, which is Jose Mourinho's team's only shot at a trophy this season.

Kane rolled his right ankle under the weight of a tumbling Richarlison at a corner in second-half stoppage time at Goodison Park. Kane hobbled off the field after treatment. 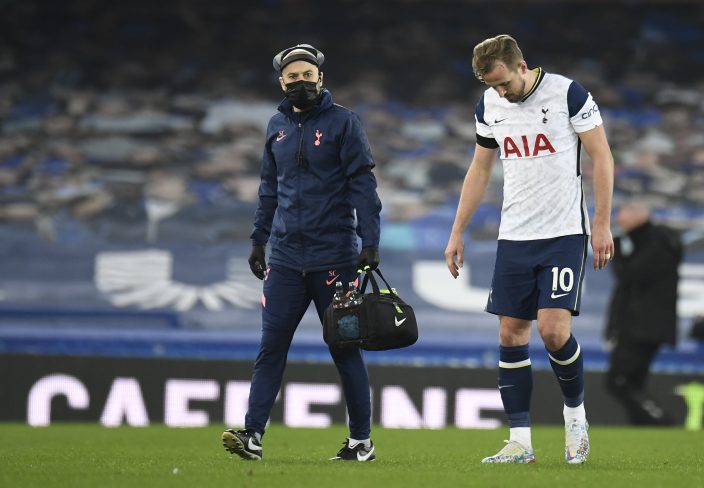 The striker has suffered with a number of ankle issues in recent years.

Earlier, Kane moved onto a league-high 21 goals for the season, two more than Liverpool's Mohamed Salah, with his clinically taken equalizer in the 68th minute after a defensive mix-up.

Kane had given Tottenham the lead in the 27th, only for a double from Gylfi Sigurdsson — the first coming from the penalty spot following a foul by Sergio Reguilon on James Rodriguez — to put Everton ahead. 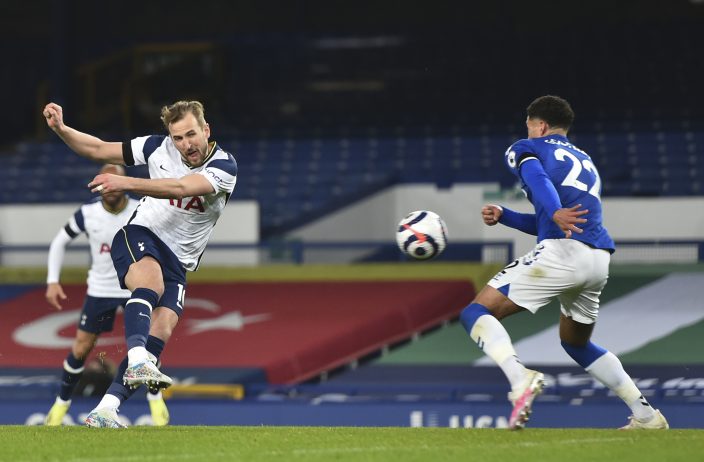 Sigurdsson's goals came in the 31st and 62nd minutes.

Tottenham stayed in seventh place, and Everton a point back in eighth.