Joey Votto hit a two-run homer to cap a seven-run third inning and the Cincinnati Reds cruised to a 10-3 rout of the Cleveland Indians on Friday night.

Jeff Hoffman (2-1) gave the Reds another solid start, surrendering just a run and seven hits through six innings and helping himself with a looping RBI single in the third. Hoffman loaded the bases with two outs in the top of the third but got out of it with no damage.

Seven of the Reds starters scored in the bottom of the inning. Eugenio Suárez doubled down the third base line to drive in two, and Votto followed with his shot off the top of the left field wall. 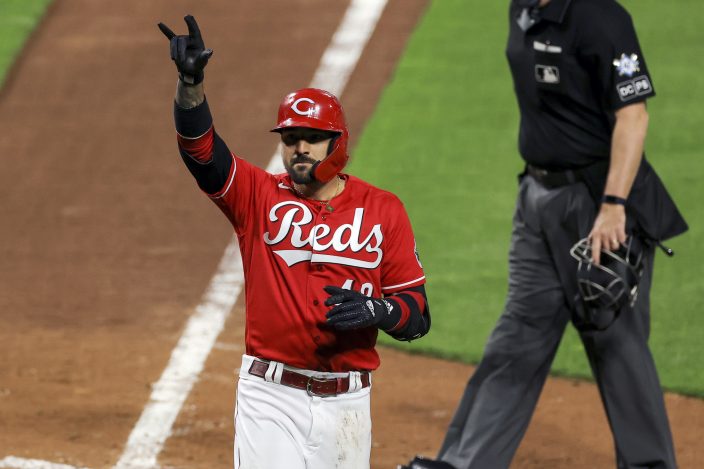 Cincinnati Reds' Nick Castellanos reacts to hitting a solo home run during the sixth inning of a baseball game against the Cleveland Indians in Cincinnati, Friday, April 16, 2021. (AP PhotoAaron Doster)

“That inning was huge and set the tone for the rest of the game,” Hoffman said.

“I think it got him into the game and gave him some confidence," Bell said. "That was all he needed. He came out in the fourth, all the way through the end of his night, pitched really well.” 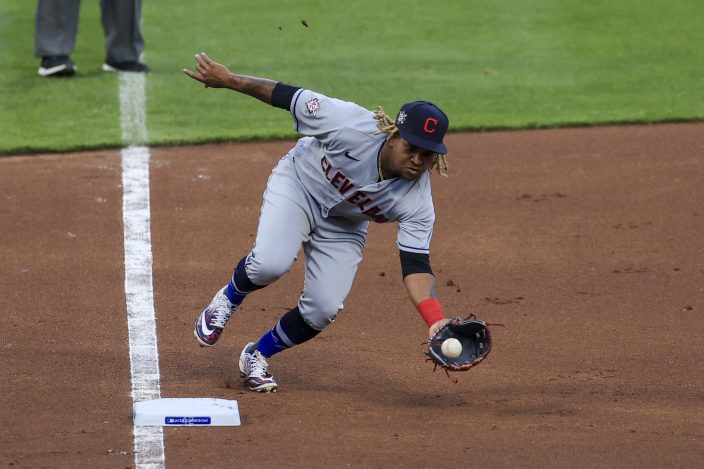 Cleveland Indians' Jose Ramirez fields the ball before throwing out Cincinnati Reds' Nick Senzel at first base during the second inning of a baseball game in Cincinnati, Friday, April 16, 2021. (AP PhotoAaron Doster)

Tyler Stephenson had a two-run single in the fifth inning.

Indians starter Logan Allen (1-2) didn't make it out of the third inning. He gave up five runs on three hits, but reliever Phil Maton surrendered the big hits to Suárez and Votto before getting out of the inning. 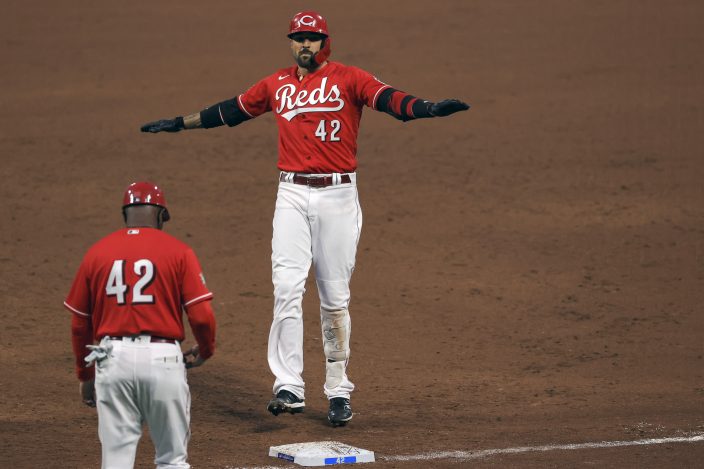 Cincinnati Reds' Nick Castellanos reacts to hitting an RBI single during the third inning of a baseball game against the Cleveland Indians in Cincinnati, Friday, April 16, 2021. (AP PhotoAaron Doster)

“Allen didn’t have a good fastball early,” Indians manager Terry Francona said. "I thought we were swinging the bats well enough. I was hoping they wouldn’t get to him but that’s what ended up happening.”

Cincinnati got a good start to the homestand after losing four of six games on a road trip to Arizona and San Francisco. That came after the Reds had started 5-1 at home to start the season. 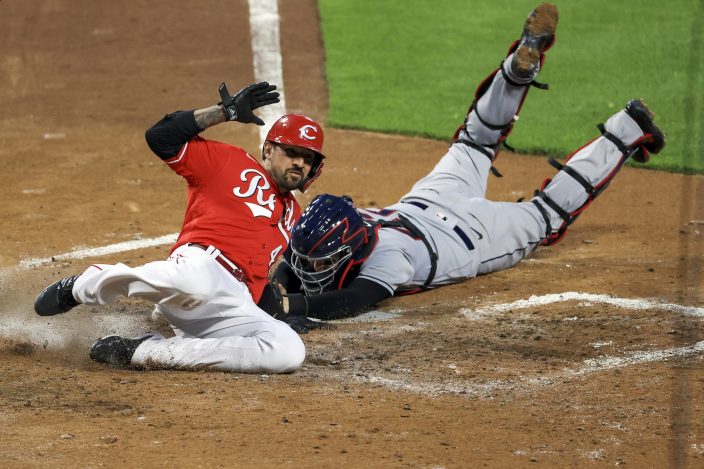 “Clearly we were dissatisfied with our road trip, certainly the way it finished,” Votto said. “And it was good to be back, good to play well in front of the Reds fans. But we think often about being a dangerous team everywhere. Of course we want to win as often as possible at home, but we’ve got our eyes on bigger and better things.”

In the postgame video session with reporters, Votto wore teammate Kyle Farmer's football jersey from the Marist School near Atlanta. Farmer was a high school quarterback and had a bit part in the the 2009 movie “The Blind Side.” 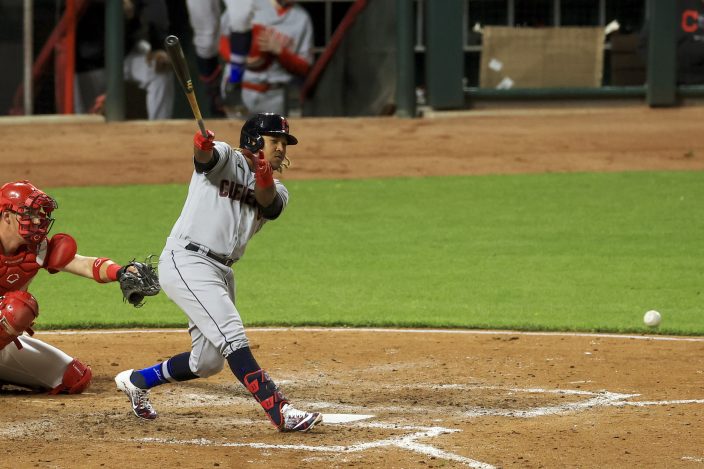 Cleveland Indians' Jose Ramirez hits a single during the fifth inning of a baseball game against the Cincinnati Reds in Cincinnati,Friday, April 16, 2021. (AP PhotoAaron Doster)

The Reds have scored 67 runs (9.6 per game) to start the season at Great American Ball Park. According to STATS, that’s the most runs by a team in its first seven home games of a season since the 1900 Boston Beaneaters (Braves franchise) had 71.

“We are going to meet about the bullpen later,” he said. "We may have to change things around.”

Reds outfielder Aristides Aquino had surgery to repair a fracture in his left hand and was put on the 10-day injured list. Infielder Max Schrock was recalled from the alternate training site. ... RHP/OF Michael Lorenzen had the first of two PRP injections to stimulate healing in his injured throwing shoulder Wednesday and isn't expected to return until June. ... OF Shogo Akiyama (hamstring) could be back in the first part of May.

Right-hander Sonny Gray makes his first appearance for the Reds after starting the season on the injured list with a muscle strain in his back. Going for the Indians will be right-hander Triston McKenzie (0-0), who gave up three runs in four innings in a 4-3 loss to the White Sox on Monday.