After opening the season with six consecutive losses, the roller-coaster A's are back at .500 after 14 games thanks to their follow-up winning streak.

Oakland joined the 1991 Mariners and 1915 White Sox as the only teams to have both a six-game winning streak and six-game losing streak in the first 14 games of a season, according to SportRadar.

Oakland Athletics pitcher Frankie Montas reacts after the top of the sixth inning of a baseball game against the Detroit Tigers in Oakland, Calif., Friday, April 16, 2021. (AP PhotoJed Jacobsohn)

The recent run has been fueled by strong starting pitching. Montas (2-1) gave up only an infield single to Robbie Grossman and a clean single to Victor Reyes during an impressive 100-pitch outing. He walked one and struck out seven.

Mitch Moreland and Sean Murphy had two-out RBI hits in the fourth against José Ureña (0-3). The Tigers have lost back-to-back games to Oakland following a three-game sweep at Houston. 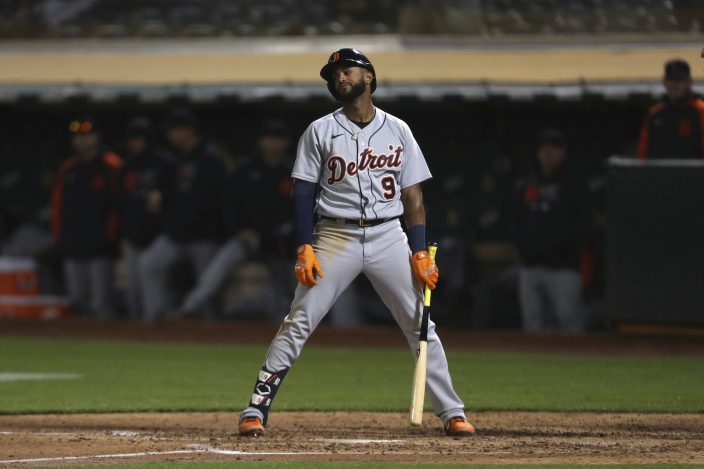 Detroit Tigers' Willi Castro reacts after striking out during the sixth inning of the team's baseball game against the Oakland Athletics in Oakland, Calif., Friday, April 16, 2021. (AP PhotoJed Jacobsohn)

Matt Chapman added a home run in the eighth. Lou Trivino pitched the ninth for his second save.

Oakland 2B Jed Lowrie had two hits to give him six straight multi-hit games. Lowrie entered the season with no hits since 2018. Beset by leg injuries, he missed last season and had no hits in seven at-bats for the Mets in 2019. 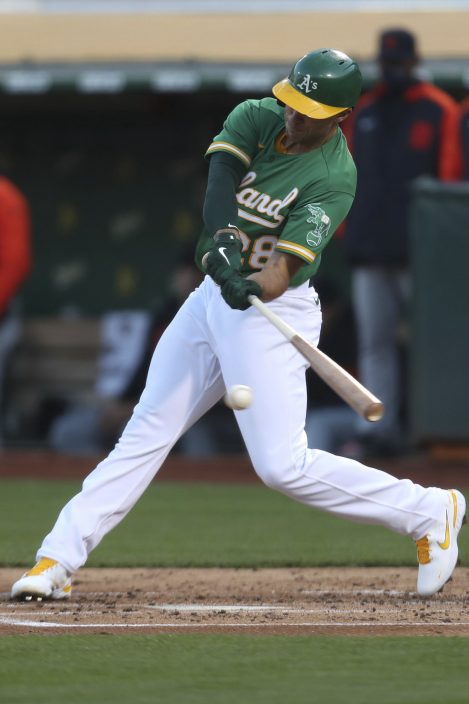 Tigers: RHP Spencer Turnbull, working to be activated from COVID-19 protocol and nearing his season debut, made a rehab appearance Thursday at the club’s alternate training site and, though his velocity was down initially, threw harder as the game went on. He is getting closer to joining the Tigers, and manager A.J. Hinch spoke to the pitcher Friday. “There’s a definite chance he would rejoin the rotation sometime in the Pittsburgh series,” Hinch said. “We’ll see how he recovers, how his bullpen goes, ask him how he’s recovering.”

Athletics: RHP Mike Fiers had his second-to-last rehab outing Thursday and threw 77 pitches at the team’s Stockton alternate training site. He is scheduled to throw once more next Tuesday. “Nothing’s for sure, everything has to go well and he’s got to be healthy and the whole bit,” manager Bob Melvin said. “We’ll try to get him to 90 on the 20th, then we look to do something.” ... Oakland placed OF Stephen Piscotty on the paternity list and recalled INF Vimael Machín from the alternate site. 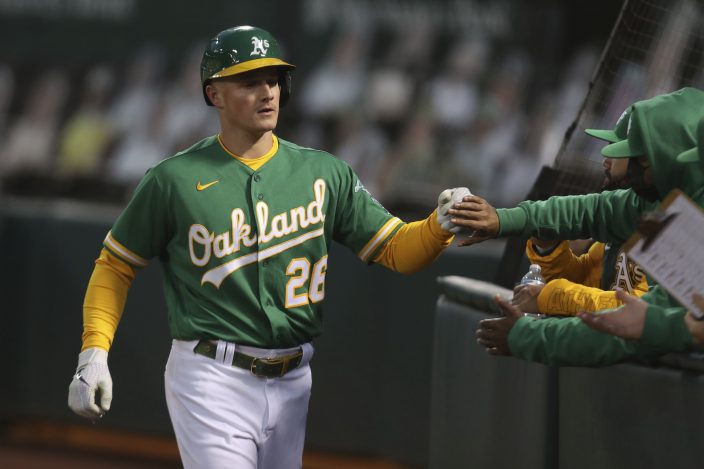 Oakland Athletics' Matt Chapman is congratulated by teammates after scoring on a single by Sean Murphy against the Detroit Tigers during the fourth inning of a baseball game in Oakland, Calif., Friday, April 16, 2021. (AP PhotoJed Jacobsohn)

RHP Casey Mize (1-0, 0.82 ERA) has allowed one run over 11 innings with nine strikeouts in two starts this season heading into Saturday afternoon’s matchup with A’s lefty Cole Irvin (0-2, 7.45), tagged for eight runs on 12 hits over 9 2/3 innings in his initial two starts. 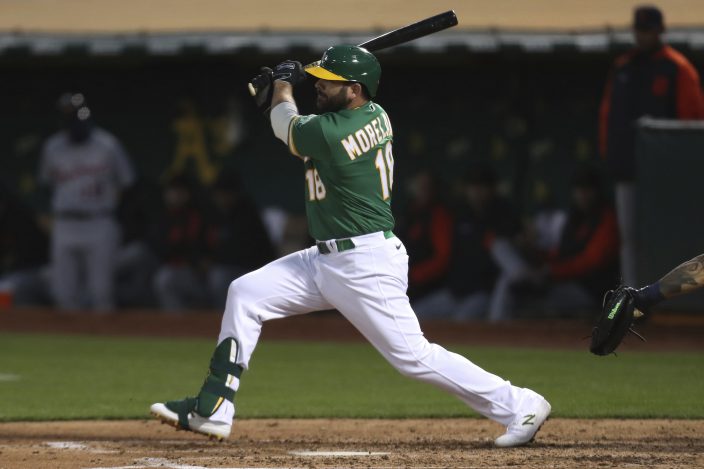 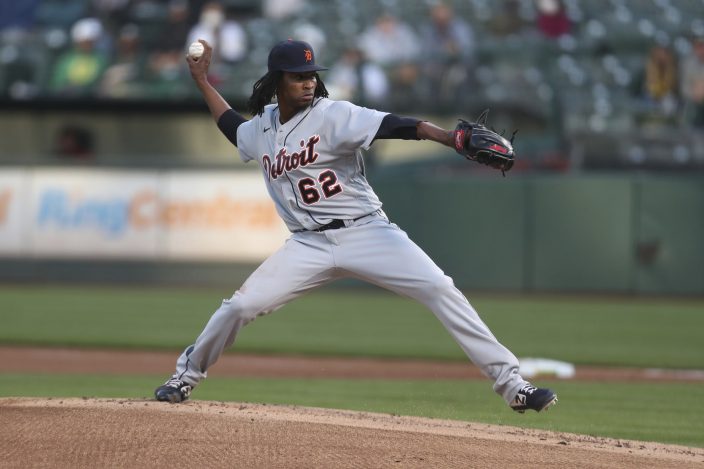 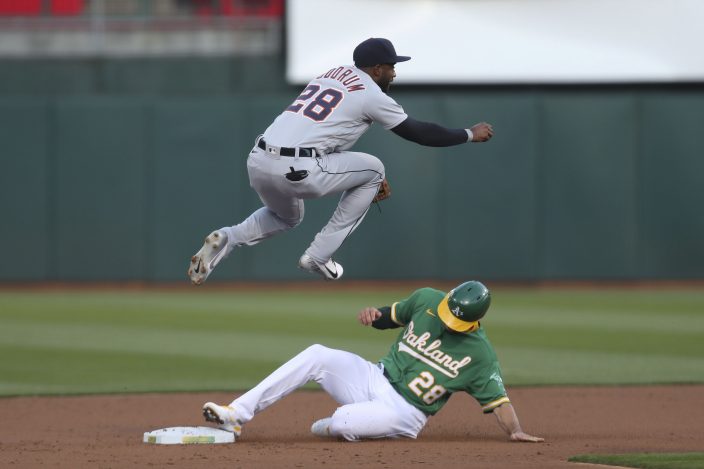 Oakland Athletics' Matt Olson, right, slides into second as Detroit Tigers' Niko Goodrum throws to first on a ball hit by Matt Chapman, who was safe during the second inning of a baseball game in Oakland, Calif., Friday, April 16, 2021. (AP PhotoJed Jacobsohn)