Julius Randle scored 44 points in his best game in his hometown, leading the New York Knicks to a 117-109 victory over the Dallas Mavericks on Friday night for a five-game winning streak, their longest in seven years.

The Knicks (30-27) are three games over .500 for the first time since December 2017, about two months before a season-ending knee injury for Kristaps Porzingis in what ended up being his final game for the Knicks before ending up in Dallas in a blockbuster trade. 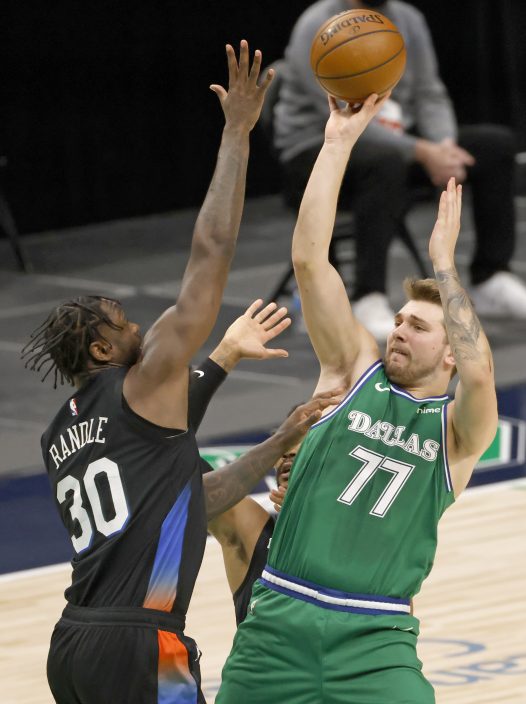 Luka Doncic scored 22 points and tied a career high with 19 assists, while Porzingis had 23 points and 12 rebounds. But the Mavericks couldn't follow Doncic's electrifying game-winning 3-pointer in Memphis two nights earlier with another victory.

Randle, who had 10 rebounds and seven assists, scored the first 10 New York points and ended up 16 of 29 from the field. He finished one 3-pointer shy of his season high, going 6 of 11, including one in the final seconds of the third quarter to give New York an 83-79 lead going to the fourth.

It was the Dallas native's third career 40-point game and just two shy of his career high. Randle topped his previous best of 30 points at the home of the Mavericks when he was with New Orleans in March 2019. It was Randle's sixth straight game with at least 20 points against his hometown team. 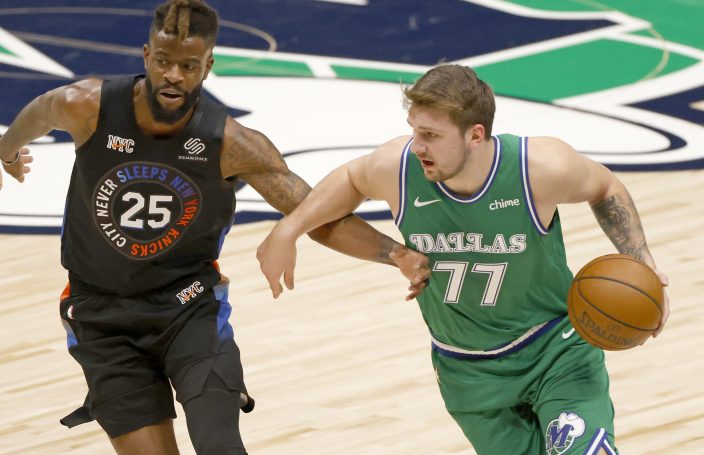 Barrett scored 10 of the Knicks' first 13 points in the fourth quarter, helping push the New York lead back to double digits for the first time since early in the second quarter.

Doncic, who barely beat the buzzer with a lunging floater off one foot that was behind the 3-point line in a 114-113 victory over the Grizzlies two nights earlier, was just 2 of 9 from beyond the arc as Dallas finished 15 of 45 from deep. 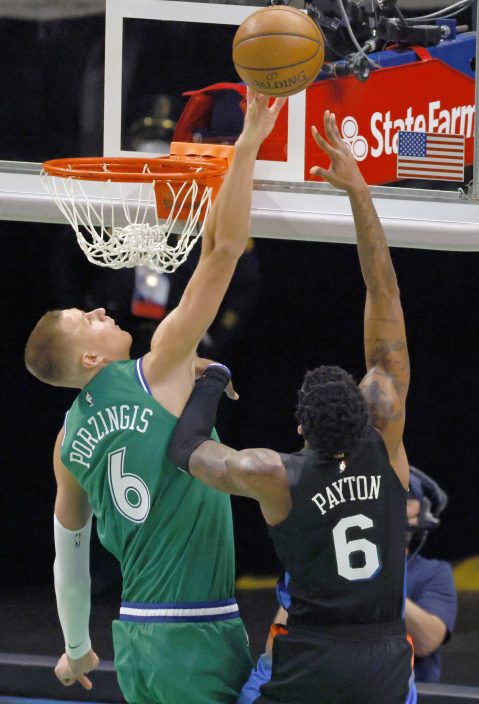 Knicks: After Randle scored 15 of the first 23 New York points, Rose scored seven in a row for the Knicks, capped by a 3-pointer for a 30-23 lead. The Knicks led 34-25 after shooting 70% in the first quarter. ... Reggie Bullock finished with 11 points and did a good job pestering Doncic. ... Coach Tom Thibodeau didn't offer many details on Burks' status.

Mavericks: With the score tied at 52 in the final seconds of the first half, Porzingis was called for a technical foul after he couldn't control a possible tip-in rebound while battling Randle for position. Porzingis turned to shout at an official as he ran up the court, drawing the whistle. Bullock made the free throw, and Barrett hit a 3 with 1.5 seconds left for New York's 56-52 halftime lead. ... Tim Hardaway scored 16 points, Josh Richardson had 14 and Dorian Finney-Smith added 12.

Knicks: New Orleans visits Sunday to start a season-high, six-game homestand that wraps up a stretch of nine of 11 games at home.

Mavericks: Sacramento visits Sunday as the lone remaining Western Conference opponent Dallas hasn't faced. All three games in the season series are scheduled in a span of two weeks. The Mavericks won the final three meetings of 2019-20, including one in the NBA bubble.