Justin Upton hit a grand slam in the seventh inning, and Jared Walsh homered and drove in three runs in the Los Angeles Angels' 10-3 victory over the Minnesota Twins on Friday night.

Mike Trout delivered a go-ahead, two-run single as the Angels returned from a .500 road trip and opened a six-game homestand with a prolific offensive performance.

Upton's eighth career slam off Caleb Thielbar was part of a six-run, six-hit rally in the seventh. After the Twins intentionally walked Trout to get to Upton, Walsh immediately followed Upton's drive with his fourth homer in 12 games to start the season. 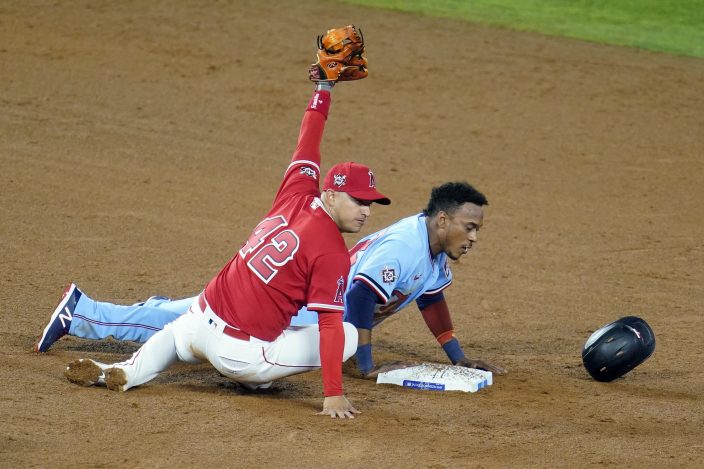 Minnesota Twins' Jorge Polanco, right, is safe at second base next to Los Angeles Angels second baseman David Fletcher on a pick-off attempt during the sixth inning of a baseball game Friday, April 16, 2021, in Anaheim, Calif. (AP PhotoMarcio Jose Sanchez)

Walsh had an early two-run single and David Fletcher drove in another run for the Angels.

Mitch Garver had a two-run double and Josh Donaldson added a go-ahead single in the sixth for the Twins, who opened a six-game California road swing with their sixth loss in seven games. 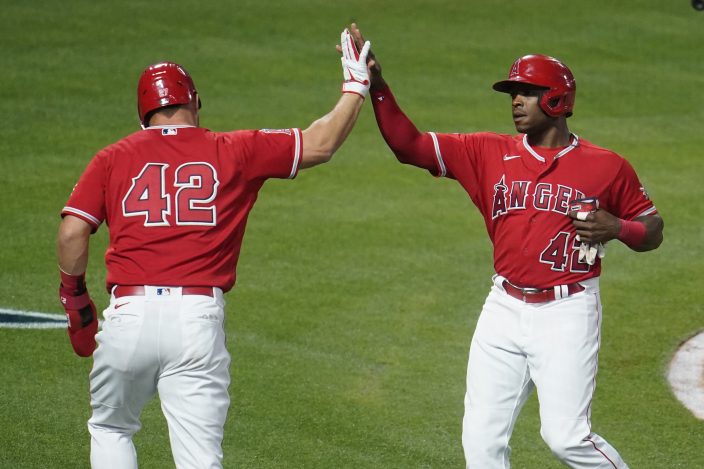 Los Angeles Angels' Justin Upton, right, is high-fived by Mike Trout after they both scored on single from Jared Walsh during the fourth inning of a baseball game against the Minnesota Twins Friday, April 16, 2021, in Anaheim, Calif. (AP PhotoMarcio Jose Sanchez)

Australian left-hander Lewis Thorpe yielded three hits over four innings in his first start of the season for Minnesota.

Both starters faced the minimum nine batters through three innings, but the Angels got to Thorpe with a two-out rally capped by Walsh's two-run, seeing-eye single to center.

The Twins chased Heaney and then scored three runs on three consecutive hits off Aaron Slegers (1-0), but Los Angeles reclaimed the lead with three straight singles in the sixth. Shohei Ohtani shattered his bat before scoring along with Fletcher on Trout's single to left off Randy Dobnak (0-3). 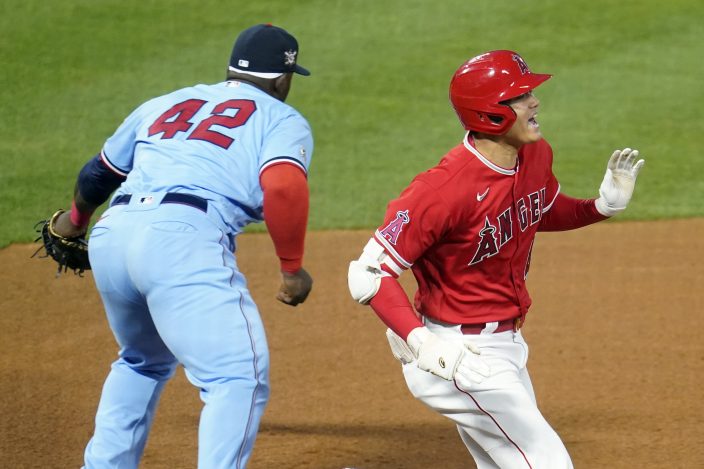 Los Angeles Angels' Shohei Ohtani, right, reacts as he grounds out during the fourth inning of a baseball game against the Minnesota Twins Friday, April 16, 2021, in Anaheim, Calif. (AP PhotoMarcio Jose Sanchez)

Twins shortstop Andrelton Simmons missed his return to Anaheim after testing positive for COVID-19 earlier in the week. Simmons spent the past five seasons with the Angels, winning two Gold Gloves and becoming a fan favorite for his acrobatic defense.

Before the game, Minnesota manager Rocco Baldelli said he had a false-positive test Thursday morning. Baldelli also said the Twins have “further COVID-related issues in our clubhouse" without disclosing details. 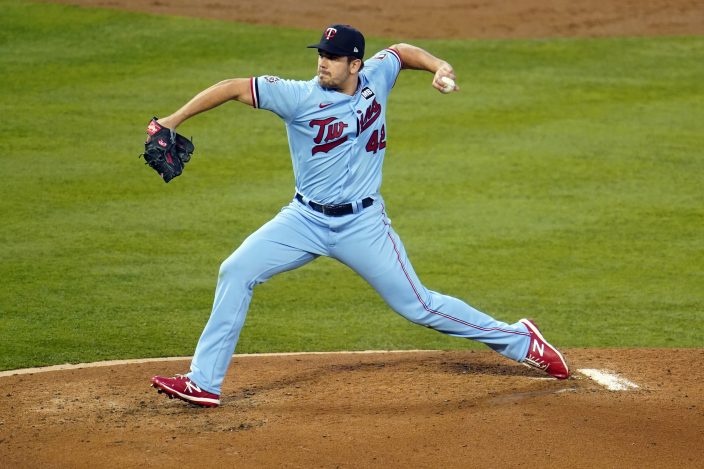 Willians Astudillo pitched the eighth inning for Minnesota in the second career mound appearance by a utilityman who has played every position. He retired the Angels in order on seven pitches, some as slow as 46 mph. Astudillo last pitched in 2018.

Twins: OF Byron Buxton sat out his fourth straight game with a mild hamstring strain. He planned to go through a full workout to test the injury.

Los Angeles Angels designated hitter Shohei Ohtani runs to first base as he grounds out during the fourth inning of a baseball game against the Minnesota Twins Friday, April 16, 2021, in Anaheim, Calif. (AP PhotoMarcio Jose Sanchez)

Angels: Ohtani will throw in the bullpen Saturday before the team decides when his next start on the mound will occur. He hasn't started since April 4 due to a blister on his right middle finger. ... Los Angeles recalled INF Luis Rengifo and OF Scott Schebler to help out in the injury absences of Anthony Rendon and Dexter Fowler. The Halos designated OF Jon Jay for assignment to make room for two early standouts from the club's alternate training site.

José Quintana (0-1, 16.20 ERA) attempts to solve a poor start to his first season with the Angels. He faces Minnesota RHP Matt Shoemaker (1-0, 4.09), who set the Angels' rookie record with 16 victories in 2014 to begin five injury-plagued seasons under the halo. 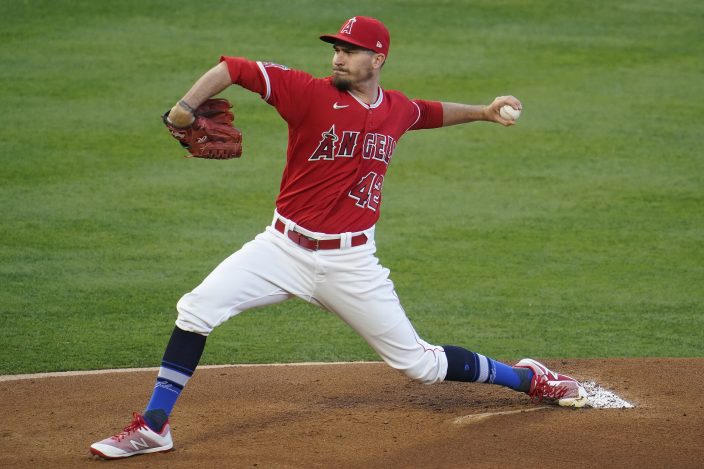