U.S. climate envoy John Kerry met with South Korea’s foreign minister in Seoul on Saturday for talks ahead of a virtual climate summit of world leaders called by President Joe Biden for next week.

Kerry arrived in South Korea after a four-day visit to China where he held closed-door meetings with senior Chinese officials in Shanghai.

In Seoul, South Korean Foreign Minister Chung Eui-yong hosted Kerry for a dinner meeting at his residence, where Kerry wrote in a guestbook saying: “Thank you so much for Korea’s leadership on the climate crisis.” 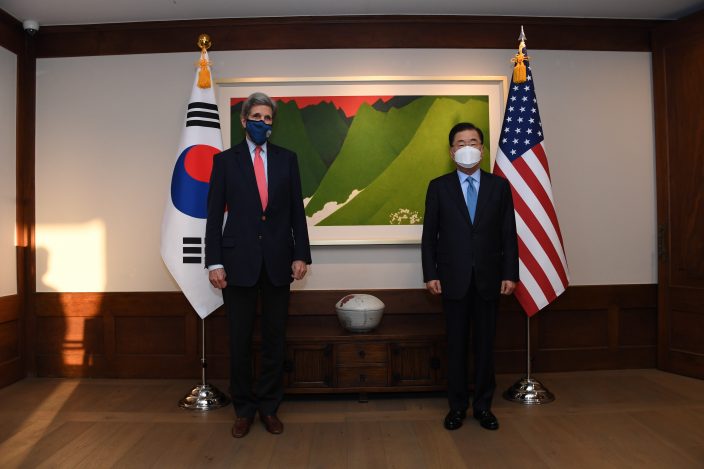 Details from their conversations weren’t immediately released. Kerry and Chung had spoken over the phone twice last month to discuss the countries’ cooperation on climate change and to exchange views on the U.N. Climate Change Conference scheduled to be held in Scotland in November, according to Chung's ministry.

The U.S. State Department had said Kerry’s visits to China and South Korea were to discuss “raising global climate ambition” ahead of Biden’s climate meeting.