From clashes in Greece, to health care workers continuing care of COVID-19 patients in Canada, to celebrations honoring late leader Kim II Sung in North Korea and Muslims offering prayers on the first Friday of Ramadan in Indonesia, this photo gallery highlights some of the most compelling images made or published in the past week by The Associated Press from around the world. 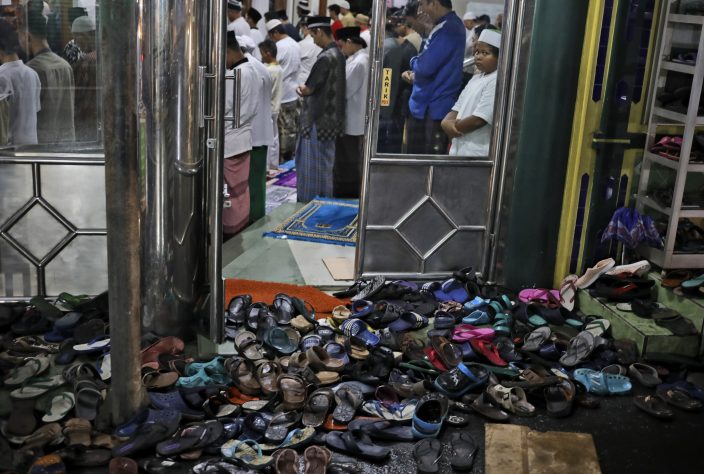 Footwear are left outside as people perform an evening prayer called 'tarawih' during the first evening of the holy fasting month of Ramadan, at a mosque in Jakarta, Indonesia, Monday, April 12, 2021. (AP PhotoDita Alangkara) 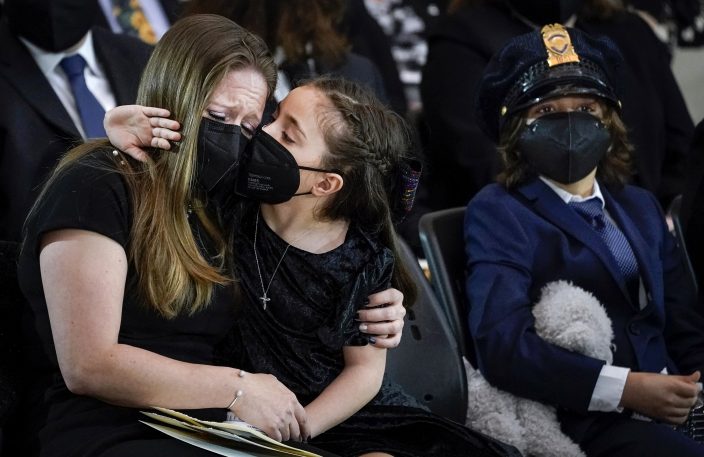 Abigail Evans, 7, Logan Evans, 9, the children of the late U.S. Capitol Police officer William "Billy" Evans, sit with their mother Shannon Terranova, left, during a memorial service as Evans lies in honor in the Rotunda at the U.S. Capitol, Tuesday, April 13, 2021 in Washington. (Drew AngererPool via AP) 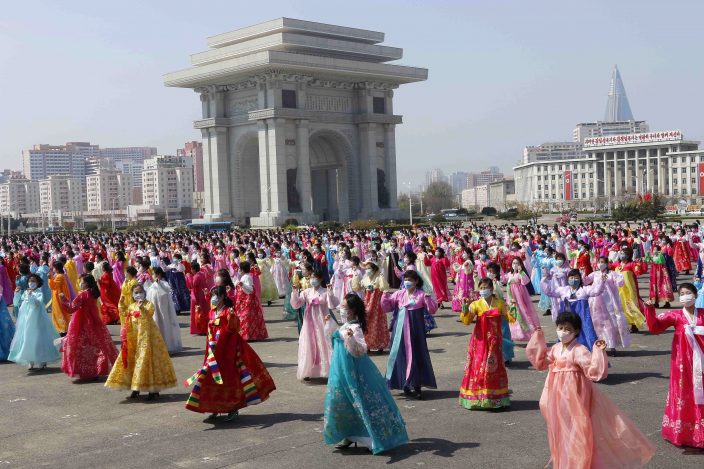 Women dance near the Arch of Triumph on the Day of the Sun, the birth anniversary of late leader Kim Il Sung, in Pyongyang, North Korea, Thursday, April 15, 2021. (AP PhotoJon Chol Jin) 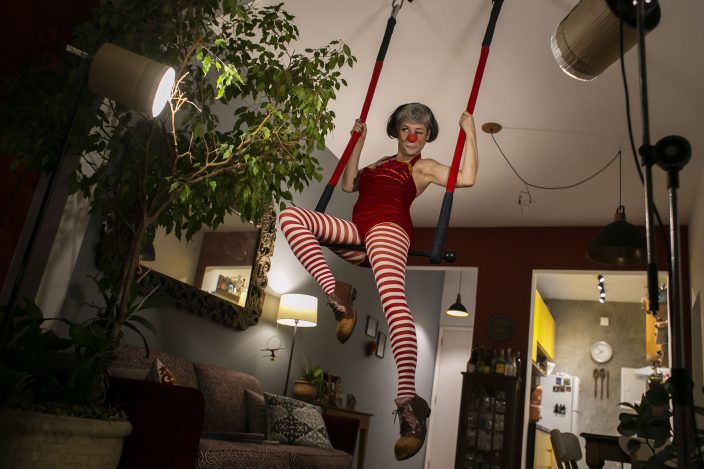 Trapeze artist Regina Oliveira performs her clown act for live, online streaming of the "Benditas Genis" women's clown festival at her home during the COVID-19 pandemic in Rio de Janeiro, Brazil, Sunday, March 14, 2021. Oliveira transformed her apartment in the hilltop Santa Teresa neighborhood into a small studio, complete with professional lighting and trapeze, to give classes and presentations. (AP PhotoBruna Prado) 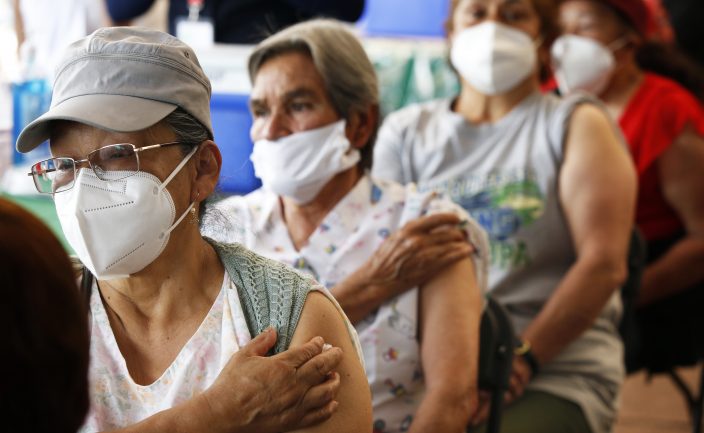 Persons over 60-years-old wait in observation after receiving their second dose of the AstraZeneca COVID-19 vaccine at the University Olympic Stadium in Mexico City, Monday, April 12, 2021. (AP PhotoMarco Ugarte) 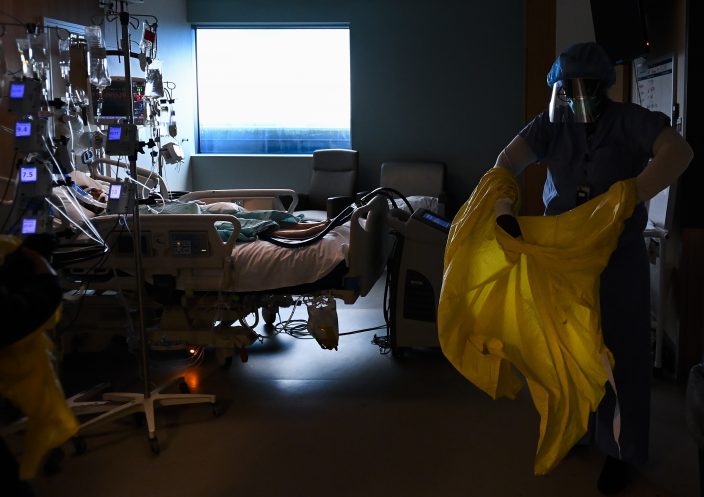 Registered nurse Jane Abas takes off her gown after tending to a COVID-19 variant patient who is intubated and on a ventilator in the intensive care unit at the Humber River Hospital in Toronto on Tuesday, April 13, 2021. (Nathan DenetteThe Canadian Press via AP) 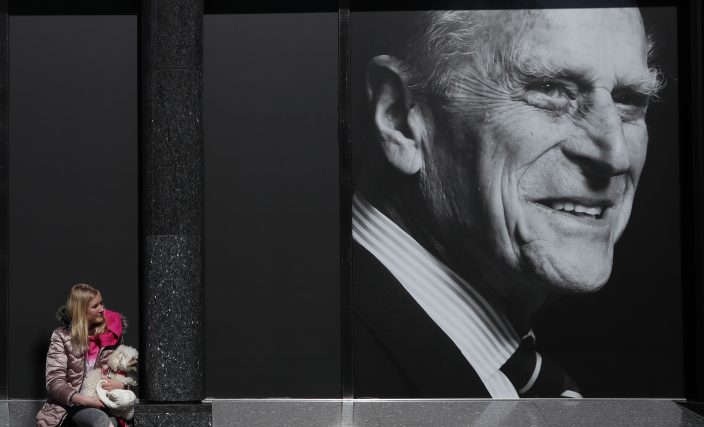 Isabella Disley and her dog Coco wait next to a portrait of Prince Philip, which adorns a window of a department store in Windsor, England, Friday, April 16, 2021. Prince Philip husband of Britain's Queen Elizabeth II died April 9, at aged 99. His funeral will take place Saturday, April 17 at Windsor Castle in St George's Chapel. (AP PhotoAlastair Grant) 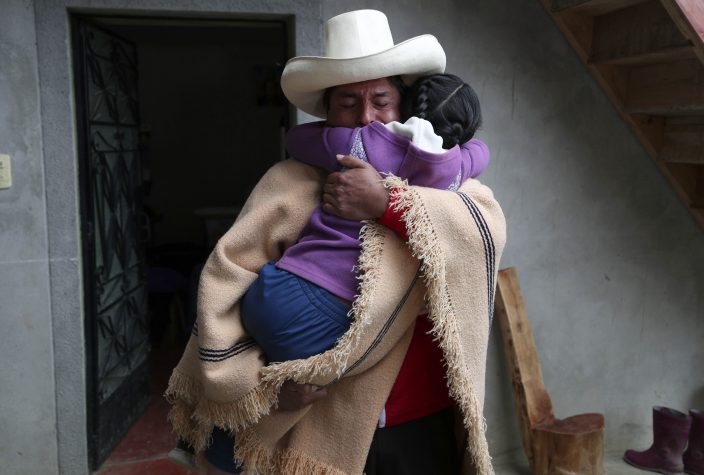 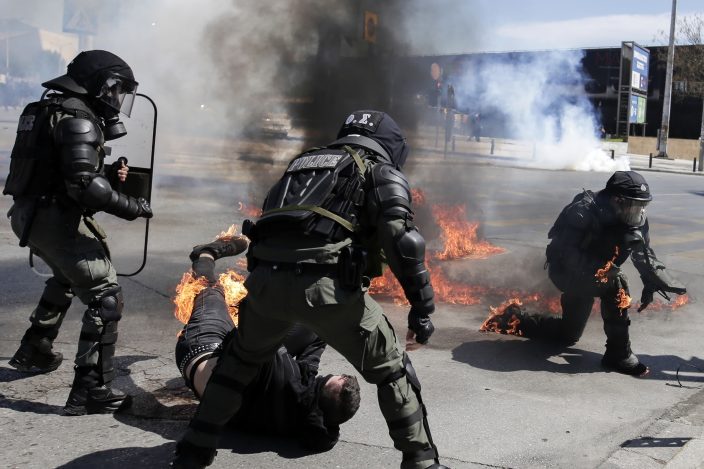 A protester, bottom, and riot policeman react after catching fire from a gasoline bomb during a protest in the the northern city of Thessaloniki, Greece, Thursday, April 15, 2021. The protester was arrested on suspicion of throwing a gasoline bomb, authorities said. Clashes between small groups of demonstrators and police broke out in the northern Greek city of Thessaloniki at the end of a march to protest a new law allowing the policing of university campuses. (AP PhotoAchilleas Chiras) 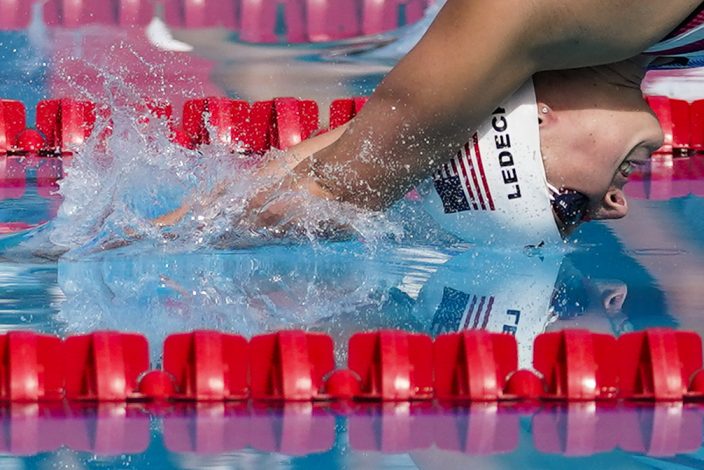 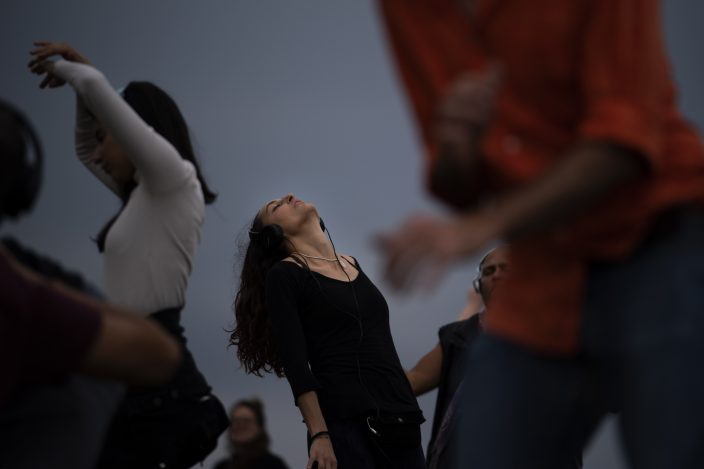 People dance as they take part in a Silent Disco session in front of the sea in Barcelona, Spain, Sunday, April 11, 2021. The silent disco is an event where everyone wears noise-canceling headphones while dancing in a group and respecting social distancing regulations. Participants can choose one of the multiple channels of music to dance to, so they are dancing to different songs at the same time. (AP PhotoEmilio Morenatti)