Attorneys and witnesses have used the words “reasonable” or “unreasonable” often at the trial of the former Minneapolis police officer charged with murder and manslaughter in George Floyd's death.

It's no coincidence. The concept of reasonableness has been crucial at trials of officers ever since the landmark Graham v. Connor ruling 32 years ago by the U.S. Supreme Court.

Here is a look at the issue and the key role it's likely to play as Derek Chauvin's trial draws to a close. 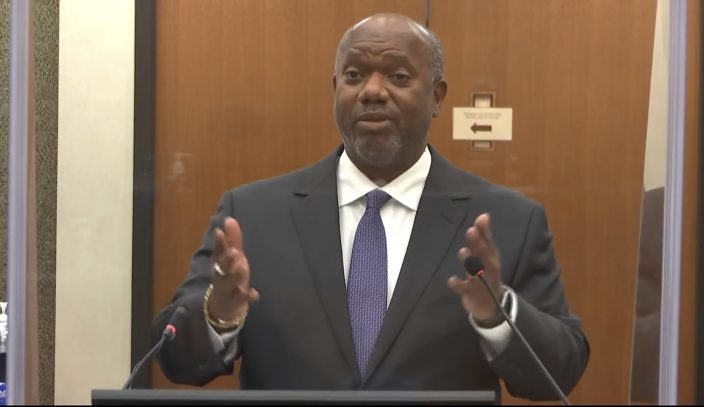 In this image from video, prosecutor Jerry Blackwell questions Dr. David Fowler, a retired forensic pathologist and former chief medical examiner for the state of Maryland, as Hennepin County Judge Peter Cahill presides, Wednesday, April 14, 2021, in the trial of former Minneapolis police Officer Derek Chauvin at the Hennepin County Courthouse in Minneapolis, Minn. Chauvin is charged in the May 25, 2020 death of George Floyd. (Court TV via AP, Pool)

WHAT WAS GRAHAM V. CONNOR ABOUT?

Before the Graham v. Connor ruling in 1989, lower courts were often at odds about how to determine whether an officer on trial used an unreasonable, and therefore illegal, amount of force.

Graham v. Connor involved a 1984 arrest in North Carolina in which officers manhandled diabetic Dethorne Graham, brushing off his pleas for treatment when he said he was having a potentially deadly insulin reaction. 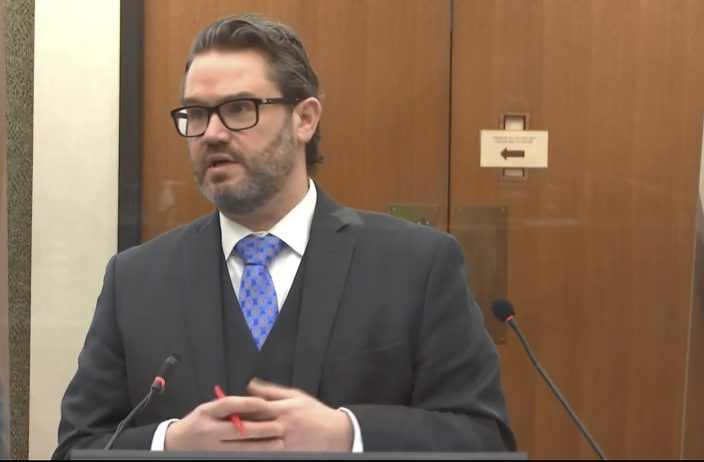 It bore some similarities to the arrest of Floyd last May 25, when Floyd repeatedly said he couldn't breathe as Chauvin, who is white, kneeled on the Black man’s neck for nearly 9 1/2 minutes.

WHAT CRITERIA DID THE HIGH COURT SET?

In its unanimous opinion written by Chief Justice William Rehnquist, the court said whether an officer used a proper level of force had to be viewed from the officer’s perspective. 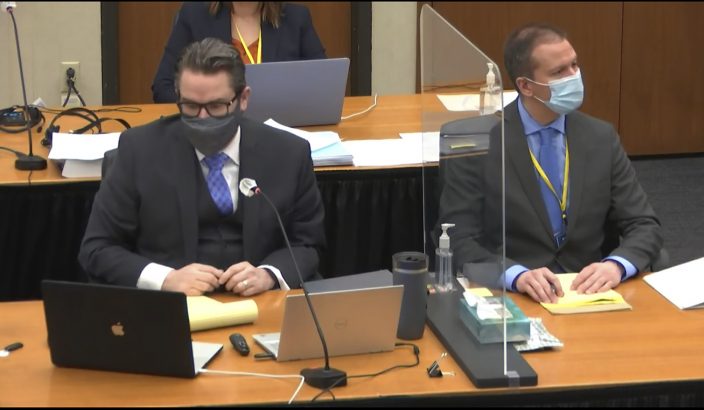 “The ‘reasonableness’ of a particular use of force must be judged from the perspective of a reasonable officer on the scene, rather than with the 20/20 vision of hindsight,” Rehnquist wrote.

Among the implications of Graham v. Connor was that an officer's actions leading to a suspect’s death may be legal if the officer believed his or her life was at risk — even if, in hindsight, it becomes clear there was no such danger.

The assertion that an officer’s perception of fear could trump the actual danger has led to acquittals of many officers over the years. Jurors found four Los Angeles police officers not guilty in the 1991 beating of Rodney King after being instructed to use the Graham v. Connor criteria.

Some legal experts believed Chauvin might have wanted to testify because of the importance the high court placed on what an officer was thinking. Chauvin said Thursday he would not testify.

HOW HAVE PROSECUTORS CITED THOSE CRITERIA?

Some lawyers for officers charged in fatal shootings have won acquittals under those criteria by arguing their clients were in chaotic situations with mere seconds to decide whether to pull a trigger.

That wasn’t Chauvin’s situation. Prosecutors have said it's clear Chauvin faced no imminent threat and was never forced to make the kind of split-second decisions the high court envisioned.

Prosecutor Steve Schleicher asked one defense witness to explain how Floyd could have posed a continuous threat, even if he did momentarily, since he was handcuffed and pinned face down by Chauvin's knee on his neck, as well as officers at his back and legs.

“Would you agree that the application of use of force must be reasonable at the start and at the end (of an incident) … and at all points in between?” Schleicher asked the defense witness Barry Brodd, a former California police officer. Brodd said he agreed.

Schleicher went on to say a reasonable officer would have known Floyd stopped resisting, especially after being told, as Chauvin was, that Floyd no longer had a pulse and had stopped breathing.

Their claim is that looks can be deceiving. They've called witnesses to tell jurors that suspects, especially large men like Floyd, can suddenly present a threat even if bystanders can't see that.

Brodd testified that Floyd appeared to be under the influence of drugs.

“They (those under the influence) may have superhuman strength, or they may have an ability to go from compliant to extreme noncompliance in a heartbeat,” he said.

Brodd told jurors he believed Chauvin “was justified, was acting with objective reasonableness” in how he treated Floyd.

Defense lawyer Eric Nelson also sought during cross examination to undermine one state witness who had asserted that merely placing Floyd on his stomach in the first place — even before Chauvin wedged his knee into his neck — was unreasonable and excessive.

"On this particular point, no,” he replied.

WHAT ABOUT THE JURY INSTRUCTIONS?

After jurors have all the evidence, likely next week, Hennepin County Judge Peter Cahill will read them jury instructions drawn up by the court with input from prosecutors and the defense.

A draft of those instructions includes a definition of the “reasonable use of force” that adhered closely to the wording in Graham v. Connor.

Jurors are normally allowed to take copies of the instructions with them to the deliberation room, where many jurors rely on them as a kind of roadmap to interpreting the evidence.

Horton-Tucker comes up big in OT as Lakers edge Knicks

Talen Horton-Tucker made the go-ah ...