Newcastle took a big step toward Premier League safety with a 3-2 win over 10-man West Ham, after first-half blunders put the visitors in an early hole as they missed a chance to solidify a top-four spot.

Joe Willock came off the bench and was the hero after heading in the winner just minutes after the Hammers equalized through Jesse Lingard's penalty at St. James’ Park.

West Ham fell behind on Issa Diop's own-goal in the 36th minute with Craig Dawson subsequently being sent off for a second offense that occurred in the buildup. A Joelinton tap-in made it 2-0 five minutes later when goalkeeper Lucasz Fabianski fumbled an easy catch off a corner kick. 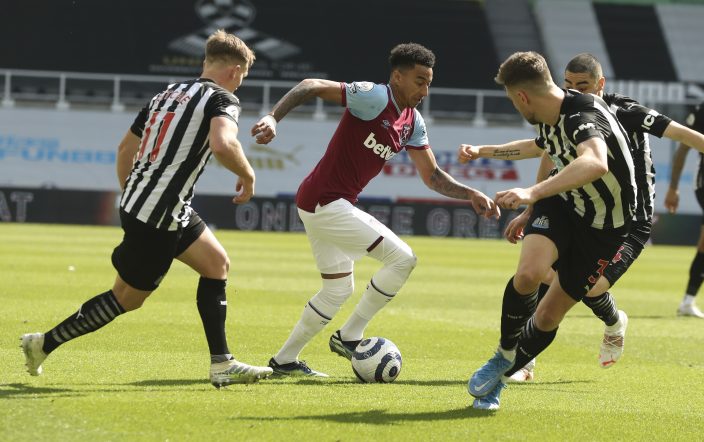 Diop's header in the 73rd minute cut the lead before Lingard, on loan from Manchester United, tied the match seven minutes later from the spot — his ninth goal in 10 games.

But the 21-year-old Willock's goal lifted Newcastle to 15th place, nine points above the relegation zone with six games remaining. On loan from Arsenal, Willock scored a late equalizer against Tottenham on April 4.

West Ham was looking for a third consecutive win but now its hold on fourth place — the final Champions League spot — is under threat. 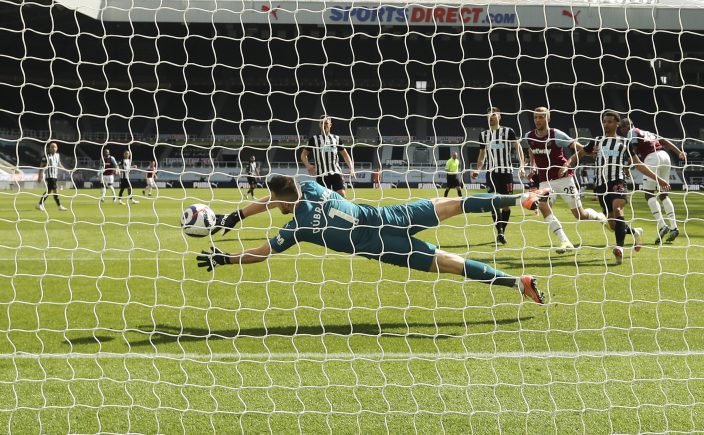 The Hammers are just a point in front of Chelsea — they face each other next Saturday — and three points ahead of Liverpool. Those big-name clubs also have a game in hand.

“I wouldn’t say it was a chance lost, it was an opportunity for us to pick up three points,” West Ham manager David Moyes said. "We like talking about the Champions League, we love the sound of that when everybody says it, but we’re realistic.

“We’ve said before the quality teams who are around us and below us have been over this course many more times than us, but the way the players are playing here is fantastic. Today we made a couple of mistakes which probably cost us the game.”