Claudio Ranieri’s halftime substitutions paid off in a 3-1 win over Hellas Verona in a midtable Serie A clash on Saturday.

After Darko Lazovic put Verona ahead early from a free kick, Ranieri made three changes during the break and two of the players he sent on — Antonio Candreva and Keita Balde — helped set up an equalizer from Jakub Jankto.

Candreva and Keita were at it again to draw a foul that led to a penalty kick converted by Manolo Gabbiadini, the other halftime sub. 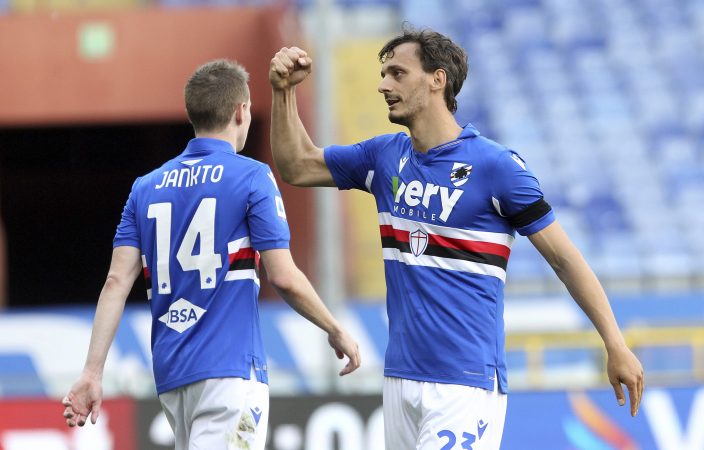 Sampdoria's Manolo Gabbiadini celebrates after socring during the Italian Serie A soccer match between Verona and Sampdoria at the Luigi Ferraris Stadium in Genoa, Italy, Saturday, April 17, 2021. (Tano PecoraroLaPresse via AP)

Morten Thorsby then added another for 10th-place Samp, which moved within two points of ninth-place Verona.

“Verona were more determined at the beginning and I had to make changes, because we were basically playing into Verona’s hands and not doing what we had prepared during the week,” Ranieri said.

A halftime substitute also made a major impact in Sassuolo’s 3-1 comeback win over Fiorentina as Domenico Berardi converted two penalties after he came on. 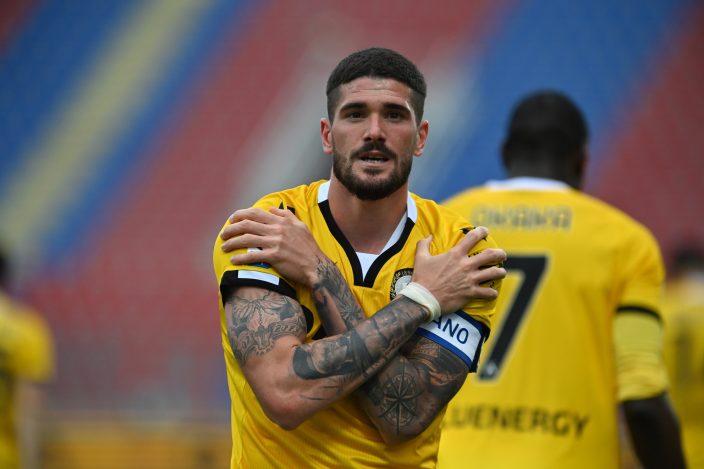 Udinese's Rodrigo De Paul celebrates after scoring during the Italian Serie A soccer match between Crotone and Udinese at the Ezio Scida Stadium in Crotone, Italy, Saturday, April 17, 2021. (Francesco MazzitelloLaPresse Via AP)

Giacomo Bonaventura had put Fiorentina ahead before Berardi responded after the break and Maxime Lopez added another for Sassuolo, which is eighth.

Fiorentina, which is just two places above the drop zone, did not speak with media after the game. 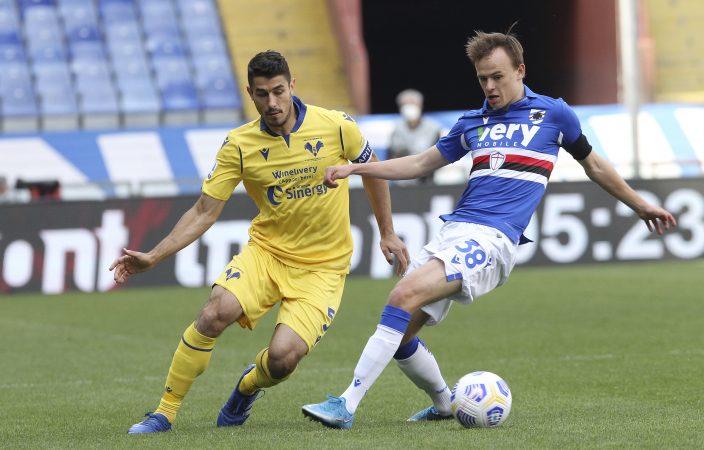 Verona's Davide Faraoni, left, and Sampdoria's Mikkel Damsgaard vie for the ball during the Italian Serie A soccer match between Verona and Sampdoria at the Luigi Ferraris Stadium in Genoa, Italy, Saturday, April 17, 2021. (Tano PecoraroLaPresse via AP)

Crotone striker Simeon Tochukwu, known as “Simy,” converted a penalty for his 17th goal of the season but the last-place Calabrian club lost 2-1 at home to Udinese.

Rodrigo De Paul scored twice for Udinese but also received a direct red card for a foul in the 90th.

Also, Cagliari beat Parma 4-3 with an injury-time winner from Alberto Cerri in a matchup of the other two clubs in the relegation zone. 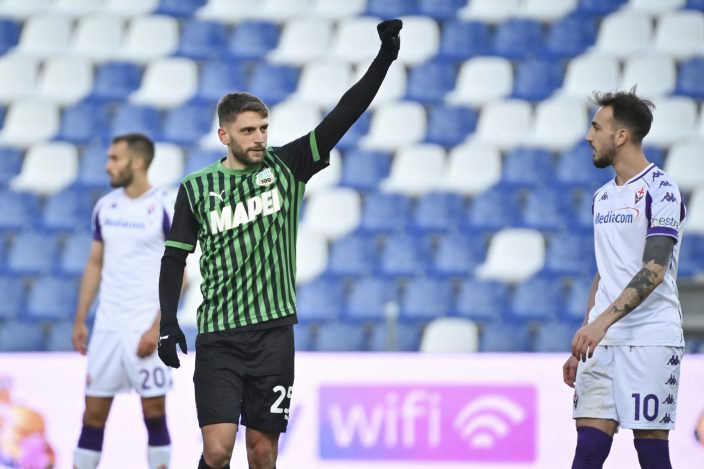 Substitutes put Inter Milan on brink of Serie A title

Milan loses 2-1 at home to Sassuolo in Serie A