Kris Bryant and Willson Contreras each homered twice, and the Chicago Cubs beat the Braves 13-4 Saturday on an afternoon when Atlanta returned Sean Kazmar Jr. to the major leagues for the first time in 13 years.

Javier Báez and David Bote also homered for the Cubs. who stopped a three-game losing streak. Chicago entered hitting a major league-worst .166 and then took an 11-0 lead in the fifth.

Atlanta selected the contract of Kazmar, a 36-year-old infielder, from its alternate training site before the game. He pinch hit in the fifth inning grounded into a 4-6-3 double play. 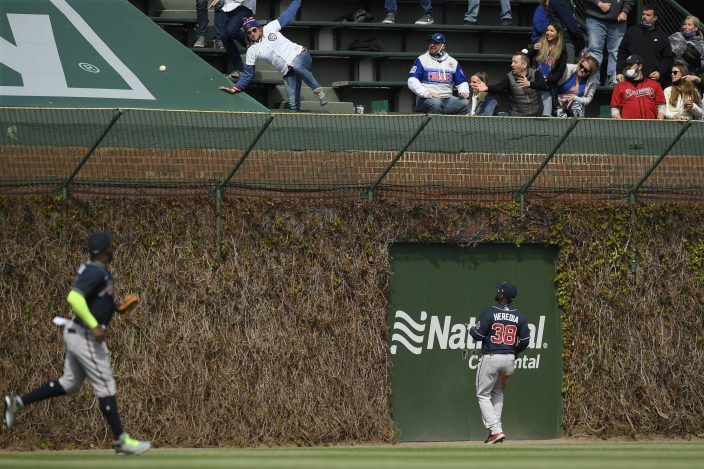 Kazmar had not played in the major leagues since Sept. 23, 2008, with the San Diego Padres. He appeared in 19 games that season for his only previous major league action, and had since played in Triple-A for the Padres, Seattle Mariners, New York Mets and Braves, plus Double-A for the Mets — a total of 1,106 minor league games.

The gap between big league appearances was the greatest since that of right-hander Ralph Winegarner, according to Elias Sports Bureau. Winegarner played on June 23, 1936, for the Cleveland Indians and did not return to the majors until July 7, 1949, with the St. Louis Browns — a span of 13 years and 14 days.

Trevor Williams (2-1) allowed one run and four hits in five innings. He had given up five runs and 10 hits against Pittsburgh in his previous start. 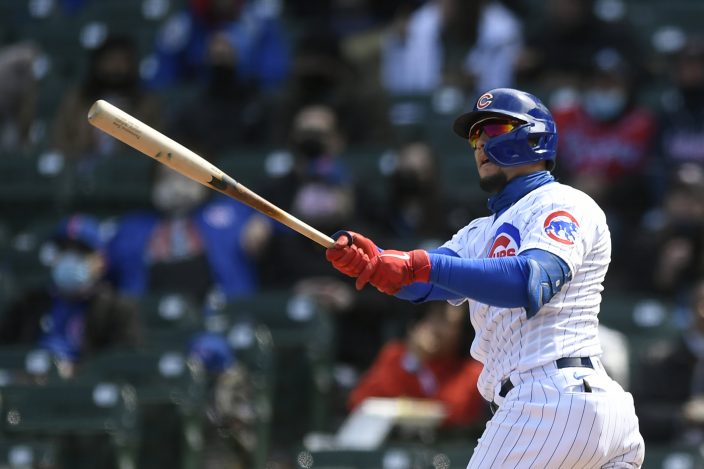 Contreras hit solo shots in the first and third innings off Ynoa, and Bryant hit two-run drives against Jesse Biddle in the fifth and Jacob Webb in the sixth.

Contreras has homered in three consecutive games for the first time in his career. 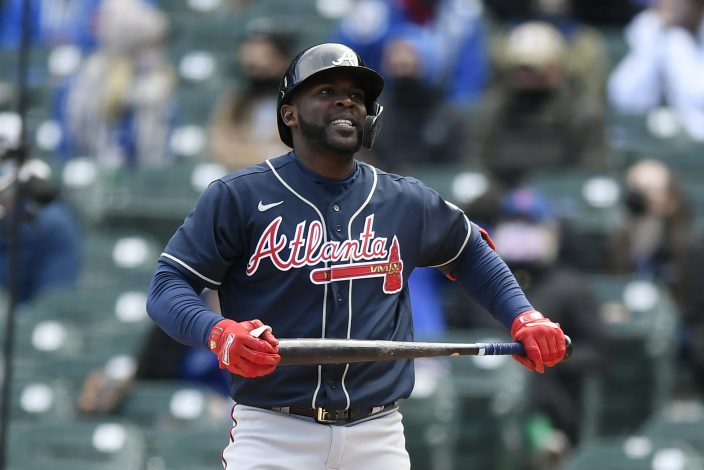 Atlanta Braves' Guillermo Heredia reacts after striking out during the second inning of a baseball game against the Chicago Cubs Saturday, April 17, 2021, in Chicago. (AP PhotoPaul Beaty)

Báez hit a three-run homer off Ynoa in the third and Bote against Webb in the fifth.

Ehire Adrianza and Ronald Acuña Jr. had two hits apiece for the Braves, who have lost five out of seven. Adrianza tripled and scored on a sacrifice fly before Marcell Ozuna hit a two-run single in a three-run seventh. 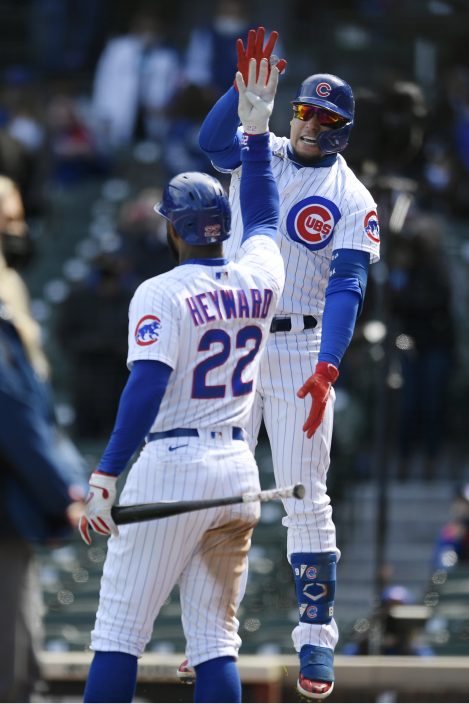 Braves: RHP Bryse Wilson was recalled from the alternate training site, LHP Sean Newcomb (no reason given) and outfielder Ender Inciarte (strained left hamstring) went on the 10-day injured list before Saturday’s game. ... INF Ozzie Albies is sore and day to day after being hit by a pitch on a calf Friday, Snitker said. 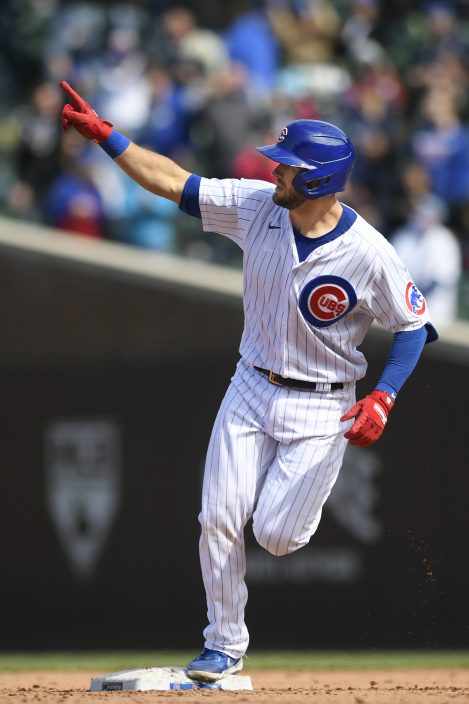 Chicago Cubs' David Bote celebrates while rounding second base after hitting a three-run home run during the fifth inning of a baseball game against the Atlanta Braves Saturday, April 17, 2021, in Chicago. (AP PhotoPaul Beaty)

RHP Kyle Hendricks (0-1, 3.00 ERA) is expected to start Sunday for the Cubs and Wilson (1-0, 4.02) for the Braves. Hendricks was scratched from his start Tuesday because he felt ill. He tested negative for COVID-19. 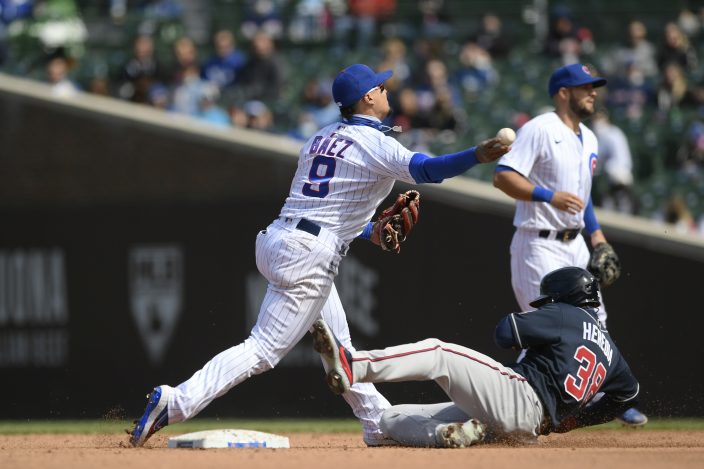 Chicago Cubs shortstop Javier Baez throws to first base after forcing out Atlanta Braves' Guillermo Heredia at second base during the seventh inning of a baseball game Saturday, April 17, 2021, in Chicago. (AP PhotoPaul Beaty)

Talks 'intensify' on bringing US back to Iran ...