The Red Sox uniforms — without any red — honor the Boston Marathon with the colors that stretch across the finish line of the famous race. They featured yellow tops with powder-blue lettering across the front, numbers on the back and caps, with white pants.

Boston was the first of seven MLB teams that will don a new City Series look this season, and will wear them this weekend. The Marathon, usually held on Patriots’ Day in conjunction with an 11 a.m. start for the Red Sox, was moved to Oct. 11 due to the pandemic. 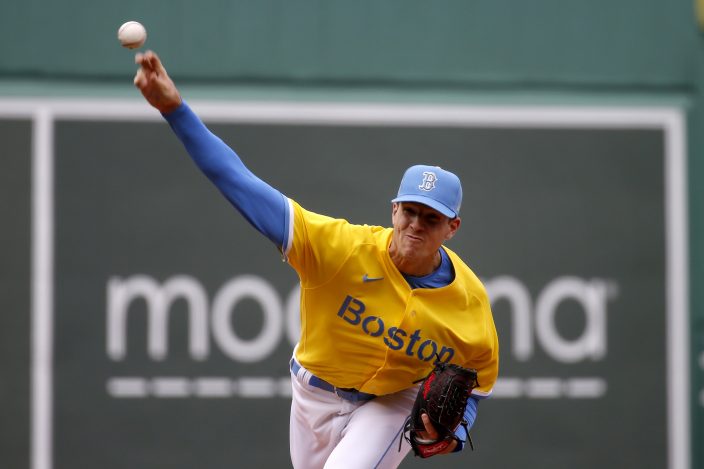 Xander Bogaerts and Kiké Hernández each had a double and three singles for the Red Sox. Bogaerts’ double drove in two runs in the eighth.

Gonzalez homered into Boston’s bullpen off Cody Heuer (1-1). J.D. Martinez drew a bases-loaded walk off reliever José Ruiz before Bogaerts’ ground-rule hit dropped in down the right-field line before bouncing into the stands.

Chicago right fielder Adam Eaton robbed Rafael Devers of a homer when he made a leaping grab before crashing into the wall and hit an RBI double. José Abreu added an RBI double and two hits. 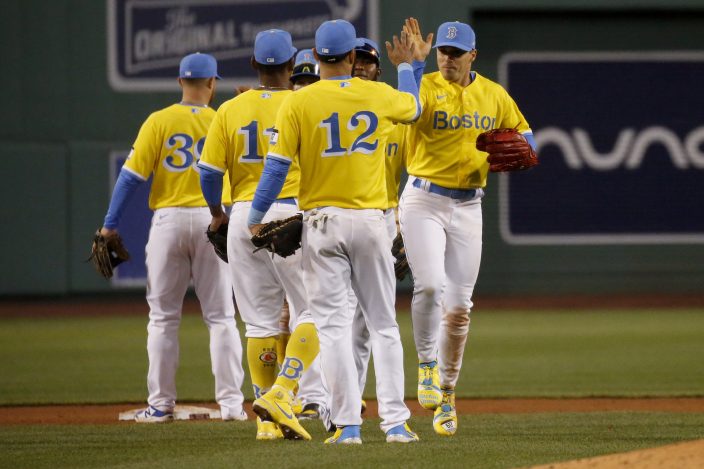 Boston Red Sox players celebrate their win over the Chicago White Sox at the end of the baseball game, Saturday, April 17, 2021, in Boston. (AP PhotoMary Schwalm)

Adam Ottavino (2-1) struck out all three batters he faced for the victory.

Friday night’s series opener was postponed due to snow and rain. It’s scheduled as the nightcap of a split admission doubleheader on Sunday. 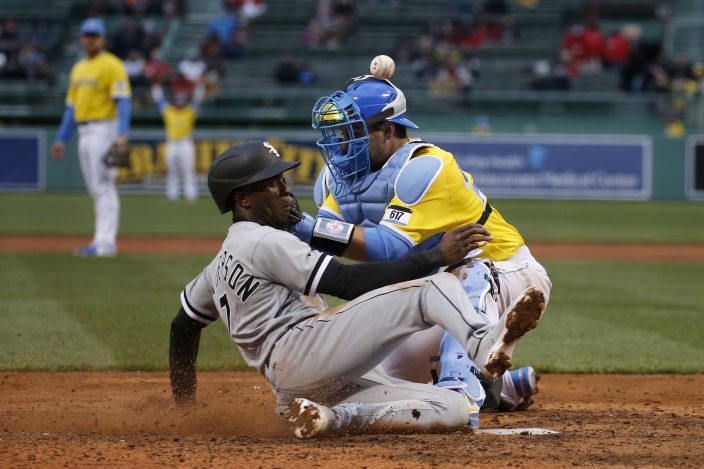 Red Sox: LHP Martín Pérez (0-0, 4.50) is slated to start the second game. Cora hasn’t announced a starter for the first, yet. 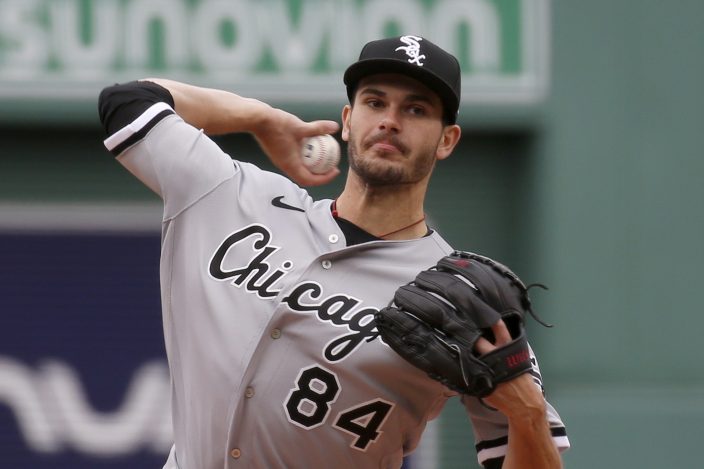 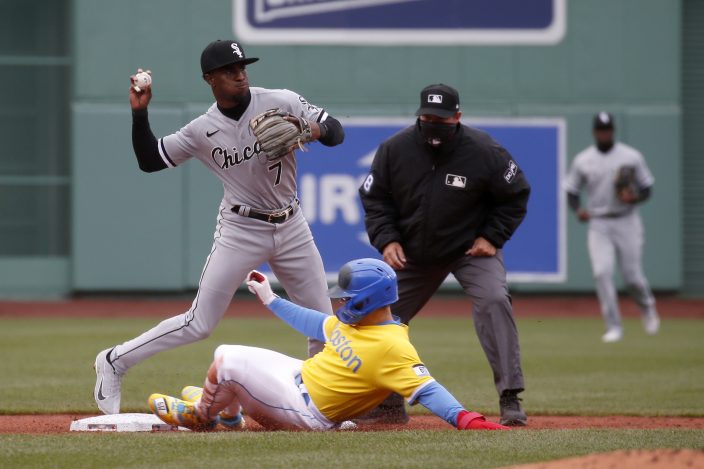 Boston Red Sox's Enrique Hernandez, bottom, is out at second as Chicago White Sox shortstop Tim Anderson (7) throws to first to complete the double play during the first inning of a baseball game, Saturday, April 17, 2021, in Boston. (AP PhotoMary Schwalm)