Darcy Kuemper stopped 20 shots in his return to the lineup, and the Arizona Coyotes rallied from a two-goal deficit to beat the St. Louis Blues 3-2 on Saturday

Arizona got off to a sluggish start in its first home game in three weeks, falling into a 2-0 hole in the first period.

The Coyotes revved up the pressure in the second, tying it on power-play goals by Alex Goligoski and Clayton Keller. Michael Bunting scored early in the third, and Kuemper was sharp after the early goals in his first game since missing 19 with a lower-body injury. 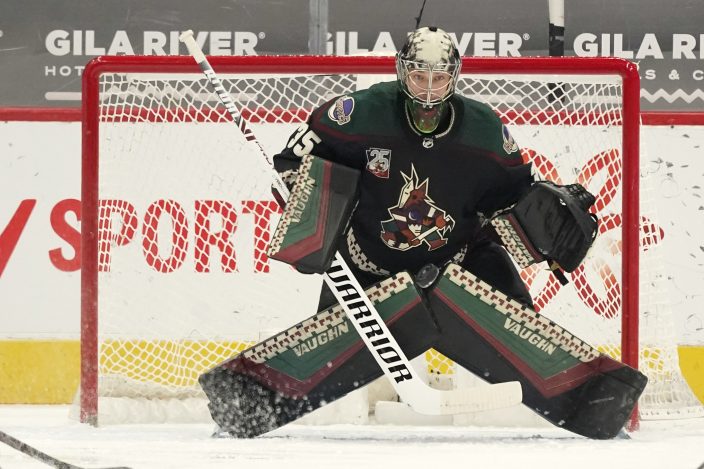 The Coyotes ended a five-game losing streak and moved a point ahead of the Blues in the race for the West Division's final playoff spot.

The Coyotes and Blues played what had the feeling of an in-season playoff series in February. 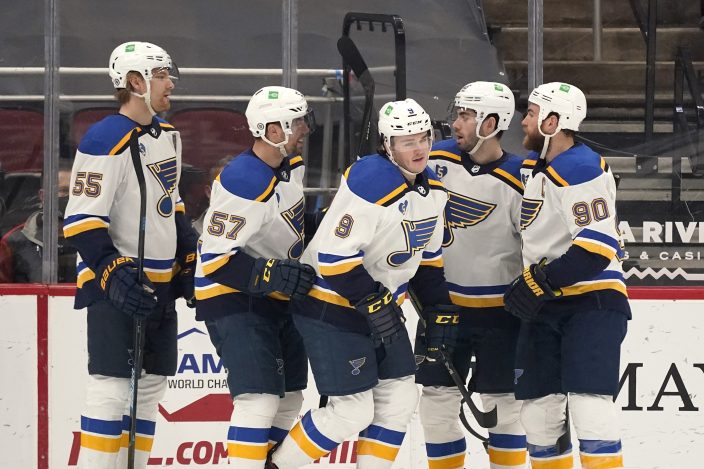 Due to COVID-19 postponements, Arizona and St. Louis played an NHL-first seven straight regular-season games that grew with intensity each time they met. The Coyotes won the series with a 1-0 win in “Game 7.”

The Blues had the early jump in the season series finale, scoring 1:23 in when Blais beat Kuemper to the stick side from the top of the circles.

Bozak made it 2-0 midway through the first, lifting a rebound of his own shot over Kuemper's left shoulder on a power play.

The Coyotes needed less than two minutes of the second period to get back in it, pulling within 2-1 when Goligoski one-timed a pass from behind the net by Nick Schmaltz.

Keller tied it on a power play midway through the second, beating Binnington to the glove side with a wrist shot from the right circle.

Binnington made some tough saves to close out the second period, but Bunting beat him in early in third on a redirect of a shot by Jakob Chychrun. Bunting has seven goals in 10 games since being called up from Tucson of the AHL.

St. Louis hosts the first of consecutive games against Colorado on Tuesday.

Arizona hosts the first of two straight games against Minnesota on Monday.