Mats Zuccarello had a goal and an assist, and the Minnesota Wild stayed hot at home by downing the San Jose Sharks 5-2 on Saturday.

Joel Eriksson Ek, Zach Parise, Kirill Kaprizov and Nico Sturm also scored on a night when 12 different Wild players had at least one point. Kaapo Kahkonen made 26 saves as Minnesota won its third straight and improved to 17-4-0 at home this season.

Brent Burns and Joel Kellman scored for San Jose, and Martin Jones made 19 saves on 24 shots before being replaced by Josef Korenar in the third period. 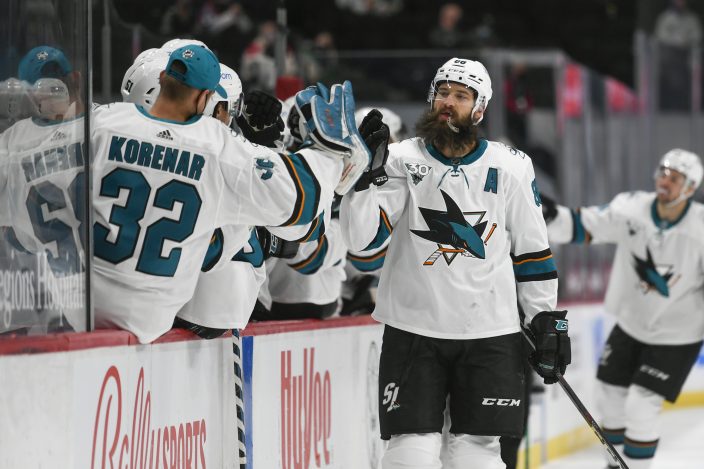 San Jose Sharks defenseman Brent Burns celebrates with the bench after scoring a goal against the Minnesota Wild during the first period of an NHL hockey game Saturday, April 17, 2021, in St. Paul, Minn. (AP PhotoCraig Lassig)

Sharks forward Patrick Marleau tied Gordie Howe’s NHL record by playing in his 1,767th game. He is set to break the mark on Monday in Las Vegas.

San Jose opened the scoring midway through the first period when Burns beat Kahkonen with a wrist shot from the blue line for his sixth goal of the season.

The Sharks’ lead lasted less than 2 1/2 minutes. The Wild grabbed control by scoring three times in a span of 72 seconds. 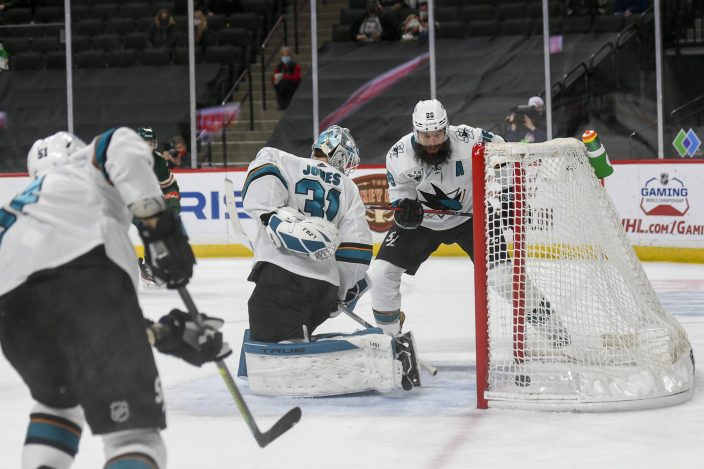 First, in the final seconds of a power play, Marcus Johansson made a backhand pass from behind the net into the slot. Zuccarello’s shot was off target but it hit Burns’ skate and trickled into the net. It was Zuccarello’s 10th goal of the year and fourth in the last three games.

Just 36 seconds later, Jones stopped Jordan Greenway’s slap shot, but the rebound hit Eriksson Ek in the chest and dropped into the net.

Then 36 seconds after that, Parise beat Jones between the legs with a wrist shot from the left faceoff circle. Parise’s third goal in as many games gave him 400 points in a Wild uniform. 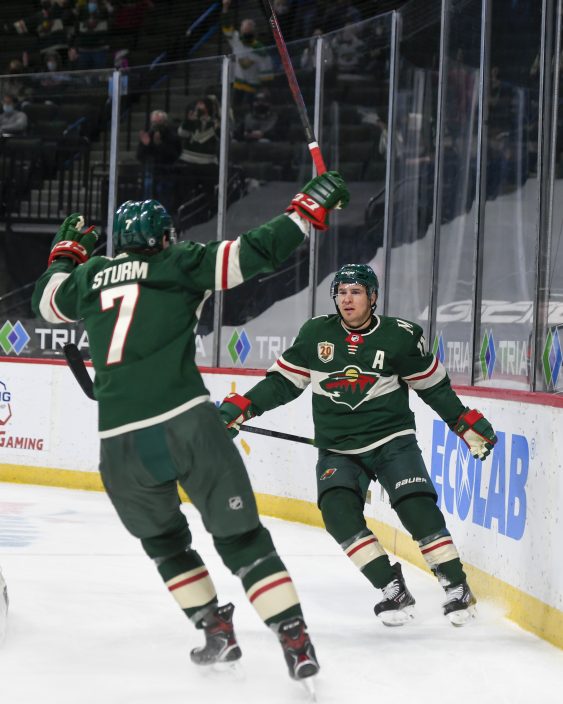 Kaprizov made it 4-1 early in the second with his 17th of the season, tops among NHL rookies. He started the play by stealing the puck as the Sharks were trying to break out of their zone.

Kaprizov passed it to Zuccarello, who tried to set up Kevin Fiala in the slot. Fiala whiffed on his shot, but the puck found Kaprizov trailing the play, and he rocketed a shot over Jones’ shoulder.

Sturm extended the Wild lead to 5-1 with less than a minute left in the second. He picked up the puck in his own zone, skated the length of the ice, deked Jones out of position and scored on a wraparound into the open net.

Kellman got one back for the Sharks late in the third, burying a shot from the slot shortly after a power play ran out.

Sharks: At Vegas on Monday.

Wild: At Arizona on Monday.

Parise gets winner for Wild in home opener over Sharks, 4-1