Rudy Gay scored 19 points, Drew Eubanks added 13 points and 13 rebounds in his first start of the season and the short-handed San Antonio Spurs had a surprisingly dominant 111-85 win over the Phoenix Suns on Saturday night.

The Spurs were playing without a handful of their main rotation players, including leading scorer DeMar DeRozan, but still controlled almost the entire game. The 6-foot-9 Eubanks has had an increased role over the past few weeks and finished with his second double-double in the past four games.

The Suns had their 10-game home winning streak snapped and fell to 40-16 for the season. They're about to enter a difficult part of their schedule with 12 of their final 16 games on the road. 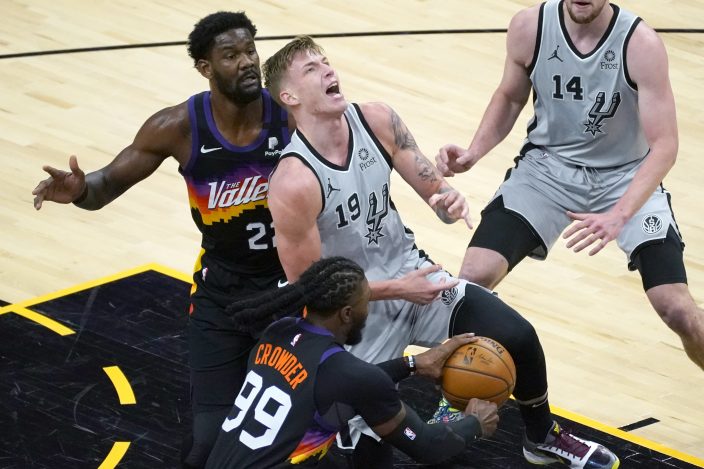 Phoenix used a pair of 3-pointers late in the third by Jevon Carter and Torrey Craig to pull within 87-68 going into the fourth. Carter hit another 3 to pull the Suns within 87-71 but they wouldn't get any closer.

Carter led the Suns with 17 points off the bench. Devin Booker added 15 points but shot just 6 of 18 from the field. The Suns shot just 40% as a team, including 22% from 3-point range.

The Suns have been prolific from 3 the past few weeks — including making a franchise-record 25 3s in a win over the Rockets on Monday — but struggled from long range against the Spurs. Phoenix missed its first eight shots from behind the arc, finally breaking the streak when Cam Johnson knocked one down midway through the second. 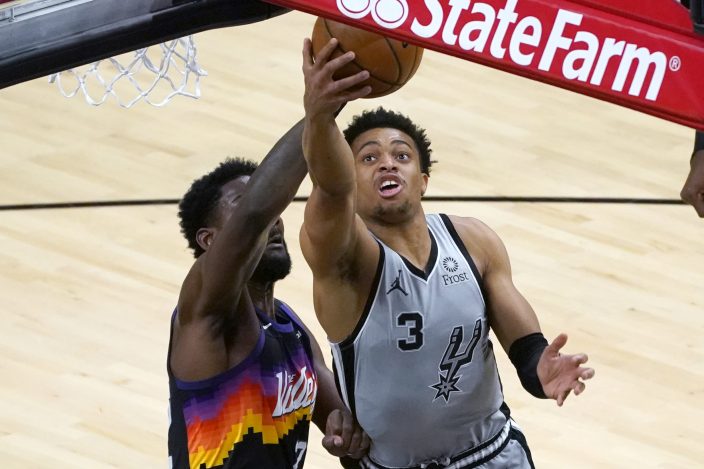 By then, the Suns were already in a big hole. The Spurs led by as many as 23 in the second and took a 64-45 advantage into halftime.

Dejounte Murray led the Spurs with 10 points before the break. Booker had 13 for the Suns, who made just 1 of 10 3-pointers in the first half. 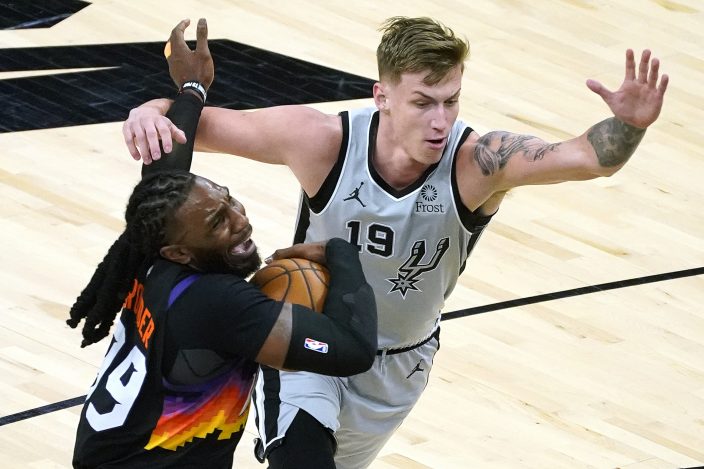 Spurs: San Antonio was resting a handful of players, including G Patty Mills, DeRozan and F Jakob Poeltl. F Trey Lyles was also out with a right ankle sprain. ... Gorgui Dieng was ejected from the game with 25 seconds left, moments after being called for a double technical. 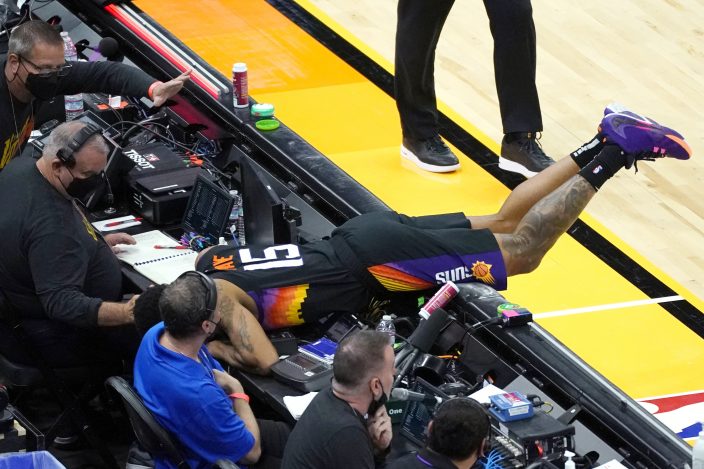 Phoenix Suns guard Cameron Payne (15) dives for a loose ball during the second half of the team's NBA basketball game against the San Antonio Spur on Saturday, April 17, 2021, in Phoenix. (AP PhotoRick Scuteri)

The Spurs got contributions all over the roster. Devin Vassell scored 18 points, Keldon Johnson had 17, Murray added 14 and Derrick White had 12. The Spurs shot 51% from the field and 41% from 3-point range. 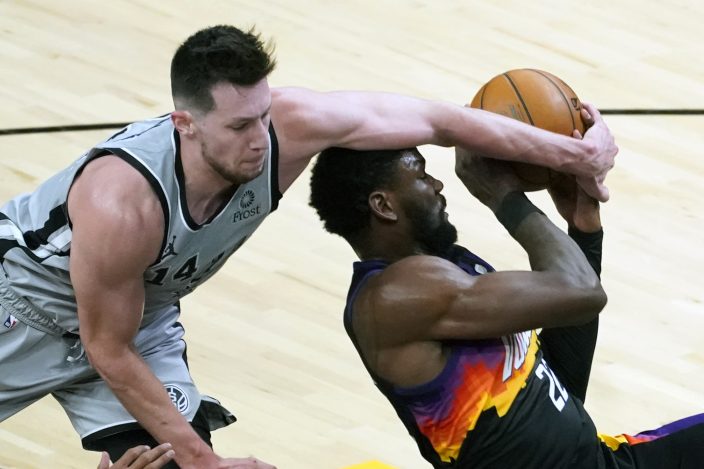