Lydia Ko is golfing like she is a kid again. In other words, she’s tough to beat.

No one came close at this week’s Lotte Championship. Ko torched Kapolei Golf Club and tournament records in the process. A final-round 65 Saturday left her at 28-under 260 and seven shots ahead of everybody.

It brought back vivid memories of the teenager from New Zealand who became the youngest golfer — female or male — to rise to No. 1 the world in 2015. She is the LPGA’s youngest-ever winner, major winner, Rookie and Player of the Year. 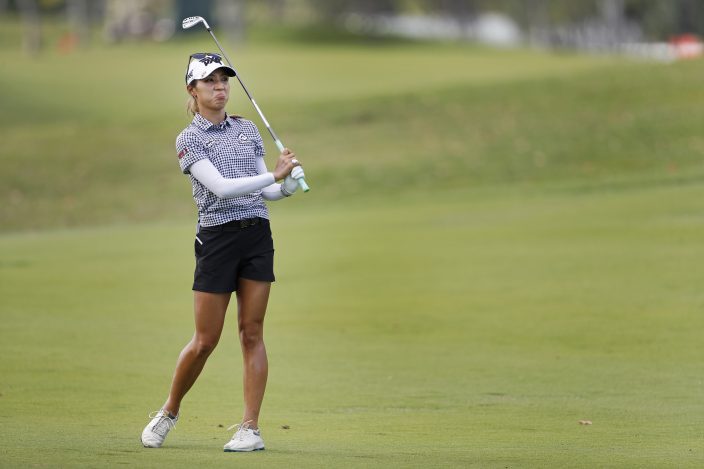 Lydia Ko, of New Zealand, reacts to her shot from the 15th fairway during the final round of the Lotte Championship golf tournament Saturday, April 17, 2021, in Kapolei, Hawaii. (AP PhotoMarco Garcia)

“When it doesn’t happen you do doubt,” Ko said. “If I said I didn’t doubt myself at all it would be a lie. I wondered if I’d ever be back in the winners circle, but obviously I’m grateful for all that’s happened in my career so far.

“It’s been a fun week in Hawaii and to be back in this position is obviously super cool.” 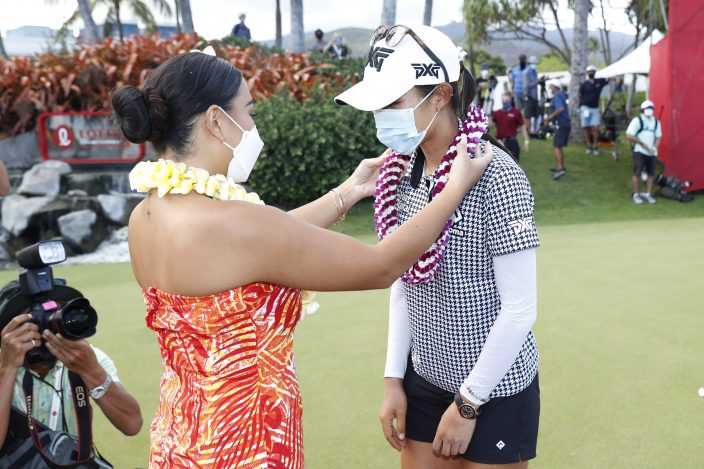 Ko came up three strokes shy of the LPGA record of 31 under. That was set by Sei Young Kim, who finished tied with Inbee Park, 22-year-old Nelly Korda and Irish rookie Leona Maguire at 267.

Park and Kim, both from South Korea, are ranked 2-3 in the world and Korda is fourth. Kim beat Park in a Lotte playoff six years ago, while Maguire was in the midst of a brilliant college career at Duke.

Park, who vacationed in Hawaii as a child, now has five Top-Five finishes at Lotte, but no wins. With her 63, she shared low-round honors Saturday with Jenny Shin. 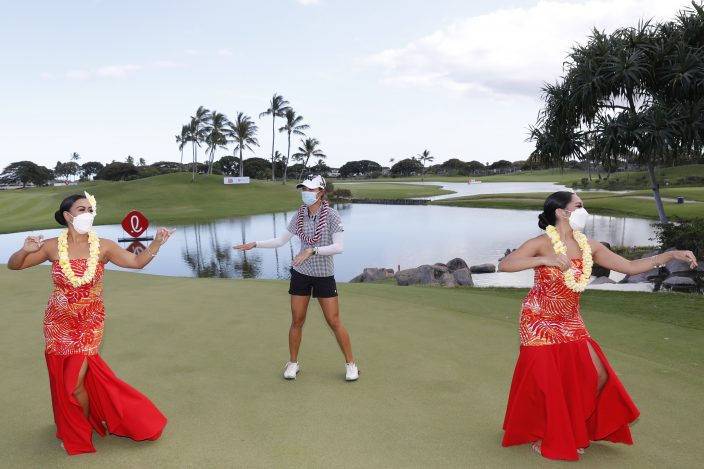 Saso led after two rounds. Ko and Korda surged ahead Friday, with Ko’s 21 under score after 54 holes a shot better than Lotte’s 72-hole tournament record. That was set at Ko Olina Golf Club, which hosted Lotte its first eight years.

It wasn’t a huge surprise. In Ko’s last round two weeks ago she closed the ANA Inspiration, the year’s first major, with a 62. In her last 100 holes she has just one bogey. 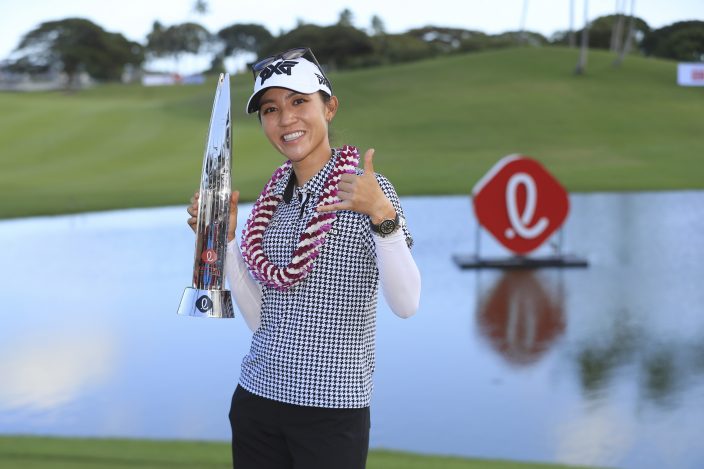 Korda struggled early and when Ko made a long par putt at No. 8 she was three shots ahead. That putt flipped a switch.

She birdied the next four holes and six of her last 10. She was flawless, again. Low rounds were common this week, but no one came close to catching Ko, who tried to “keep it simple” and admitted she was inspired by Hideki Matsuyama and Jordan Spieth’s recent wins.

“I think I was putting a lot of pressure on myself and I know there were expectations,” Ko acknowledged. “I slept great last night. I just said, ‘Hey, my fate is already chosen.’ I’m just going to play the best golf I can today. I hung in there.”

“I think it’s a great on her,” Park said. “She definitely had her really good times and she really definitely struggled in the middle there, and to come back strong like this is great to see.”

Canada’s Brooke Henderson, who won the last two Lotte championships, finished in a tie for 27th.