Mason Greenwood’s second-half double and a stoppage-time goal from Edinson Cavani helped Manchester United close the gap on Premier League leader Manchester City to eight points with a 3-1 win over Burnley on Sunday.

It looked set to be a frustrating day for the hosts as Greenwood’s 48th-minute opener was almost instantly canceled out by James Tarkowski for Burnley, which had not lost on its previous four visits to Old Trafford.

But Greenwood’s deflected strike in the 84th minute put his team ahead again before substitute Cavani added gloss to the score as United kept its remote hopes of closing in on its crosstown rivals alive with six games to go. 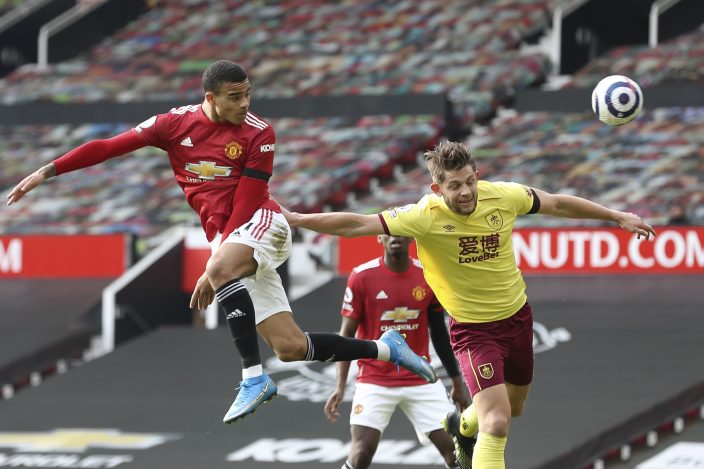 Burnley is six points above the relegation zone after Fulham’s draw at Arsenal earlier on Sunday.