Tim Anderson homered on the game’s first pitch, Dallas Keuchel pitched five solid innings and the Chicago White Sox beat the Boston Red Sox 3-2 on Sunday in the opener of a split-admission doubleheader.

Yasmani Grandal had an RBI double and Yoán Moncada drove in a run with a single for the White Sox, who had lost three straight.

It was just the second loss in the last 12 for the Red Sox, who wore their yellow-and-blue City Series uniforms for the second straight game. 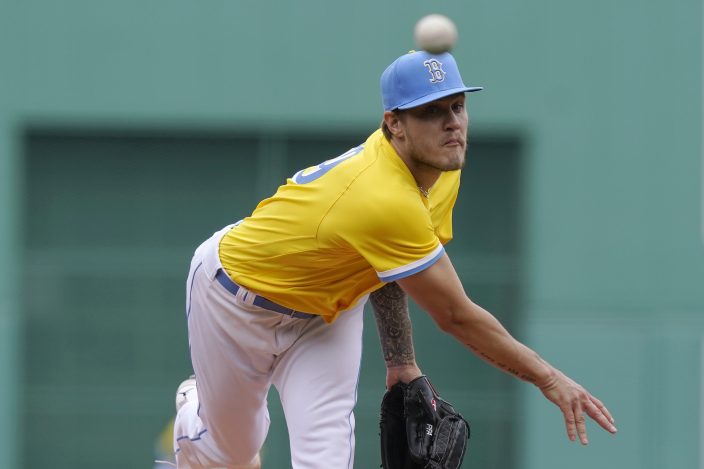 Kiké Hernández homered around the right-field foul pole for Boston, which entered the day with a majors’ most seven come-from-behind victories.

The doubleheader was scheduled after Friday’s game was postponed due to snow and rain. The second game is slated to start at 5:05 p.m. 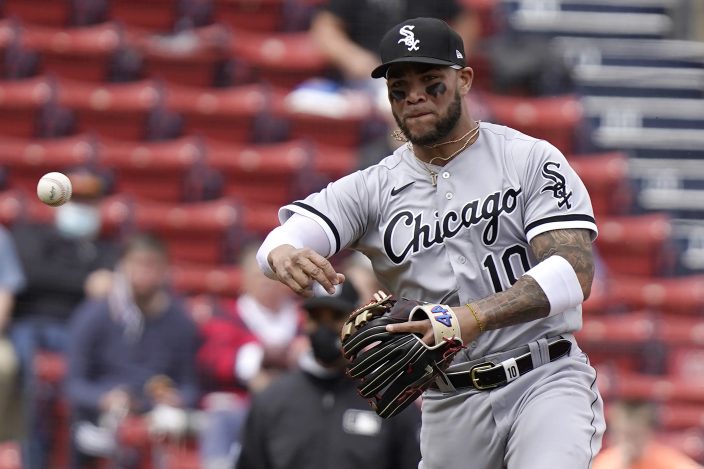 Keuchel (1-0) gave up two runs and six hits, breezing through the first seven batters before Bobby Dalbec doubled high off the Green Monster. Liam Hendriks got the final three outs for his second save, striking out Dalbec with a runner on first for the final out.

Red Sox right fielder Hunter Renfroe made a nice over-the-shoulder running grab on the track and had an RBI single.

Boston's uniforms — void of any red — honor the Boston Marathon with the colors that stretch across the finish line of the famous race. They featured bright yellow tops with powder-blue lettering across the front, numbers on the back and caps, with white pants. They even had matching blue batting helmets.

For the first time since the Red Sox started playing their annual Patriots’ Day game in 1959, Monday morning’s contest will not be in held in conjunction with the Marathon, which was moved to Oct. 11 due to the state’s limits on crowds because of the pandemic.

THROW OUT THE NUMBERS

“We dig into analytics and sabermetrics and all that, we found out that Martín is actually not a morning person, so we decided to go with Tanner,” Cora said, smiling. “I can tell. We had a lot of day games. You didn’t see him walking around the clubhouse a lot.”

Red Sox: Regular catcher Christian Vázquez had his second straight game off. ... Houck was hit on the lower body by Anderson’s grounder for a single in the fifth. He seemed OK but was pulled for a lefty-lefty matchup.

Pérez (0-0, 4.50 ERA) gets the ball in the nightcap. White Sox manager Tony La Russa said in the morning that he’d wait until after the first to name his starter.