A look at what’s happening around the majors on Monday:

The White Sox and Red Sox begin at 11:05 a.m. at Fenway Park in the annual Patriots’ Day game. Could mean early-morning batting practice for J.D Martinez and José Abreu. 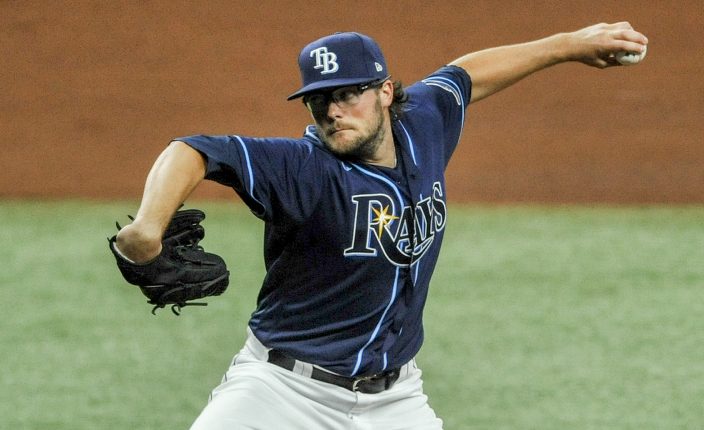 The event usually coincides with the Boston Marathon -- in past years, fans in the Green Monster seats would turn around to catch a glimpse of the leaders while others headed over after the final out to cheer on the runners at the finish line in nearby Kenmore Square. This year, the famous race has been moved to Oct. 11 due to the pandemic. 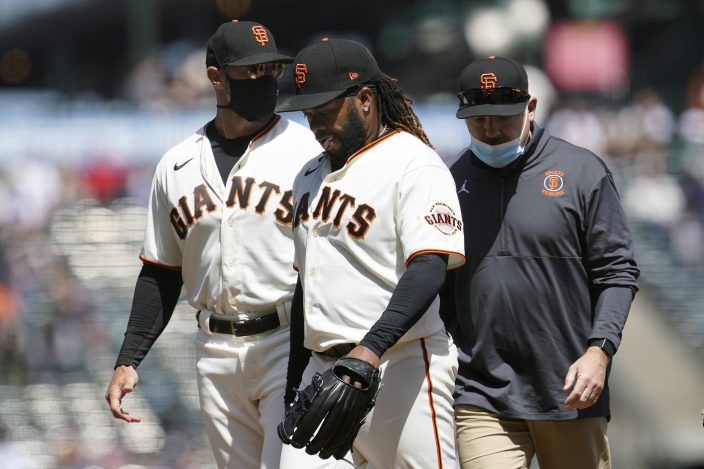 San Francisco Giants starting pitcher Johnny Cueto, middle, walks toward the dugout next to manager Gabe Kapler, left, as he leaves the game during the sixth inning of a baseball game against the Cincinnati Reds in San Francisco, Wednesday, April 14, 2021. (AP PhotoJeff Chiu)

The Twins will continue coronavirus testing and contact tracing with the hope of getting back on the field Tuesday for a doubleheader at Oakland.

Minnesota had games against the Angels in Anaheim on Saturday and Sunday postponed. The Twins-Athletics game Monday also was called off.

The Twins have had at least four positive coronavirus tests in the past week.

There have been six MLB games postponed this year because of the virus, including a season-opening, three-game series between the Nationals and Mets after Washington’s coronavirus concerns.

Rays left-hander Josh Fleming is set to pitch the series opener at Kansas City in front of his own personal rooting section.

The 24-year-old Fleming is from Bridgeton, Missouri, on the other side of the state in the St. Louis area. He’s expecting about 12 family members and 25 friends for the game. Many of them have not seen him pitch since 2018 at Bowling Green.

“Any time I hear screaming, here I’ll know it’s going to be from there,” he said.

Fleming’s parents will be on hand. They were forced by the pandemic to watch his debut on television at a hotel across from Tropicana Field but did attend World Series games.

San Francisco manager Gabe Kapler returns to Citizens Bank Park for the first time since being fired as Philadelphia’s skipper.

“I’m looking forward to seeing people. It’s not going to be the easiest thing with the COVID protocols. But I plan on getting a little bit of time with some people I grew close to during my time in Philly.”

What kind of reception does he expect from fans?

“Making that prediction, I just don’t know where to begin,” he said. “I did the best job I could every day. It didn’t work out. We didn’t win enough. That ultimately is the bottom line.”