David Krejci, Patrice Bergeron and Brad Marchand each scored two goals and the Boston Bruins held off the Washington Capitals 6-3 in an at times heated matchup between the East rivals on Sunday.

Marchand also had two assists for the Bruins, who won their fourth straight.

Tuukka Rask stopped 30 of 33 shots in earning his 10th win this season and just his second victory since February. 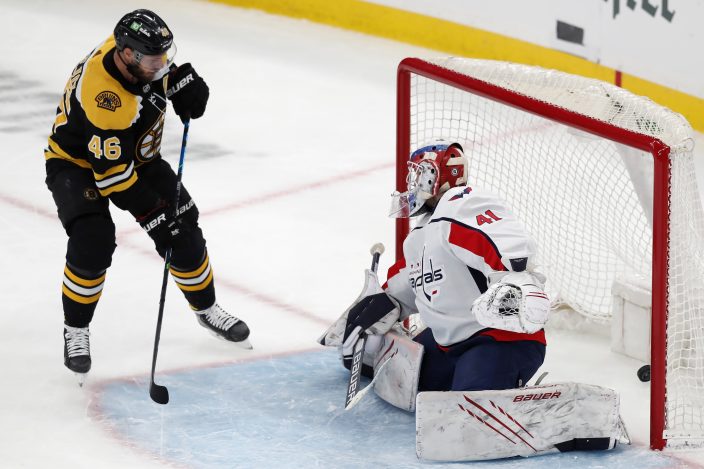 Washington has lost two of its past three. T.J. Oshie had two goals and Anthony Mantha added another for the first-place Capitals. Mantha has scored a goal in five consecutive games, including all four since being acquired in a deal with Detroit at the trade deadline earlier this month. Vitek Vanecek had 22 saves.

Capitals defenseman Zdeno Chara missed his first game of the season after blocking a couple of shots off his right ankle in Saturday's win over Philadelphia.

Boston holds a 4-3 edge in the season series. The teams meet one final time in Washington on May 11 in the regular-season finale for both teams. 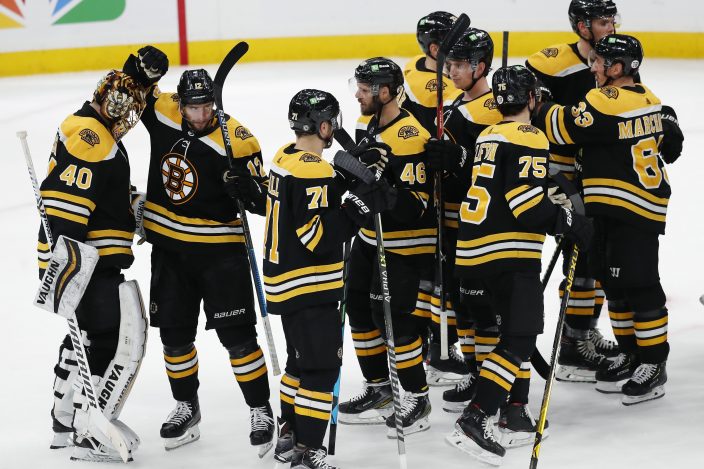 Krejci put the Bruins in front 4-3 at 16:02 of the second period, taking a pass from Craig Smith, stopping as Dmitry Orlov fell and slid by, and firing the shot into the top left corner of the net.

The lead grew less than two minutes later when Bergeron added his 18th goal of the season, on assists from David Pastrnak and Marchand to fire in a shot off a 3-on-2 break.

The Bruins broke through with a short-handed goal to take a 1-0 lead. 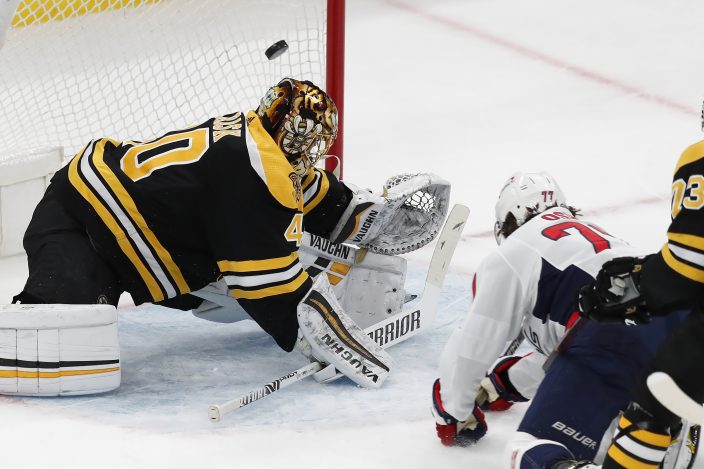 With Connor Clifton in the penalty box for a high stick double-minor against Lars Eller, Marchand checked John Carlson into the boards, leaving the puck sliding free.

Bergeron slid in, controlled, and crossed in front of Vanecek for a backhand goal at 12:02. It was the Bruins’ eighth short-handed goal of the season.

Less than two minutes later, the Bruins struck again. This time Clifton found a cutting Krejci with a crisp pass between the legs of Trevor van Riemsdyk for an easy put away to make it 2-0. 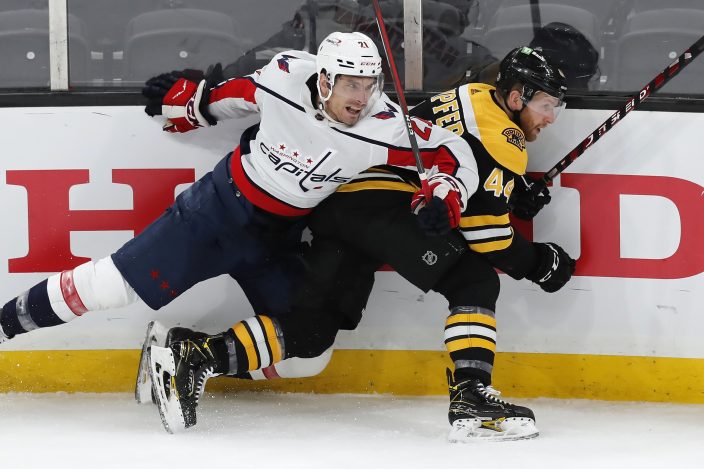 In the closing seconds of the period a gamble for a loose puck by Mike Reilly turned into a breakaway for Washington. Nicklas Backstrom skated past Charlie McAvoy and got off a shot, which was saved but not completely corralled by Rask.

Oshie tapped in the rebound with 10 seconds left in the period.

With Clifton back in the penalty box early in the second for another high sticking double-minor, the Capitals tied it up when Oshie took a feed from Evgeny Kuznetsov and tied it at 2-2 with his 16th of the season. 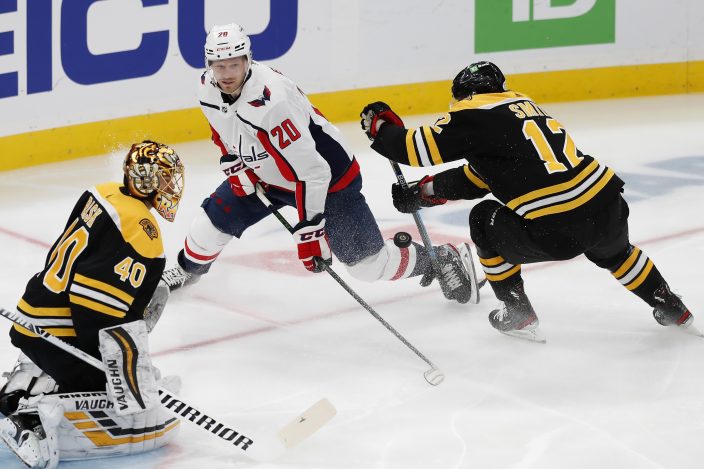 Washington remained on the power play and took a 3-2 lead on Mantha’s wrist shot from the top of the circle on assists from Orlov and Eller.

But that lead lasted about two minutes when Marchand slid in hard and scored on a pass from Bergeron to tie it again. 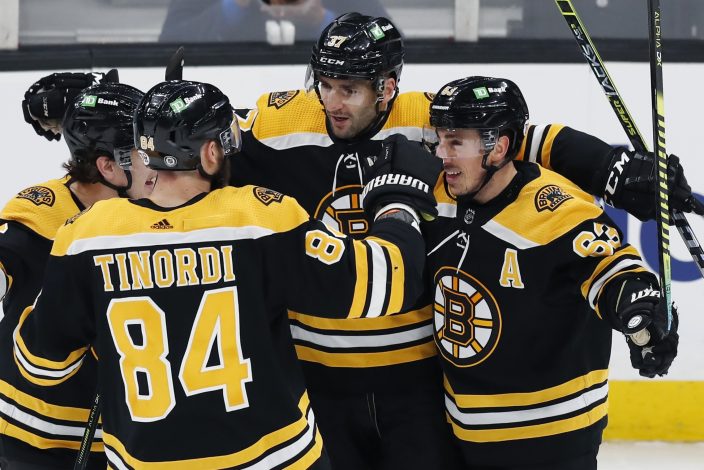 Boston Bruins' Patrice Bergeron (37) celebrates his goal with teammates during the first period of an NHL hockey game against the Washington Capitals, Sunday, April 18, 2021, in Boston. (AP PhotoMichael Dwyer)

Tempers flared in the third period when Washington's Tom Wilson’s hit Sean Kuraly. Jarred Tinordi retaliated and was called for a roughing minor. Wilson needed assistance to the locker room.

The rough play continued minutes later when Washington’s Garnet Hathaway pushed Tinordi into the boards from behind, leaving Tinordi bleeding before he also exited. After a review, Hathaway was given a boarding major and game misconduct, ending his day.

Bruins respond to head shot with 5-1 victory over Capitals