Julius Randle had 33 points and 10 assists, Derrick Rose made huge plays all over the court to spark New York's streak-saving finish and the Knicks beat the New Orleans Pelicans 122-112 in overtime on Sunday for their sixth consecutive victory.

Rose scored 23 points. He had the assist on Reggie Bullock's 3-pointer with 2.3 seconds left in regulation, blocked a last shot by the Pelicans that would've won it and then opened overtime with a steal and layup to give New York the lead for good.

The Knicks controlled the extra period from there to extend their longest winning streak since an eight-game run in 2013-14. New York (31-27) entered play sixth in the Eastern Conference, in good shape for its first playoff berth since winning the Atlantic Division in 2013. 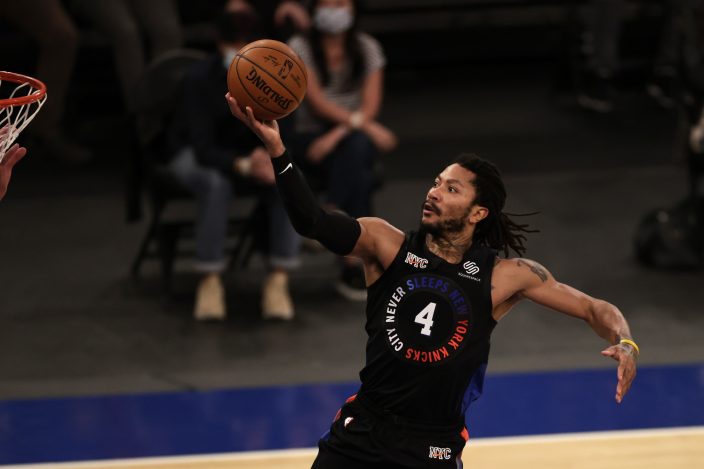 New York Knicks guard Derrick Rose drives to the basket during the second half of an NBA basketball game against the New Orleans Pelicans on Sunday, April 18, 2021, in New York. (AP PhotoAdam Hunger, Pool)

Zion Williamson had 34 points and nine rebounds in his first career game at Madison Square Garden, but the Knicks beat the Pelicans for the second time this week.

Eric Bledsoe scored 20 of his 22 points after halftime for the Pelicans, who came back from a 13-point halftime deficit and seemingly had the game under control late in the fourth quarter.

The Pelicans scored seven straight after the game was tied at 92 with under 5 minutes left in regulation, and they led by six after a basket by Bledsoe with 1:48 to play. 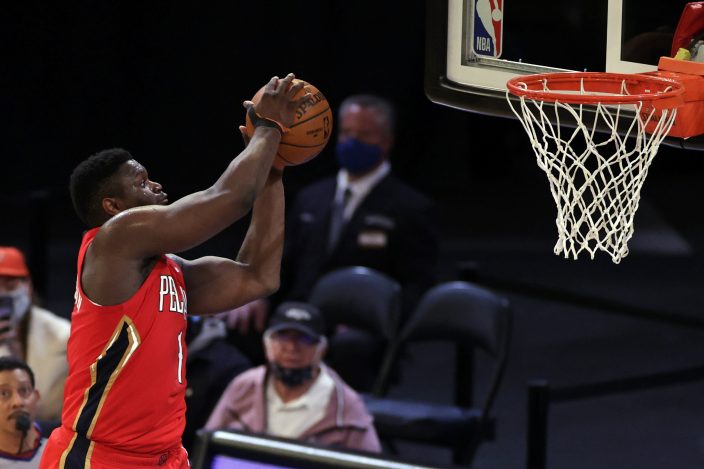 But Rose made a 3-pointer to start the rally and then set up the tying one to finish it. He drove into the lane and even though the Knicks needed a 3, Lonzo Ball slightly cheated into the middle and left Bullock alone in the corner. Rose then blocked Bledsoe's jumper to end regulation.

Williamson didn't make his first basket until 3.9 seconds remained in the first quarter for a 25-21 lead. He then got going quickly in the second, catching an alley-oop pass that Ball threw from just inside midcourt for a dunk that made it 31-26.

That was the Pelicans' last highlight for a while. New York answered that basket with a 17-2 surge to make it 43-33, pushed the lead to 15 later in the period and got 16 points from Randle in the quarter to take a 57-44 advantage at halftime. 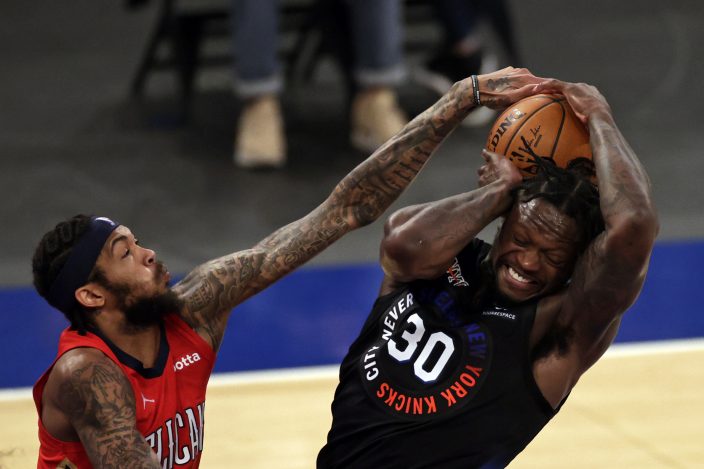 New Orleans bounced back nicely in the third, getting 13 points from Bledsoe and outscoring New York 35-22 to forge a 79-all tie going to the final quarter after Williamson slammed down another lob on the fast break with 28 seconds to go.

Pelicans: New Orleans was 6 for 27 on 3s (22%) after averaging six per game on about 25% shooting in their previous five. ... Jaxson Hayes played despite back spasms and finished with six points. 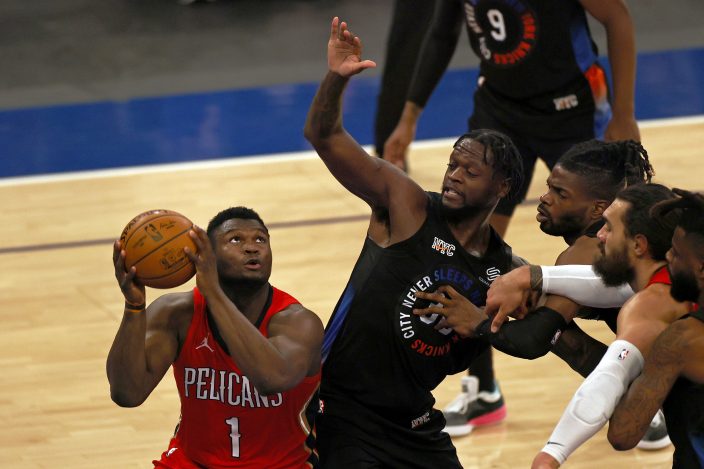 Knicks: C Nerlens Noel remained on the court holding his right hand for a couple minutes before being taken to the back after defending a drive in the first quarter. The Knicks said he had a bruise and Noel returned in the second.

Randle had his fourth consecutive 30-point game, the first Knicks player to do that since Carmelo Anthony in February 2014. Included in that run was a 32-point performance in the 116-106 victory in New Orleans on Wednesday, followed by 44 to tie his season high on Friday in Dallas. 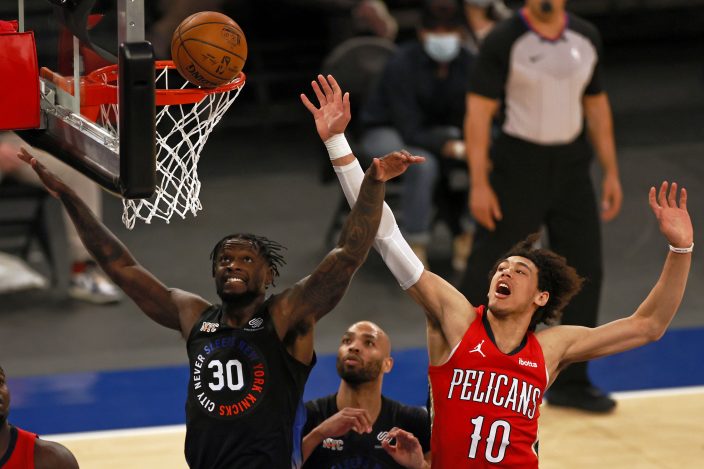 Shane Bieber pitched out of some e ...