Sam Reinhart scored twice, and the Buffalo Sabres played spoiler in the East Division playoff race with a 4-2 win over the Pittsburgh Penguins on Sunday.

Rookie Arttu Ruotsalainen and Rasmus Asplund, with an empty-netter, also scored for Buffalo. The Sabres bounced back a day after becoming the NHL’s first team eliminated from playoff contention following a 3-2 loss to Pittsburgh.

The Penguins had a 4-0-1 run snapped and squandered an opportunity to move within a point of the East-leading Washington Capitals, who lost at Boston earlier in the day. 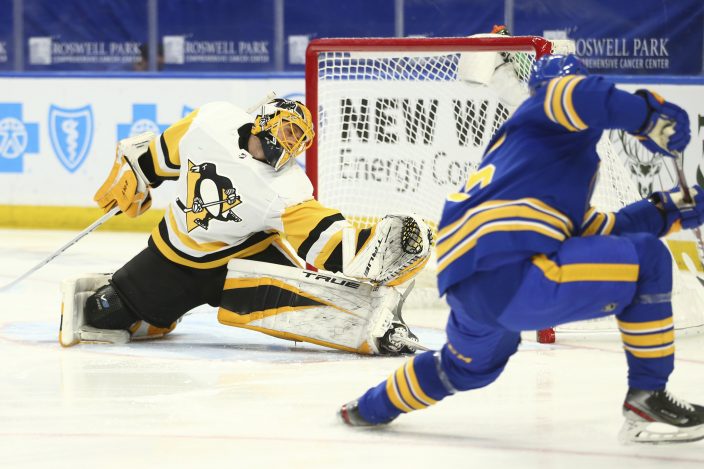 Dustin Tokarski stopped 34 shots and had his shutout bid end on Jason Zucker’s goal scored off a faceoff with 9:42 remaining, and cut Buffalo’s lead to 3-1. Teddy Blueger also scored in the final minute.

Tokarski has won two of his past three starts since Linus Ullmark was sidelined with a lower-body injury. Tokarski's 27-save outing in a 5-2 win at Washington on Thursday, was his first since December 2015.

Pittsburgh goalie Casey DeSmith made 25 saves and had his three-game shutout streak against Buffalo ended 26 seconds in, when Ruotsalainen one-timed in Dylan Cozens’ pass on a 2-on-1 break. DeSmith, who shut out Buffalo twice this season, had stopped 86 consecutive Sabres shots since allowing Jack Eichel to score 45 seconds into overtime in Pittsburgh’s 5-4 loss on Nov. 19, 2018. 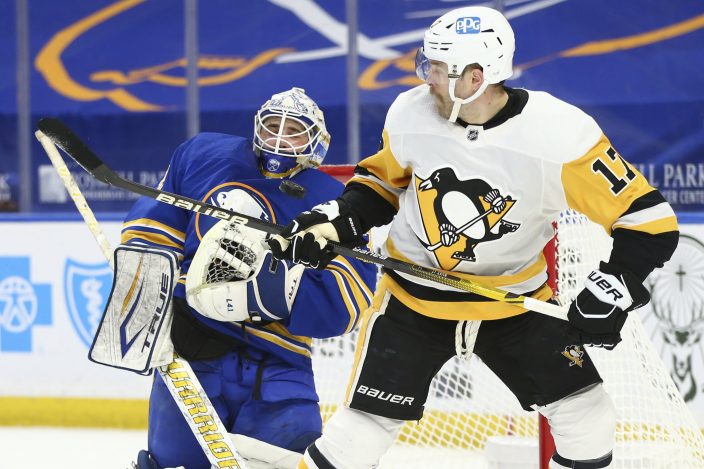 Overall, Pittsburgh lost to Buffalo for just the eighth time — and fifth in regulation — since the start of the 2012-13 season. 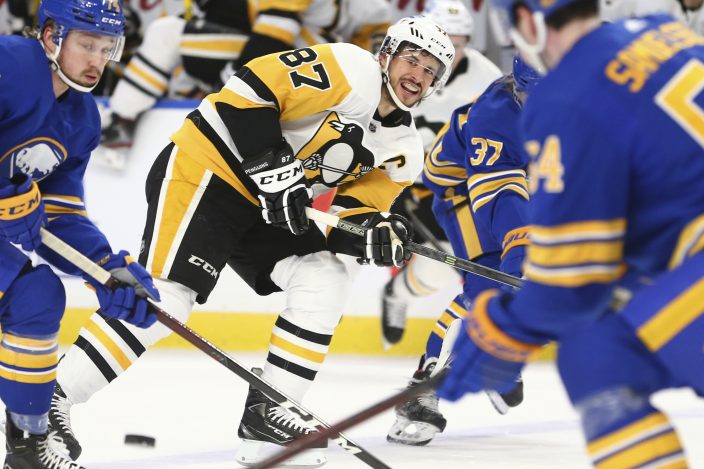 The Sabres continued showing they're no pushovers by improving to 6-8-3 in the month since interim coach Don Granato took over after Ralph Krueger was fired. Buffalo is also 6-3-2 in its past 11 since snapping an 18-game winless skid that matched the NHL’s 14th-longest streak.

The Sabres scored on each of their first shots of the first two periods.

Buffalo’s Victor Olofsson stripped Evan Rodrigues of the puck inside the Penguins blue line, and passed to Reinhart, who was bursting up the right wing. Reinhart cut into the circle and beat DeSmith high on the far side. 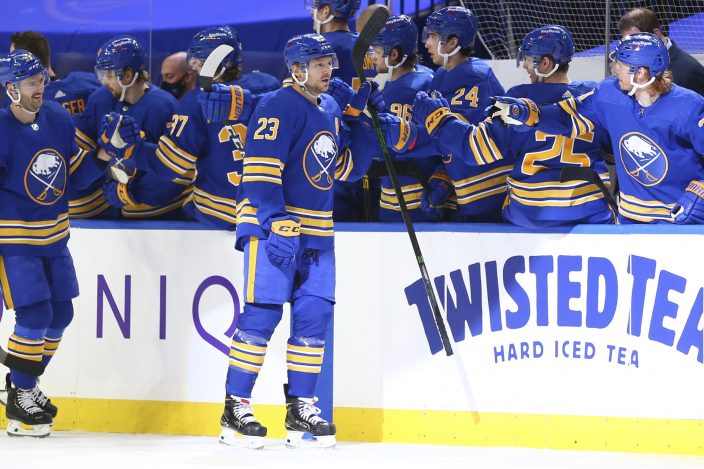 Olofsson also set up Reinhart's second goal, which put Buffalo up 3-0 eight minutes into the third period. Gaining the Penguins blue line, Olofsson passed to Reinhart, who was alone breaking up the right side, where he snapped a shot over DeSmith's glove.

Penguins: D Mark Friedman did not play but was activated off injured reserve after missing 22 games with an upper-body injury. 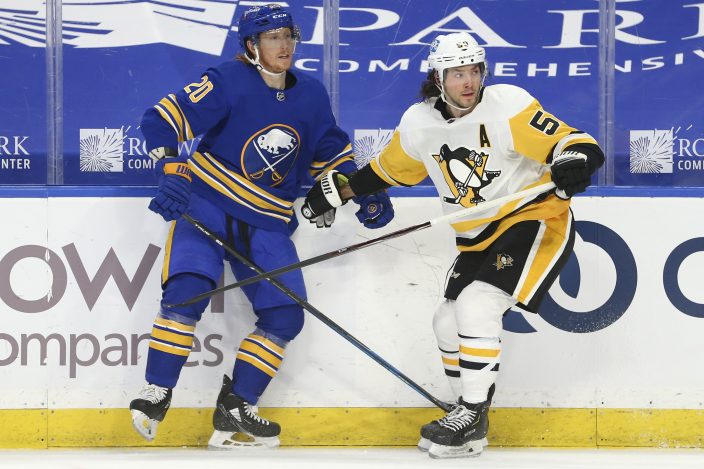 Sabres: C Riley Sheahan returned after missing two games with an upper-body injury. ... F Drake Caggiula has cleared the NHL’s COVID-19 protocol since being claimed by Buffalo on waivers, and prepared to make his Sabres debut on Tuesday. 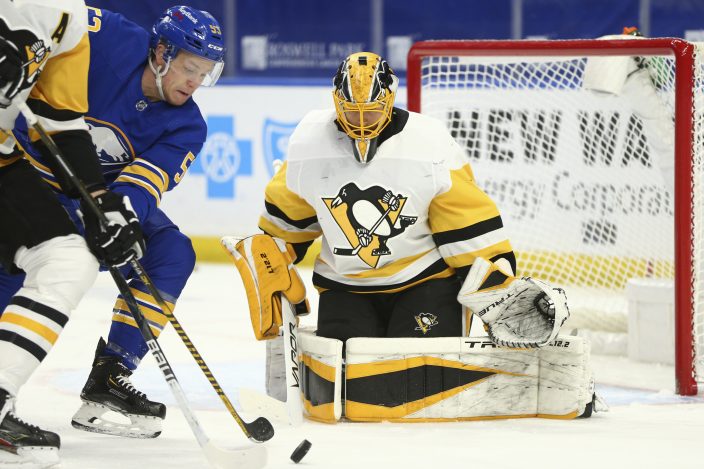 “Yeah it’s pretty cool it’s the first game,” Samuelsson said, noting his mother is from Pittsburgh and his father a member of the 1992 Stanley Cup-winning Penguins.

As for the advice his father provided? “He just told me to enjoy it. You only do it once.”