Marcus Stroman pitched eight innings of one-run ball and made a dazzling defensive play, catcher James McCann threw out Trevor Story attempting to steal second for the final out and the New York Mets beat the Colorado Rockies 2-1 on Sunday.

J.D. Davis delivered an RBI single and Jeff McNeil had an RBI groundout for the Mets, who have won five of their last six, including two of three at Coors Field this weekend.

Charlie Blackmon had an RBI single for the Rockies, who have lost eight of nine. 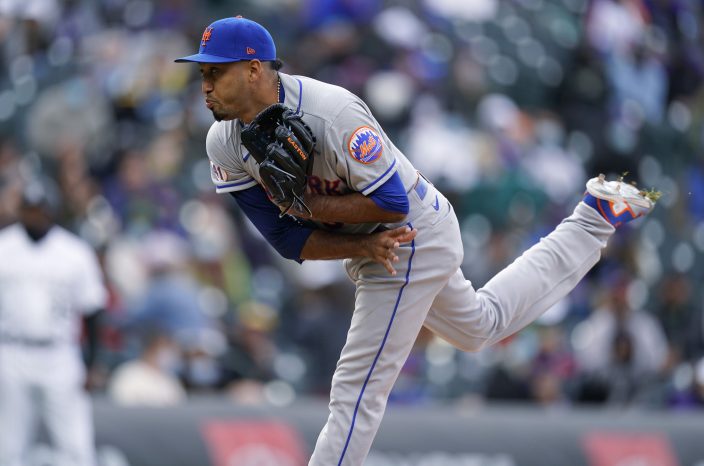 Stroman (3-0) allowed three hits and struck out five. He also helped himself with a spectacular backhand play to start the eighth.

The nimble right-hander shuffled quickly off the mound to his right and reached behind his back with his glove to snag Josh Fuentes' grounder. He threw off-balanced to first, and the ball rolled the final few feet into Pete Alonso's glove just before Fuentes got to the base.

Edwin Díaz earned his second save with a scoreless ninth, getting the last out as Story was tagged out by shortstop Francisco Lindor on the throw to second from McCann. 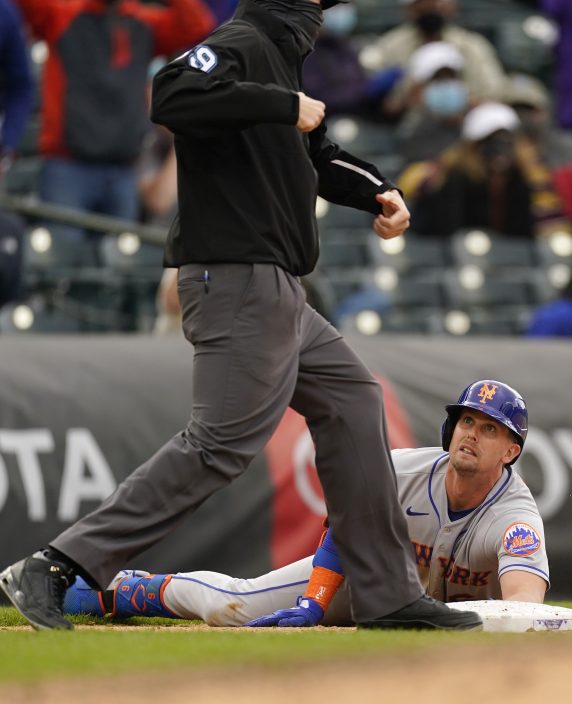 New York Mets' Jeff McNeil, right, reacts as he is called out by third base umpire Nic Lentz after McNeil tried to stretch a double into a triple in the ninth inning of a baseball game against the Colorado Rockies, Sunday, April 18, 2021, in Denver. (AP PhotoDavid Zalubowski)

Raimel Tapia singled off Stroman to start the bottom of the first, but the Mets pitcher induced a double-play grounder from the next batter, Ryan McMahon, and a popup from Story. He set the side down in order in four of the next five innings before Story doubled with one out in the seventh.

Blackmon followed with an RBI single, ending a streak of 14 2/3 innings in which Stroman had not allowed a run. Stroman limited the damage by closing out the seventh with strikeouts of C.J. Cron and Garrett Hampson.

Antonio Senzatela (1-3), who beat the Mets in his two previous starts against them, had another strong outing. He went six innings and gave up two runs on five hits. He struck out four and walked none.

McNeil was narrowly thrown out in the top of the ninth inning trying to stretch a double into a triple. He drove a ball off Daniel Bard into the right field corner, where Blackmon scooped it up and relayed to second baseman McMahon before getting the ball to third, where Fuentes applied the tag. The call was confirmed by replay review. 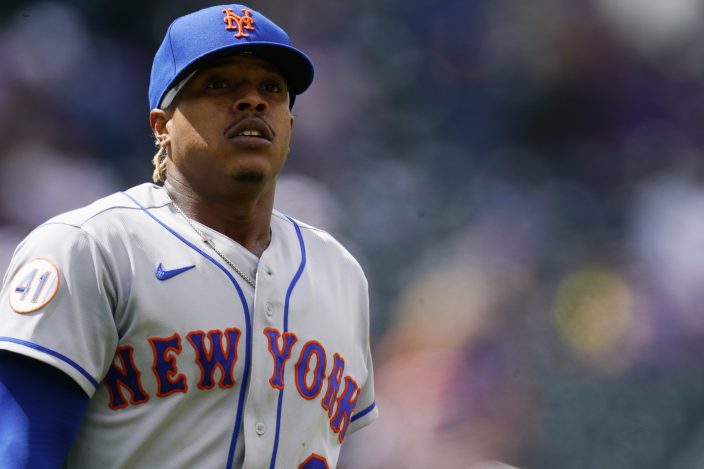 Rockies: INF Chris Owings has been transferred to the 60-day injured list from the 10-day IL. Owings hasn’t played since injuring his left thumb on a swing in which he tripled as a pinch-hitter against the San Francisco Giants on April 9. In another move, the Rockies claimed RHP Ashton Goudeau off waivers from the Los Angeles Dodgers. Goudeau was then optioned to the Rockies’ alternate training site.

Mets: After a day off Monday, RHP Taijuan Walker (0-0, 2.61 ERA) is set to pitch Tuesday’s series opener at the Chicago Cubs. 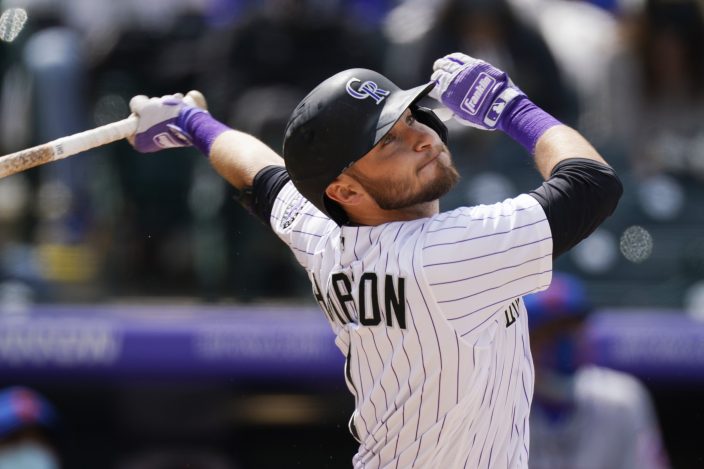 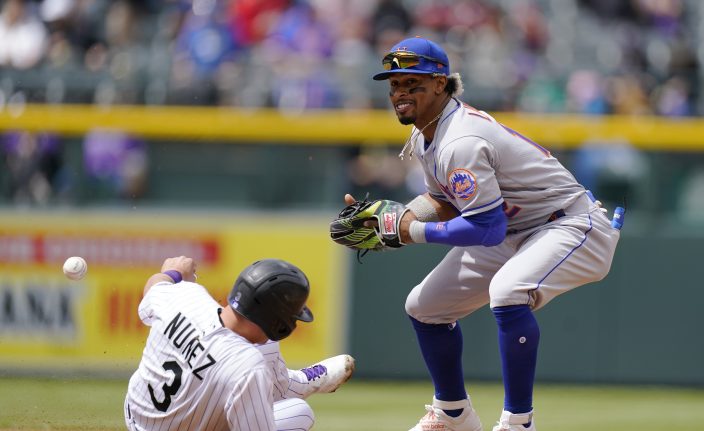 New York Mets shortstop Francisco Lindor, right, loses the ball after forcing out Colorado Rockies' Dom Nunez at second base as he tried to advance from first base on a sacrifice bunt by Antonio Senzatela in the third inning of a baseball game Sunday, April 18, 2021, in Denver. (AP PhotoDavid Zalubowski)