Birthday boy Mika Zibanejad scored a power-play goal with three minutes to play and the New York Rangers beat the New Jersey Devils 5-3 Sunday to sweep a four-game series over the past six days.

Chris Kreider, Vitali Kravtsov, Alexis Lafreniere and Ryan Strome also scored as the Rangers extended their season-high point streak to six games (5-0-1). Alexandar Georgiev, who had to leave the ice late in the first period with a lower-body injury only to return, finished with 25 saves as New York improved to 13-4-3 in its past 20 games.

The win kept New York four points behind Boston in the East with 11 games left in the regular season. The Bruins, who have played two fewer games, beat Washington 6-3 earlier Sunday. 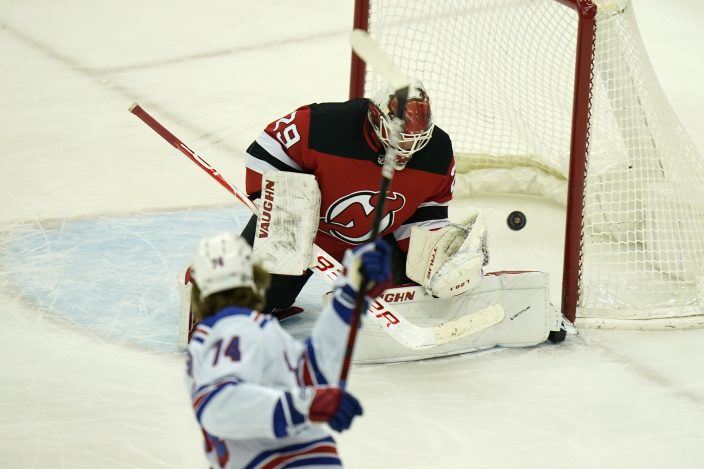 Mikhail Maltsev, Marian Studenic and Nico Hischier scored for the Devils, who rallied from a 3-0 deficit to tie the game. Mackenzie Blackwood had 21 saves as the Devils lost their sixth straight and fell to 1-8-2 in their past 11.

Zibanejad, who turned 28 and now has points in six straight games, got the winner on the Rangers sixth power play after being set up between the circles by Strome.

Strome was awarded a goal late after being hooked on a breakaway with the Devils net empty. 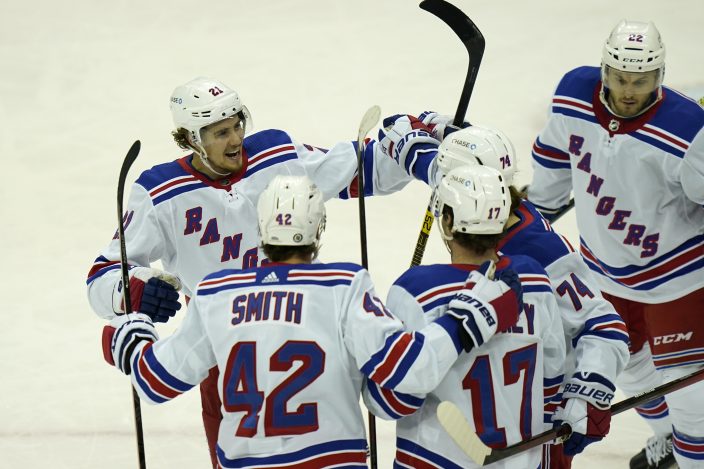 The game was similar to Saturday's matchup at Madison Square, where the Rangers built a 4-0 lead, saw the Devils get within a goal and then score two empty-net goals to put the game away.

The Rangers opened a 3-0 lead in the second period, getting a power-play goal by Kreider, Kravtsov's first NHL goal and another by Lafreniere.

The young Devils got a goal by Maltsev late in the second and tallies by Studenic — his first in the NHL — and Hischier in the opening 5:30 of the third to tie the game. 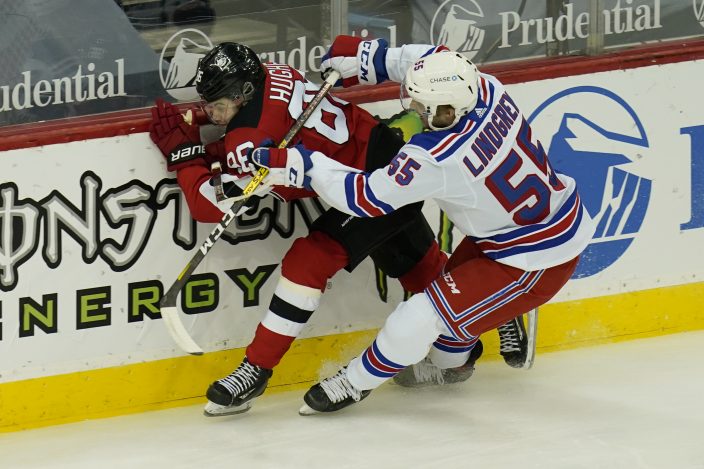 Igor Shesterkin made two saves late in the first period before Georgiev returned for the final 40 minutes.

Devils center Jack Hughes, the top pick in the 2019 draft, was so annoyed with a second-period penalty call for tripping, he slammed his stick against the glass. He got a 10-minute misconduct for that one. 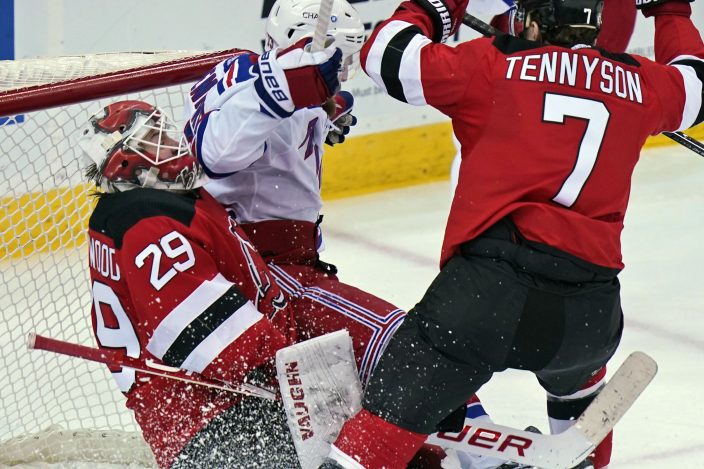 Coming into the game, Hughes had been called for one minor penalty in 43 games this season. He had 10 minutes in 61 games last year. He surpassed the total in one fit of anger.

The Devils' goals came with Hughes in the penalty box. 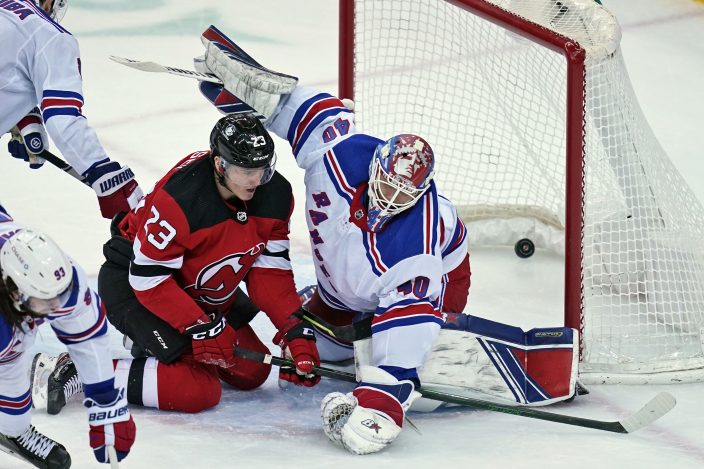 Forward Nolan Foote became the sixth Devil to make his NHL debut this season. He joins Maltsev, Studenic, Ty Smith, Yegor Sharangovich, Tyce Thompson in the group. He got an assist on the Hischier goal

Foote's father, Adam, won Stanley Cups in 1996 and 2001 with Colorado in a 19-year career. His brother, Cal, is a defenseman for the Tampa Bay Lightning.

NOTES: Rangers D Anthony Bitetto played for the first time since Feb. 24, a span of 27 games. D Libor Hajek got the day off. ... Kreider's goal was his 10th on the power play, among the best in the league. His 19 goals overall are tied with Pavel Buchnevich for the team lead. ... Devils F Andreas Johnsson snapped a 13-game point drought with an assist on Studenic's goal. 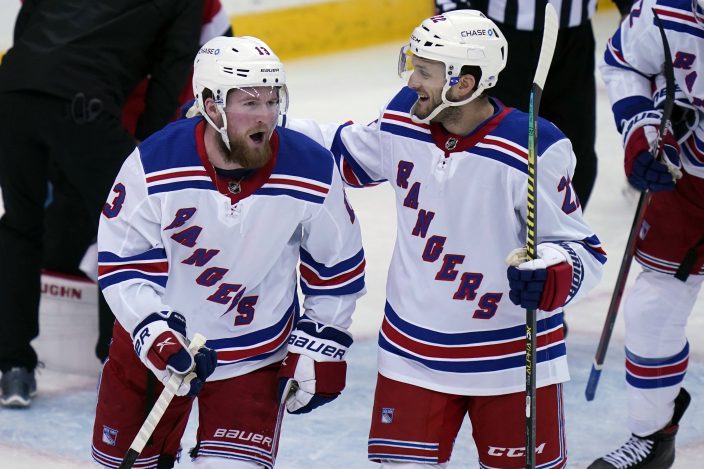 Rangers: head to Long Island to face the Islanders on Tuesday.

Devils: Travel to Pittsburgh for the first of three straight against the Penguins.

Robert Saleh wrapped up his first ...