Alex Bowman passed Denny Hamlin on a restart with 10 laps to go and drove away at Richmond Raceway for his third career victory in the NASCAR Cup Series.

Bowman produced a stunning conclusion to a race that Hamlin had dominated along with Martin Truex Jr. and Joey Logano. With all eyes on Hamlin and Logano on the restart, Bowman ducked inside Hamlin, easily gained the spot held it to the finish, becoming the eighth winner in nine Cup races this season.

Bowman's victory in No. 48 Chevrolet for Hendrick Motorsports came on the same day the former driver of the car, seven-time champion Jimmie Johnson, made his debut in the IndyCar Series in Alabama. It was the first victory for the No. 48 since June 4, 2017. 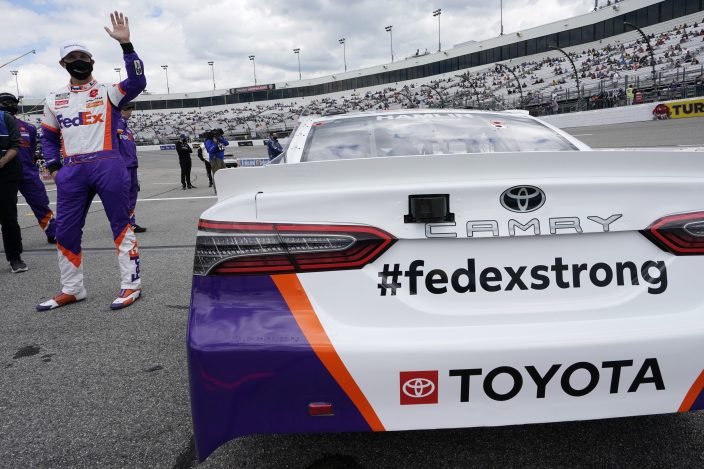 Denny Hamlin waves to the crowd during driver introductions prior to the state of the NASCAR Cup Series auto race at Richmond International Raceway in Richmond, Va., Sunday, April 18, 2021. A #fedexstrong hashtag was added to the car after the shootings at a FedEx facility in Indianapolis. (AP PhotoSteve Helber)

Hamlin, who raced with the hashtag #fedexstrong on the back of his car and on his pit wall to honor the eight people who were fatally shot at a FedEx facility in Indianapolis on Thursday, had a dominant car for the second week in a row but couldn't carry it through to the finish. He did notch his eighth top-five finish in nine starts this season.

“We just didn't take off very good there,” Hamlin said of the last restart.

Last week, he led 276 laps at Martinsville Speedway, but lost the lead to Truex, his Joe Gibbs Racing teammate, with 15 laps to go. 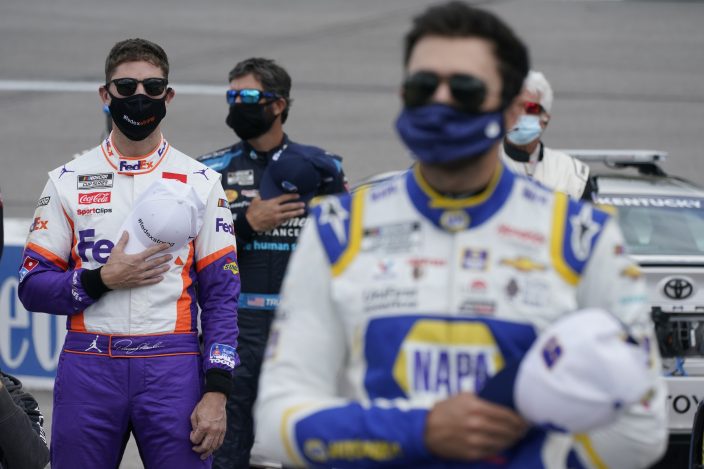 Hamlin did hang on Sunday to finish second, followed by Logano, Christopher Bell and Truex.

Brad Keselowski gambled during Stage 2 by staying on the track when the leaders pitted on lap 184. It gave him a huge lead, but with 50 laps left in the stage, he had no chance to hold off the leaders and wound up going a lap down just before the stage ended. He was in position to get the free pass back onto the lead lap, but even that went away when Tyler Reddick, Kurt Busch and Daniel Suarez all got by him before the stage ended. Keselowski, the winner here last fall, was in 16th place when the final stage went green. 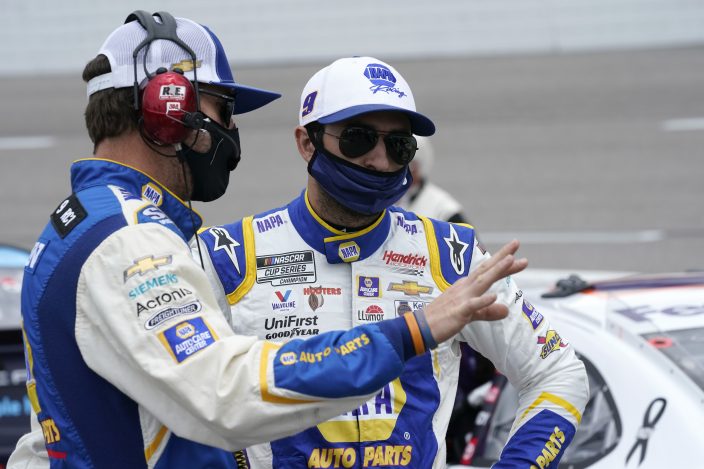 After three straight races on short tracks, the series heads to the largest track in the series, 2.66-mile Talladega Superspeedway in Alabama. 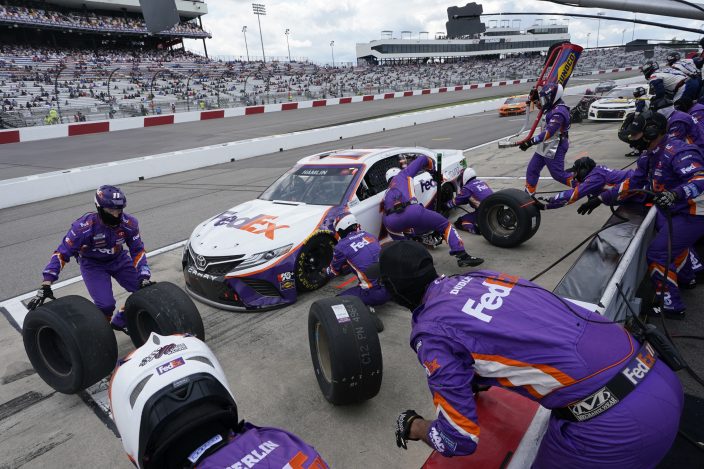