Eric Hosmer delivered the tying and go-ahead RBIs in the seventh and eighth innings, helping the San Diego Padres beat the Los Angeles Dodgers 5-2 Sunday to avoid a sweep in the first series of the year between the NL West rivals.

Hosmer doubled in the tying run in the seventh off Brusdar Graterol, then delivered the decisive blow in the eighth. San Diego scored three unearned runs in the inning stemming from shortstop Corey Seager's throwing error. Hosmer's sharp single made it 3-2, and Tommy Pham followed with a two-run double into the left-field corner. 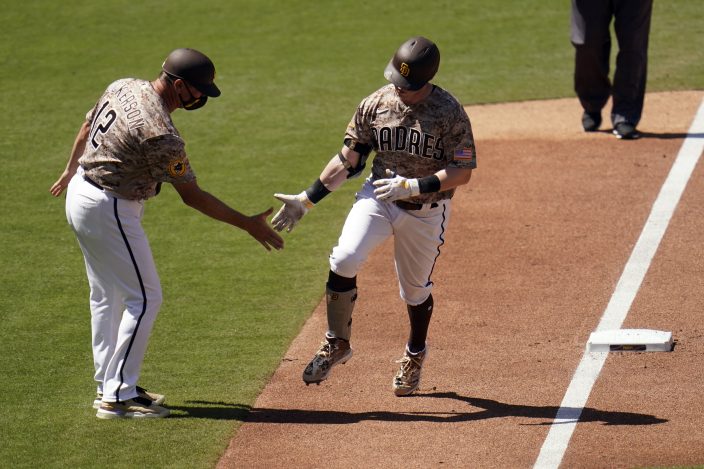 San Diego Padres' Jake Cronenworth, right, is greeted by third base coach Bobby Dickerson after hitting a home run during the fourth inning of a baseball game against the Los Angeles Dodgers, Sunday, April 18, 2021, in San Diego. (AP PhotoGregory Bull)

San Diego had lost seven straight in the rivalry, including a three-game sweep in last year's NL Division Series. The Padres and Dodgers will meet 16 more times this season, starting with a set next weekend in Los Angeles.

In four previous career starts versus the Padres, Bauer was 0-4 with a 5.06 ERA. Bauer, the 2020 NL Cy Young winner with Cincinnati, was effective his entire outing, pounding his chest twice after striking out Fernando Tatis Jr. on a 3-2 fastball to end the sixth and finish his day. Bauer gave up one earned run and three hits while striking out seven.

Snell, the 2018 AL Cy Young winner with Tampa Bay, faced the Dodgers for the first time since he was fatefully taken out of Game 6 of the World Series last year after dominating LA for over five innings. He lasted five innings and was lifted for a pinch-hitter after 95 pitches, giving up two earned runs and two hits while striking out seven on 98 pitches. 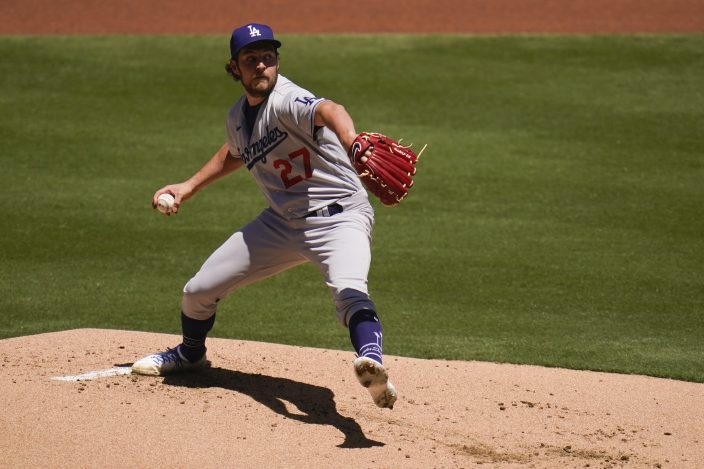 Keone Kela (2-0) earned the win in relief for the Padres and Mark Melancon notched his sixth save. Reliever Scott Alexander (0-1) took the loss for the Dodgers.

Graterol, activated on Sunday from the 10-day injured list, faced the Padres in the seventh and gave up a single, double and walk in five batters in two-thirds of an inning. Hosmer's opposite-field double off the left-field foul line scored Manny Machado.

In the second inning, Will Smith singled and Chris Taylor smashed an estimated 443-foot, two-run homer to left-center on a 95 mph fastball from Snell to give the Dodgers a 2-0 edge.

The Padres trailed only 2-1 after Jake Cronenworth hit a knuckle curve from Bauer for a solo homer in the fourth.

Graterol pitched for the first time since his celebration on the mound in last year’s NL Division Series after teammate Cody Bellinger’s sensational catch robbing Tatis of a home run in Game 2. Graterol's antics angered the Padres and led to a heated confrontation between the teams. 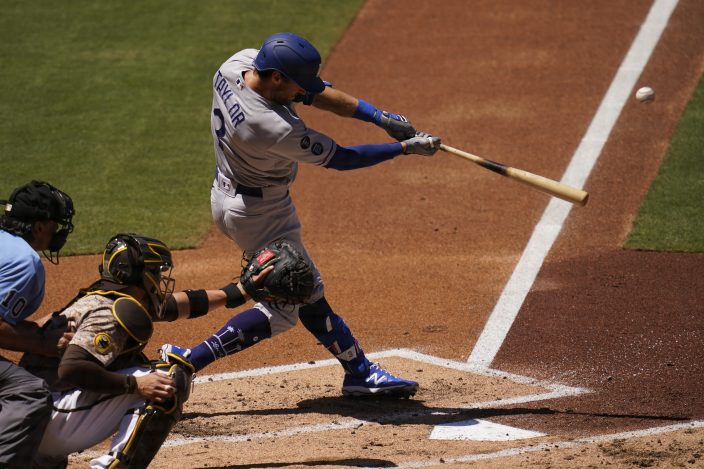 Padres: RF Trent Grisham was scratched from Sunday’s starting lineup due to left quad tightness but was available on the bench. 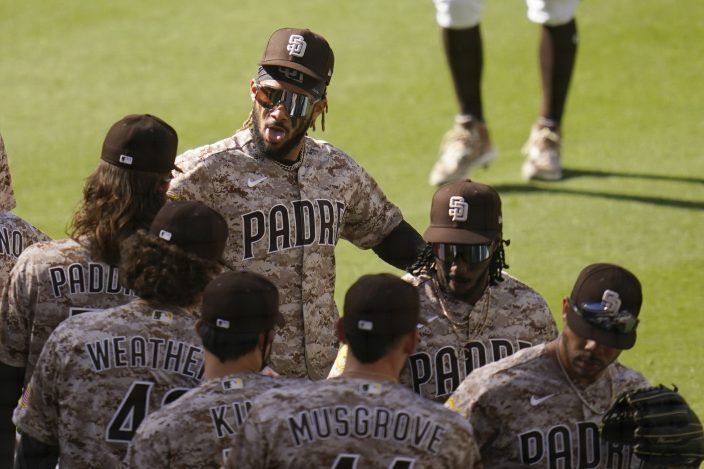 Dodgers: RHP Dustin May (1-0, 1.74) is scheduled to start Monday to begin a two-game series at Seattle.

Padres: RHP Joe Musgrove (2-1, 0.47) is scheduled to open a three-game home series versus Milwaukee on Monday. It will be Musgrove’s first home start since he threw a no-hitter on April 9 at Texas, the first no-hitter in Padres history. 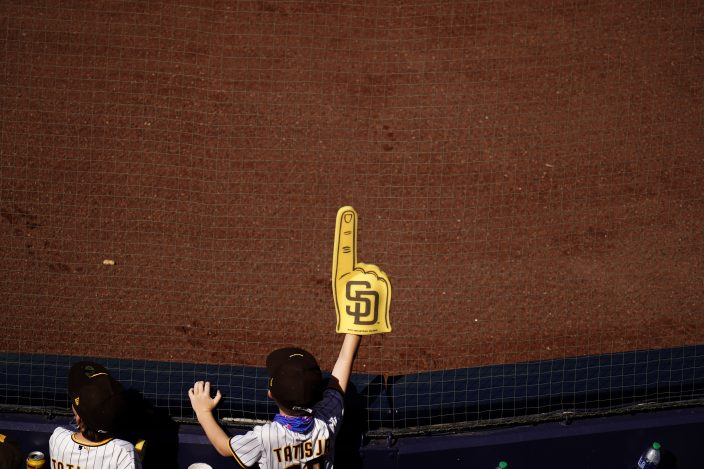