He expressed Iran's readiness to continue negotiations, it said in a statement. 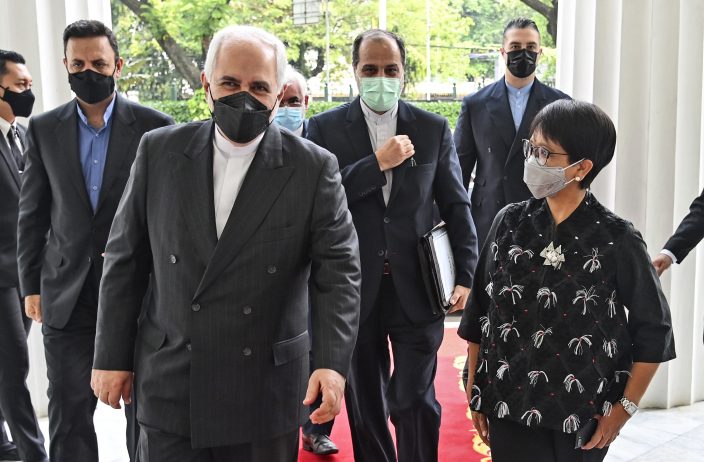 “Supporting the international law as well as exchanging views on the latest developments in the Afghanistan peace process were among other issues discussed in the meeting,” it said. The United States has said it will withdraw its last troops from Afghanistan in September.

Zarif’s visit to Jakarta came three months after Indonesian authorities seized the Iranian-flagged tanker MT Horse and a Panamanian-flagged tanker, the MT Freya. The ships were suspected of a variety of violations, including illegally transferring fuel at sea, spilling oil, not displaying national flags, covering the names on their hulls, shutting off their identification systems and anchoring illegally.

The two foreign ministries did not indicate whether the ministers discussed the seizure of the tankers..