Kiké Hernández led off with a replay-aided home run and Bobby Dalbec worked a 14-pitch walk in a six-run first inning, helping the Red Sox beat the Chicago White Sox 11-4 on Monday in the first Patriots’ Day game played apart from the Boston Marathon.

The Marathon was moved to Oct. 11 because of Massachusetts limits on crowds during the novel coronavirus pandemic. The Patriots Day game, with a start shortly after 11 a.m., has been played by the Red Sox since 1959. It drew a limited crowd of 4,738.

Lucas Giolito (1-1) was removed with two on and no outs in the second. He allowed eight runs — seven earned — and eight hits as his ERA more than doubled from 2.55 to 5.79. 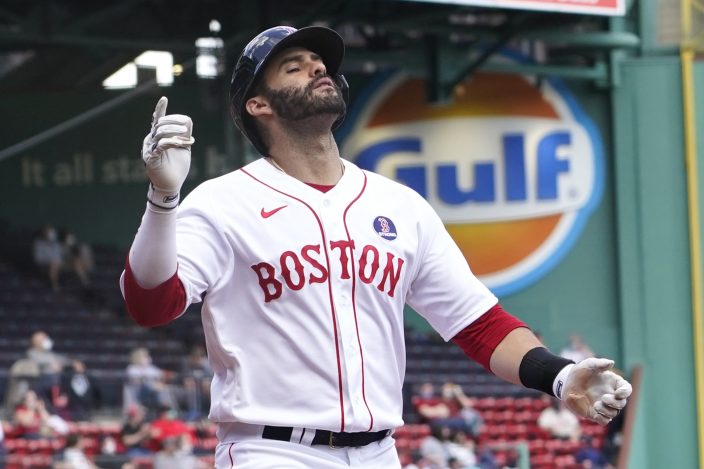 Nathan Eovaldi (3-1) matched his career-high with 10 strikeouts in 6 1/3 innings, allowing four runs and nine hits with no walks.

J.D. Martinez had two RBIs with a solo homer and single, and Alex Verdugo hit a solo homer for Boston, which split the four-game series. The Red Sox had lost three of four games following a nine-game winning streak.

Adam Eaton drove in three runs and had two doubles for Chicago (8-9), which has not moved above .500 this season. 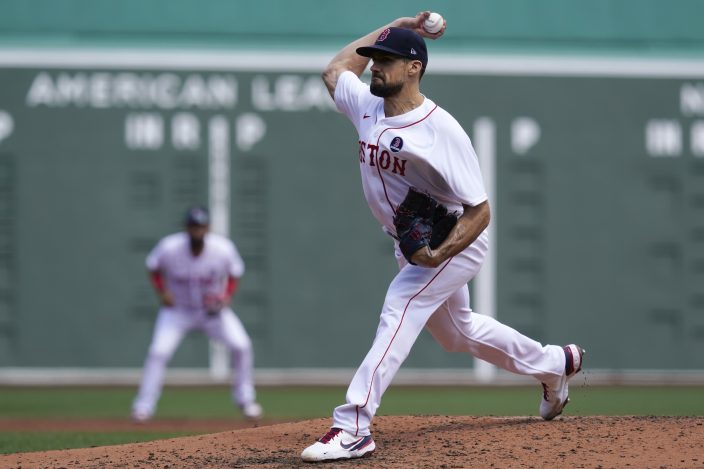 The Red Sox wore white uniforms with red letters that read “Boston” across the front, which they’ve worn on Patriots’ Day since the first game back after the Marathon bombings in 2013.

Hernández hit a drive off the ledge just above the Green Monster. Following a 55-second video review, he took off on his home run trot after waiting at first base. 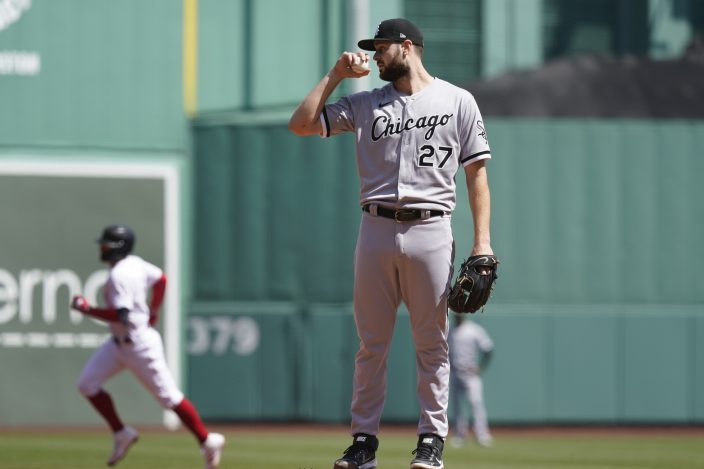 Rafael Devers, Marwin González and Franchy Cordero each had an RBI single.

Dalbec fouled off eight pitches after he had two strikes before drawing the walk.

Bars and restaurants — nearly always packed with lines outside most, if not all, by 9 a.m. — were steady but understandably slower. In previous years, fans would head out early to catch some of the runners heading through nearby Kenmore Square and, since Green Monster seats opened in 2003, many atop the wall would turn and try to catch a glimpse of the leaders heading into Kenmore with helicopters flying overhead in the near distance. 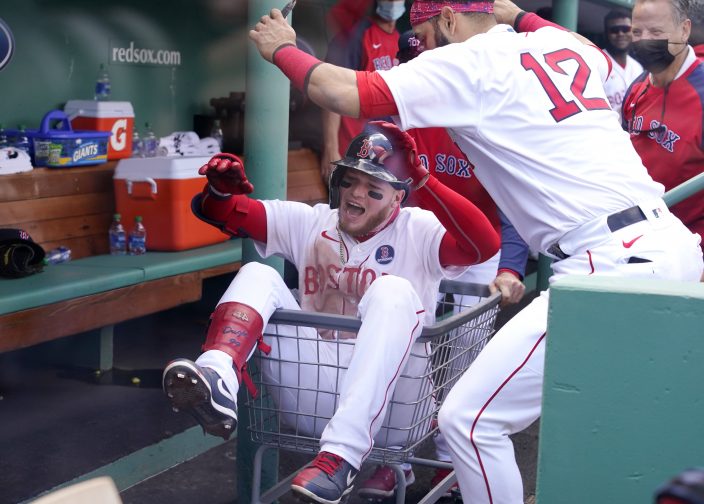 Boston Red Sox's Alex Verdugo is pushed through the dugout in a basket as he celebrates his solo home run with teammate Marwin Gonzalez (12) in the third inning of a baseball game against the Chicago White Sox at Fenway Park, Monday, April 19, 2021, in Boston. (AP PhotoElise Amendola)

White Sox manager Tony La Russa brought DH Yermín Mercedes in to pitch down six runs in the seventh. He gave up a run. INF Danny Mendick worked a scoreless eighth, striking out Cordero on a 63.7 mph curveball. He got Hernández to ground out on a 39.6 mph curve. 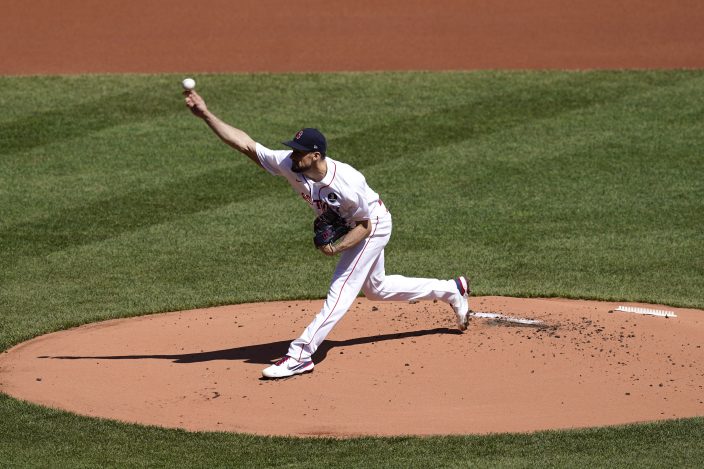 White Sox: La Russa said RHP Lance Lynn, on the injured list with what the manager said was something a neck/shoulder issue, will be examined. … SS Tim Anderson and RF Eaton were back in the lineup after getting the second game off Sunday.

Red Sox: 2B Christian Arroyo was out, and nanager Alex Cora said Arroyo was banged up. … SS Xander Bogaerts got the day off.

White Sox: LHP Carlos Rodón (2-0, 0.00 ERA), who threw a no-hitter at home in his previous start against the Indians, is slated to face them on the road Tuesday. RHP Zach Plesac (1-1, 5.27) is scheduled for Cleveland.