Miami Marlins center fielder Starling Marte will be sidelined for at least a few games with a broken left rib.

An MRI on Monday revealed a non-displaced fracture, meaning the rib maintained its proper alignment, the Marlins said. Marte will refrain from activity for five to seven days before being evaluated, and he's expected to go on the injured list.

Marte grimaced while batting with two outs in the ninth inning of Sunday's loss to San Francisco and left the game. He's batting .316 with an OPS of .912, three stolen bases and two home runs. 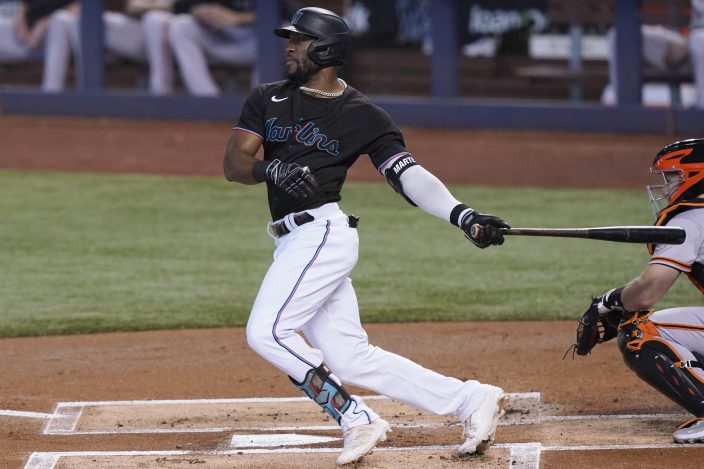 Miami Marlins' Starling Marte grounds into a force out during the first inning of the team's baseball game against the San Francisco Giants, Saturday, April 17, 2021, in Miami. (AP PhotoMarta Lavandier)

Last year Marte led the majors by playing in 61 games in the abbreviated season for the Marlins and Arizona. But he broke his left hand in the playoffs when hit by a pitch.