The Houston Rockets say that guard Sterling Brown was assaulted by unknown individuals after the team arrived in Miami late Sunday night, suffering cuts to his face.

Brown was not playing Monday against the Heat, though the team said that was because of a recent knee injury that has kept him out for a total of five games and not the altercation.

“Last night, Sterling Brown was the victim of an assault,” the Rockets announced in a statement issued Monday evening. “He had no prior knowledge of or interaction with the assailants. He suffered facial lacerations but will make a full recovery.” 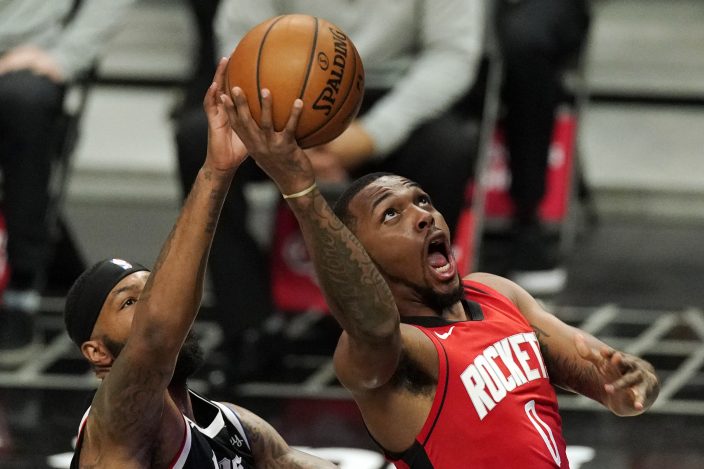 The team did not divulge any other details. It was not immediately known if any incident reports were filed with police.

Brown sued officials in Milwaukee after getting taken to the ground, shocked with a Taser and arrested during an encounter surrounding a parking violation with police in 2018, contending in that lawsuit that police used excessive force and targeted him because he is Black.

Brown illegally parked in a disabled spot outside a store and was talking with a group of officers while waiting for his citation when the situation escalated. He did not immediately remove his hands from his pockets, as ordered, and officers used a stun gun. Brown and the city agreed on a settlement where he would receive $750,000 plus an admission from the city that his civil rights were violated was agreed to last November.

Brown was among a small group of NBA players invited to the Vatican last fall to speak with Pope Francis, who hailed them as “champions” for social justice. Brown told the pope about what he and the Milwaukee Bucks went through in the NBA’s restart bubble — particularly when they decided to sit out a playoff game against Orlando in response to the shooting of Jacob Blake, a Black man, by police in Kenosha, Wisconsin.

Rockets coach Stephen Silas said he spoke with Brown on Monday and was relieved that he would be fine.

“Heart-wrenching. Rips your heart out,” Silas said. “It’s one of your guys, someone on your team that you care about, someone that you’re with every day. As far as how I’m feeling and how the team is feeling, we’re all just thankful, No. 1, that he’s going to be OK — and also down about what happened.”

Brown is averaging a career-best 8.2 points this season, his fourth in the NBA and first with the Rockets. He spent his first three NBA seasons with Milwaukee.