Frank Jackson scored 20 points, including a tiebreaking baseline drive in the final minute, lifting the Detroit Pistons to a 109-105 victory over the Cleveland Cavaliers on Monday.

Jackson was fouled on his basket with 29 seconds left. He missed the free throw but the Cavaliers couldn’t secure the rebound. Josh Jackson grabbed it and then scored to go up 107-103 with 16.5 seconds remaining, giving the Cavaliers their fifth loss in six games.

Collin Sexton scored 28 points and Darius Garland added 23 for the Cavaliers. The backcourt scored the final 20 points for Cleveland, which is fading in the race for the play-in tournament in the Eastern Conference. 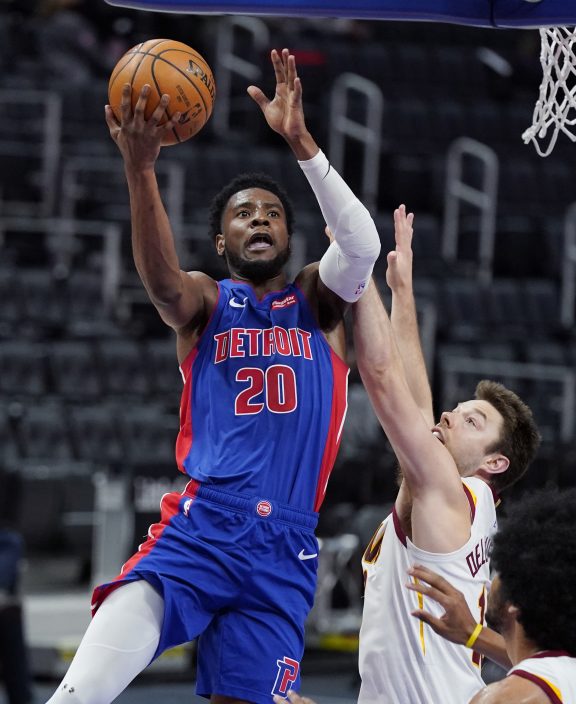 Saddiq Bey scored 20 points for the Pistons, who started three rookies and a second-year player making his first career start.

Cleveland was outscored 30-6 on 3-pointers in the first half but whittled the halftime deficit to 62-53. 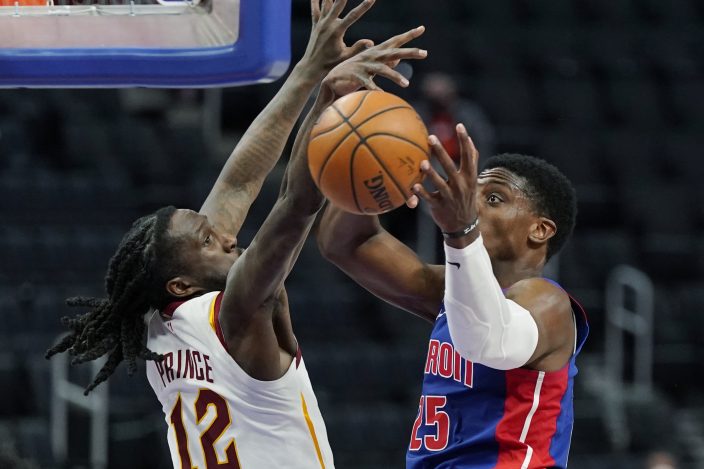 The Cavaliers tightened up the 3-point defense after that, keeping Detroit scoreless beyond the arc for the entire second half.

Cleveland had the deficit down to two until Frank Jackson scored the last six points in the quarter to put Detroit up 84-76.

The Cavaliers scored the first six points of the fourth and finally took their first lead on Garland's 3-pointer with 6:19 remaining, going up 92-90. 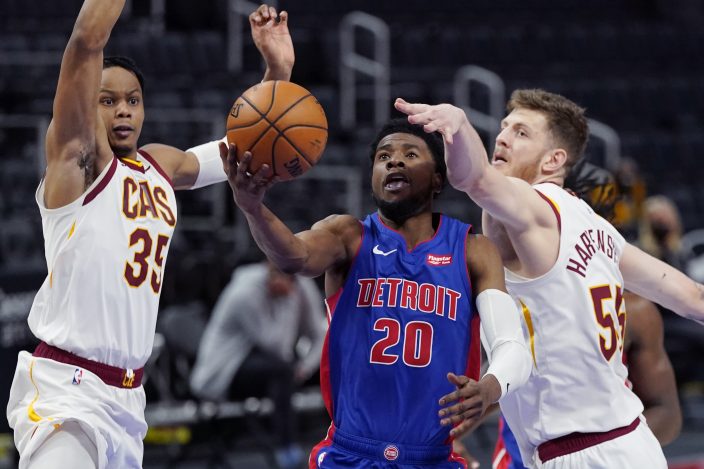 Rookie Isaiah Stewart was strong inside again, as his hook shot put the Pistons up 103-101 with 57 seconds left.

Garland drove for a score to tie it for the final time. 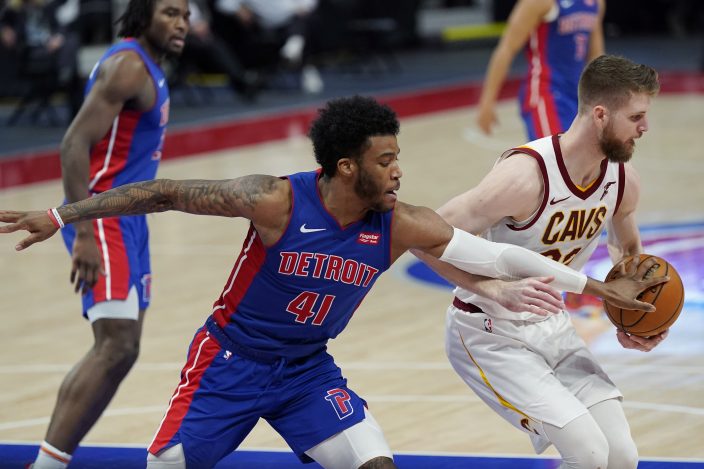 Cavaliers: Larry Nance Jr. was out for personal reasons, and coach J.B. Bickerstaff said he had nothing to add to that before the game. Nance missed seven games recently before returning for the last three.

Detroit’s Cook notched his career high against his former team in his first career start.

Bey set the NBA rookie record for most games with six or more 3-pointers with five.

The Villanova rookie broke his own franchise record for 3-pointers made in a quarter by a rookie with six in the first. He was one shy of the all-time NBA mark for a rookie set by Coby White of Chicago last season.

Bey’s 18 points in the first quarter were the most in any quarter for a Pistons’ rookie since 2012.