Sam Bennett and Radko Gudas also scored for the Panthers, who have won five straight games against the Blue Jackets and gone 6-0-1 in their last seven meetings.

Vatrano's second goal was an empty-netter at 18:38 of the third after he was stopped on a penalty shot earlier in the period. 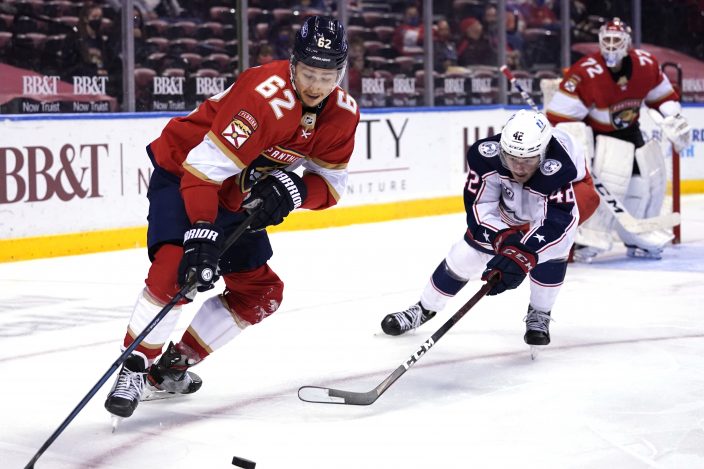 Oliver Bjorkstrand got his team-leading 15th goal and Zac Dalpe also scored for Columbus, which has lost three straight.

Vatrano had the only goal in the first period, beating Merzlikins top shelf for his 16th of the season at the 11:40 mark. 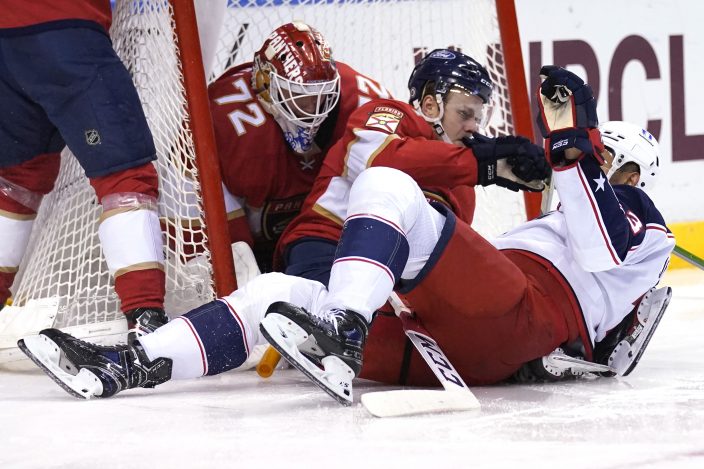 Uncontested in the low slot, Vatrano converted the unassisted one-timer after the puck caromed off Columbus defenseman Seth Jones’ skate. It was Vatrano’s seventh goal in his last 10 games.

Just 59 seconds into the second period, Bennett made it 2-0 with his first goal for Florida on a wrister past Merzlikins off a return pass from Jonathan Huberdeau.

Bennett has three points in two games since being acquired from the Calgary Flames at the trade deadline. 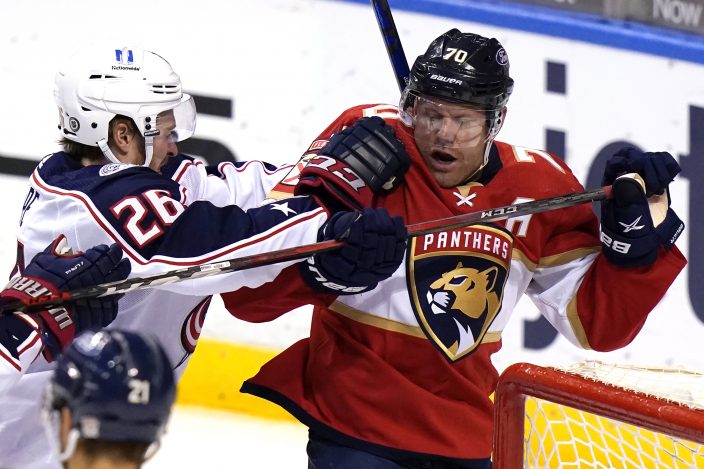 Duclair’s pair of helpers extended his point streak to four games (two goals, three assists) since returning to the lineup last Tuesday after missing six games due to injury.

Only 41 seconds after Bjorkstrand cut the deficit to 2-1 at 13:22 of the second, Gudas upped the advantage to 3-1 with a drive from the high slot.

Columbus made it 3-2 when Dalpe tipped the puck past a sprawled out Bobrovsky with traffic in front eight minutes into the third period. It was Dalpe’s second goal this season. 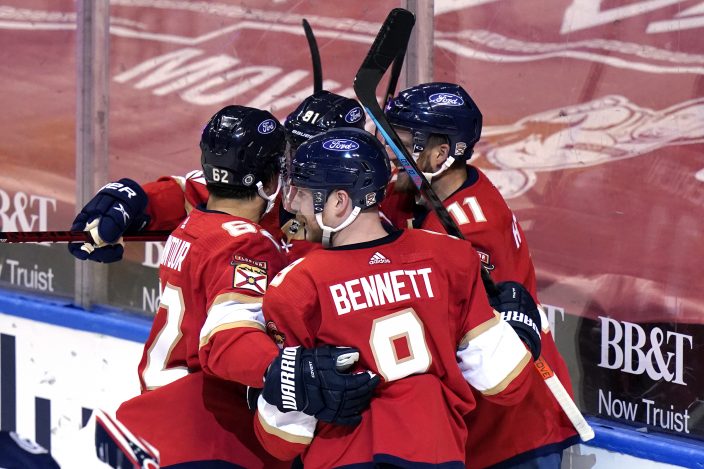 Florida Panthers center Sam Bennett (9) is congratulated after scoring a goal during the second period of an NHL hockey game against the Columbus Blue Jackets, Monday, April 19, 2021, in Sunrise, Fla. (AP PhotoLynne Sladky)

Vatrano was awarded a penalty shot in the third period, but Merzlikins made a pad save.

The Panthers are without another defenseman after MacKenzie Weegar was scratched from Monday’s first of back-to-back games against Columbus with an upper-body injury. Weegar, who is listed as day-to-day, was not on the ice for Florida’s morning skate.

Florida forward Carter Verhaeghe, meanwhile, skated with the taxi squad. Noel Acciari, who is day to day with an upper-body injury, missed his second straight game.

Panthers rookie goalie Spencer Knight was recalled to the active roster and made his first appearance in pregame warmups after being chosen to back up Bobrovsky on Monday. Florida’s 2019 first-round draft pick out of Boston College was celebrating his 21st birthday.

There were 4,041 fans at the BB&T Center, which for the first time opened much of the lower bowl previously covered with tarps.

The teams wrap up their two-game series in Sunrise on Tuesday night.