Luke Kunin and Calle Jarnkrok each scored a goal and added an assist to lead the Nashville Predators over the Chicago Blackhawks 5-2 on Monday night.

Alex DeBrincat and David Kampf scored for Chicago, which has lost two of three. 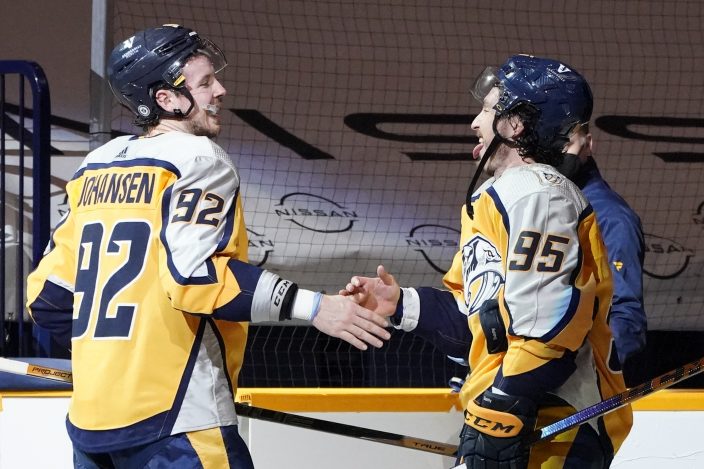 Nashville has won all six meetings between the teams so far this season as they battle for fourth place in the Central Division. Dallas, which defeated Detroit in a shootout Monday, also is involved in a tight three-way race for the division’s final playoff spot.

Duchene scored the game’s first goal at 6:22 of the opening period.

From above the left faceoff circle, Matt Benning threw the puck toward the slot, where it first tipped off Erik Haula’s stick and then Duchene’s before getting by Chicago goaltender Kevin Lankinen low to the glove side just inside the post. Nashville Predators goaltender Juuse Saros signals to his teammates in the third period of an NHL hockey game against the Chicago Blackhawks Monday, April 19, 2021, in Nashville, Tenn. The Predators won 5-2. (AP PhotoMark Humphrey)

Haula’s assist was the 100th of his NHL career.

With Chicago on a power play, Nashville goaltender Juuse Saros stopped Patrick Kane’s shot from the right side. The rebound landed on the stick of Pius Suter, who was standing just outside the crease, where he slid a quick backhand pass to DeBrincat on the left side and he beat Saros with a one-timer on the short side. 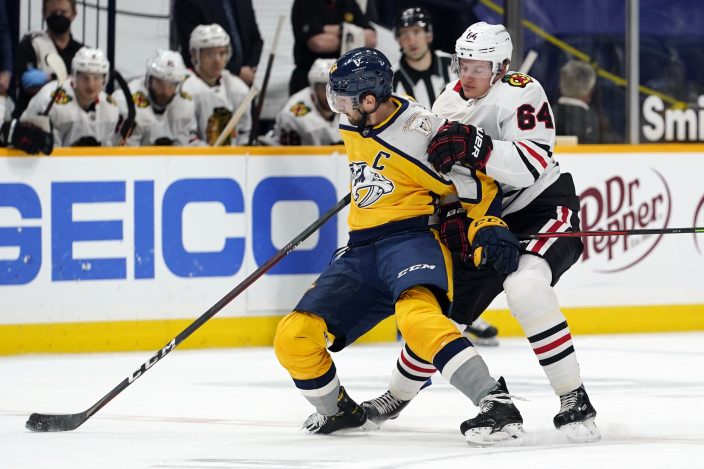 DeBrincat has at least one point in five straight games. His 23 goals on the season lead the Blackhawks.

Nashville opened the second with a couple of quick goals 51 seconds apart. Jarnkrok struck at 4:48 off a nice pass from Granlund from behind the Chicago net. Ekholm followed at 5:39 with a wrist shot from the left circle on a partial breakaway. 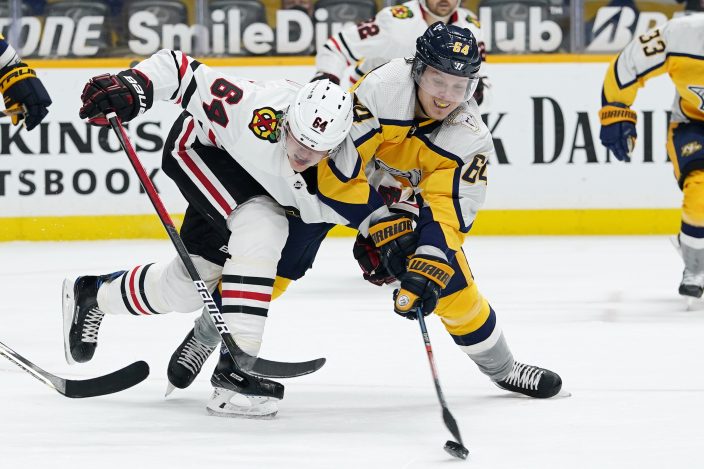 Kampf brought the Blackhawks within a goal at 11:52 of the second when he found a loose puck in the slot and rifled it by Saros for his first goal of the season.

But then Jeannot and Kunin scored 18 seconds apart in the first minute of the third to break the game open for Nashville. Kunin’s goal spelled the end of the night for Lankinen, who was replaced by Malcolm Subban after stopping 17 of the 22 shots he faced.

Subban made eight saves in relief. 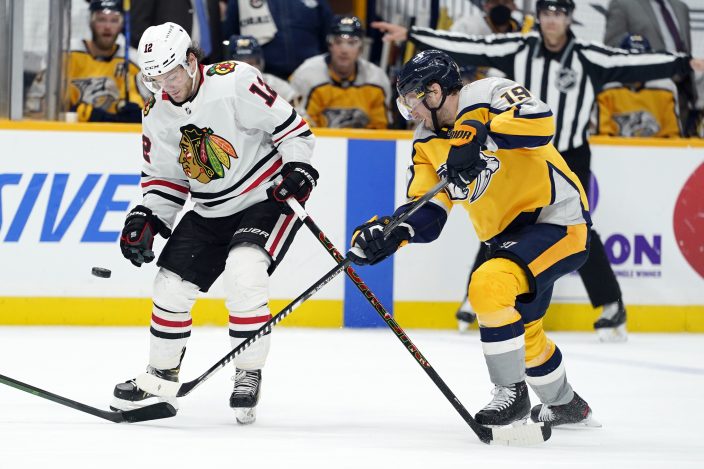 DUCHENE BACK ON THE BOARD

Duchene’s goal was his first since Feb. 11. Duchene played his second game since returning to the Nashville lineup after missing 21 games with a lower-body injury.

Blackhawks forward Brandon Hagel missed the game after being placed on the NHL’s COVID-19 list due to pending test results. 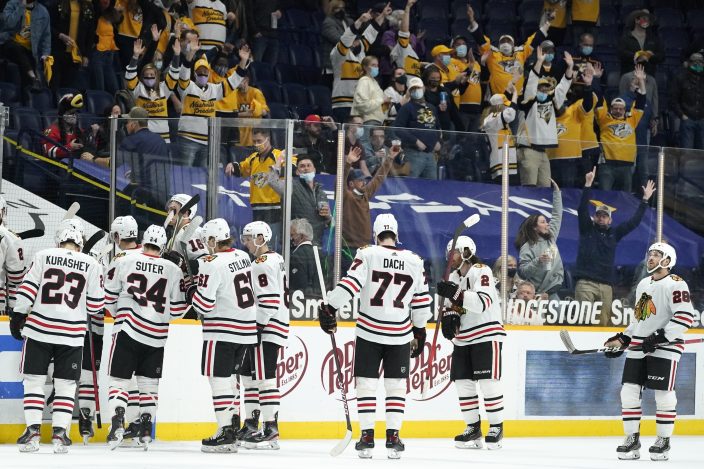 Hagel has six goals and 10 assists in 42 games played this season.

Adam Gaudette made his Blackhawks debut after being acquired from the Vancouver Canucks in a trade last Monday. Gaudette picked up an assist on Kampf’s second-period goal.

Jarnkrok played his 500th career game — all with Nashville. He scored his 12th goal of the season, which leads the Predators.

The teams head to Chicago to play Wednesday and Friday. Those two games will conclude their season series.