Seattle handed the Dodgers a second straight loss, the first time on the young season Los Angeles dropped consecutive games. It came on the strength of a couple long balls off Dodgers starter Dustin May and a strong start by Justus Sheffield.

José Marmolejos got Seattle started with a two-run shot in the first inning that barely cleared the wall in right field. Trammell, one of Seattle’s top young prospects, added a solo homer to deep left-center in the second inning, and his RBI double with two outs in the fourth capitalized on an error by second baseman Chris Taylor for a 4-2 lead. 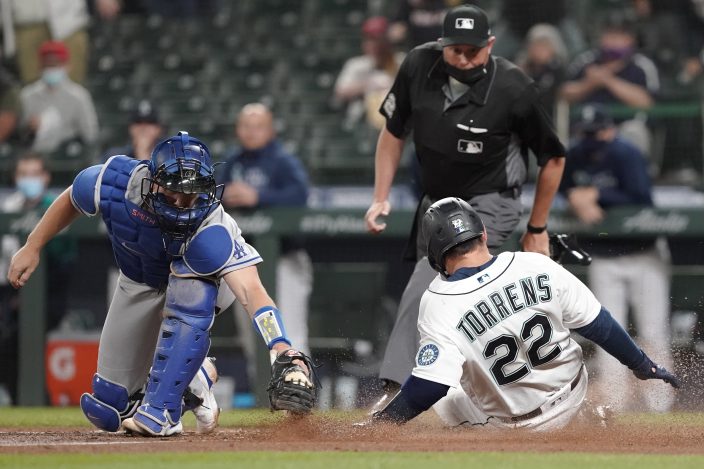 The Dodgers threatened in the seventh with two runners on and one out, but Kendall Graveman struck out Justin Turner and Moore made a leaping catch at third base to rob Will Smith of a base hit that would have tied it.

Los Angeles threatened again in the ninth against closer Rafael Montero after a walk and hit batter put the tying run at second with one out. Seager grounded into a game-ending double play, and Montero recorded his third save. 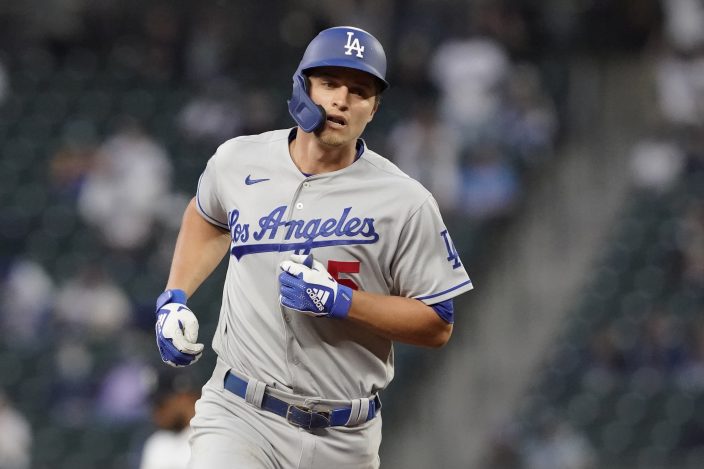 May (1-1) struck out eight, but the two long balls were the first homers he’s allowed this season.

Seattle 3B Ty France was replaced after getting hit on the right forearm by a 98 mph fastball from May in the fifth inning. France initially stayed in the game but was removed before the start of the sixth inning. X-rays were negative.

Dodgers: OF Cody Bellinger is traveling with the Dodgers and ramping up his baseball activity. Manager Dave Roberts said Bellinger (calf) did some light jogging, fielding and took some swings before Monday’s game. “Today was a good, considerable day. Hopefully he comes out of today feeling good and we just continue to progress,” Roberts said.

Mariners: Seattle expects AL Rookie of the Year Kyle Lewis to make his season debut Tuesday. Lewis has been out for nearly a month due to a bone bruise in his knee suffered late in spring training. Manager Scott Servais said Lewis played in an alternate site game Monday and appears set to be brought off the injured list. ... Servais said the team has arranged a vaccination clinic for players and staff following Tuesday’s game. The Mariners are off on Wednesday before opening a series in Boston on Thursday. Servais said as of now he doesn’t believe the Mariners will get to the 85% vaccination rate among Tier 1 personnel that would lift some COVID-19 restrictions teams must currently follow. 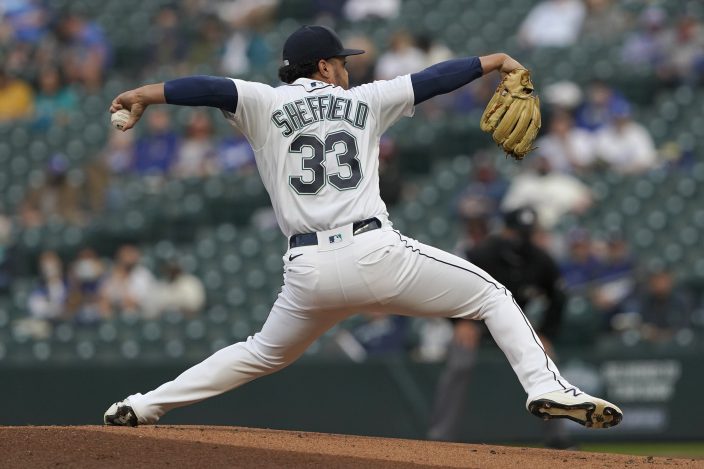 Dodgers: LHP Julio Urías (2-0) looks to remain perfect on the young season. Urías gave up a season-high four earned runs in his last start against Colorado.

Mariners: LHP Marco Gonzales (1-1) makes his fourth start of the season. Gonzales was roughed up in his first two starts but allowed just two runs and three hits in his last start against Baltimore. 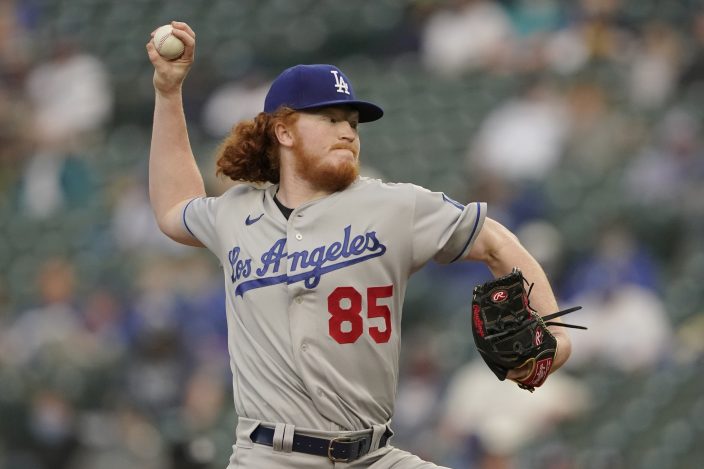 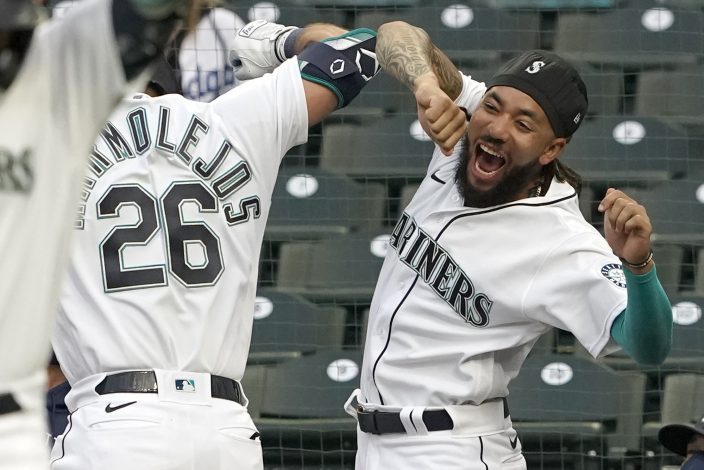 Seattle Mariners' Jose Marmolejos (26) is greeted by J.P. Crawford, right, at the dugout after hitting a two-run home run against the Los Angeles Dodgers during the first inning of a baseball game, Monday, April 19, 2021, in Seattle. (AP PhotoTed S. Warren)